In the Book of Mormon, there is a prophet named Abinadi (like Moses, Jeremiah, etc.) who castigates a corrupt priest class for their worship of false gods and other vices.

Thou shalt not make unto thee any graven image, or any likeness of any thing in heaven above, or things which are in the earth beneath.

Wow! Sounds to me like he's denouncing the worship of reptilians or other cave-dwellers. Of course, reptilians aren't the only creatures who dwell underground: chimeras, little people, etc. But I can't think of many others who can dwell "in water under the earth."

Reptilian creatures are known to live underwater in many cases, e.g., crocodiles, alligators, snakes, etc. At least, they spend great portions of their time underwater.

Giant reptiles who live underwater are also mentioned in The Coming Race (chapter 18). The Vril-ya called them "Kreks." They were extremely aggressive and dangerous creatures with a vicious appetite. Some of them exhibited above-average intelligence for what was supposed to be a dumb animal. Perhaps they have two-legged cousins with intelligence which dwarfs that of man...

Perhaps the people in ancient America were building idols to please reptilian creatures? The same sort of thing happened in ancient Mesopotamia and Asia! Maybe they even saw the real deal from time to time. Food for thought.

Ephraimite , if I am correct , you are a part of the Mormons / Latter Day Saints Community ? If yes , could you please share some of their literature with this group , even mythologies if any.

In case my intuition is correct , we may find few unexpected and surprising correlations with legends of some ancient cultures as well .

@sidharthabahadur Yes, you are correct. What kinds of literature or mythologies would you like to know about? This could cover many different areas and fields of interest.

@Ephraimite , actually I meant any literature that links back to ancient events/stories , the older it is , the better it might be for correlation with other ancient cultures . That may help us validate some of the hunches we've got .

@sidharthabahadur Some of our most ancient stories may be found in the Pearl of Great Price, which basically clarifies portions of the Bible such as the story of Adam and Eve or Moses. That would be a good starting point for discussion on this point, I think.

@Ephraimite it seems perhaps some of these points should too be separated out into their own thread(s) vs cluttering this great topic up.

The Brother of Jared, or Mahonri Moriancumer, (whose faith was so complete that he not only beheld the finger of Jehovah (the pre-mortal name of Jesus The Anointed One; aka Christ, aka Messiah), but also spoke to him face-to-face - having had to have been "transfigured" to behold His glory) and his journey from Babel to America (it appears North America, and perhaps more specifically northern New England and Canada from what I'm now gathering) would be worthwhile to understand as a pretext to - what I'm thinking - the giant bones that have been, and are being, found (and hidden or destroyed). Moves my mind back to Jim Viera and his brother.

Perhaps I'm entirely off here, but aside from the clear evidence for the Book of Mormon and Nephites / Lamanites in North America, there's also a potential link to the "giant" connection: 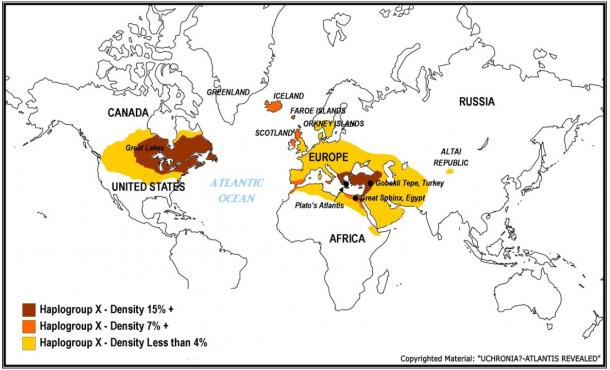 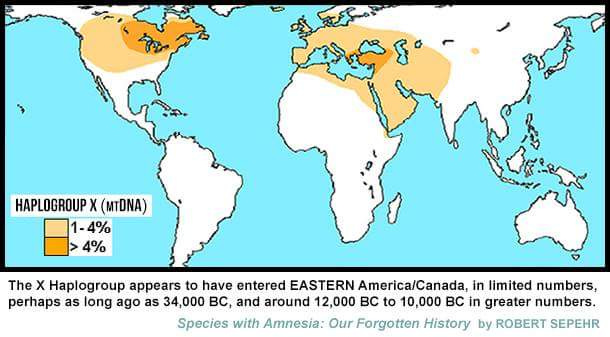 @Ephraimite , actually I meant any literature that links back to ancient events/stories , the older it is , the better it might be for correlation with other ancient cultures

Well, there are the Jaredites who came over to the Americas in 8 submarines soon after the fall of the tower of Babel (it doesn't call them submarines; it calls them vessels that are tight like a dish). It kind of reminds me of the Hopi folklore where they came to the Americas in a straw.

@SilverMoon there is some possible evidence and intimations that the Jaredites were, in fact, giants that came out from inside the Earth's concave surface and that the ACTUAL (not the middle eastern one) Tower of Babel was also inside the Earth... It makes tremendous sense when we start to dissect it and consider evidence that is largely minimized or hidden.

When the people of Limhi tried to find the rest of the Nephites, but got lost and found the bones and weapons of a destroyed people, they said the people were large - and they brought back some of the weapons as proof that they told the truth. It makes sense that they (the Jaredites) could be giants.

I never thought of the tower of Babel being inside the Earth. I wonder what they were trying to reach if that is the case (the inner sun?).

Good observation @SilverMoon - yes: regarding size and proof and why they would feel the need to do that.

Yes, remember that the inner sun is the realm of the Gods on this planet. The scriptures are repleat with imagery - and for good reason - of multiple kingdoms. Just look at this Jain Map of Earth - Manuṣyaloka (मनुष्यलोक - “middle planetary systems, specifically this earth planet”)

There are clearly three layers and the outer surface has been identified as the "telestial" while the Gods dwell in the "celestial" and beings of a higher order dwell in the "terrestrial" (likely inner concave giants and others who have made it back in, including John the Beloved and other "translated" beings who have that as their "headquarters" so to speak). I suspect the cavern world, aka hell/underworld/etc. is perhaps an outer darkness (due to the way the gravity well there could work makes this also would be interesting possibility for spiritual captivity and it is kind of the abyssal region of sorts). This all just fits ALL too well for this to be coincidental.......

Well, there are the Jaredites who came over to the Americas in 8 submarines soon after the fall of the tower of Babel (it doesn't call them submarines; it calls them vessels that are tight like a dish). It kind of reminds me of the Hopi folklore where they came to the Americas in a straw.

If you're interested in this topic, you may also find these other topics interesting and enlightening, which have reflected some of my more recent areas of research in this vein: