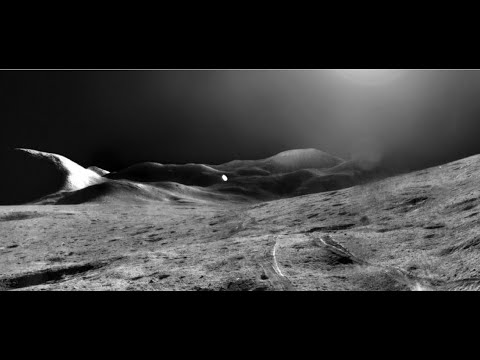 Wow, very interesting stuff... I do have to say, though, that some of these shapes are quite possibly whale bones as per Devon Island, Canada - Source of Mars photos?. This starts to become especially evident if you search for whale spine at DuckDuckGo.

Especially notice this around 6:30 in:

What a very interesting observation.

You know, at 7:32, and various other moments, it is clear that there are a few roads that pass in front of the supposed mountain, to the right, and then go towards behind it.

It is the most obvious anomaly but he didn't mention it.

Maybe we have to stick with vintage images. I certainly don't trust Rover, for example.

Eg, vintage photos such as these?: Interesting photos of Moon: "Vintage NASA Photographs 1964-1972"

What I think we really need to do is figure out how to make direct observations better. Can we enhance telescopic captures further? The ripple that has been observed is concerning in that there may be a kind of field of force or image overlaid over the Moon so as to eliminate our being able to see what is going on there. So, so, so many strange things about the Moon that we just ignore because of it's ever-presence and commonness.

And there is enough evidence to show that The Moon has an atmosphere:

But it always ends up the same. The next day, people have to get up and go to work and they forget everything. "Sometimes people stumble over the truth in life but usually, they get up again, dust themselves off ,and then continue along their way as if nothing had ever happened".

That's the way it is on this list, too.

The problem is that, if we succeed in informing everyone about The Moon having an atmosphere, we simultaneously disprove Newtonian gravity and practically indicate that gravity effects are due to electromagnetic attractions and repulsions.

And that is a no no, and that is a brick wall. Life and progress on the surface of the Earth has been oriented and led, for thousands of years, probably, and intensely so for at least a few centuries; by other societies and civilizations which are not from the surface of The Earth. But they seem to have vested interests and NOBODY from below the surface wants us to know anything about what there is below. They seem to be dead-set against it.

Think about the following: What if the communism in Russia, and the authoritarian nature of the current more-or-less democratic government, all were put into place to keep people from having enough freedom such that they would be able to poke around the Arctic opening with all the new technology, such as radio communications and aircraft?

And what if the socialism that those knaves are currently trying to install has something to do with the new technology that is being introduced in our society and the world over, such that we can't betrusted with it and we have to be monitored and controlled? Imagine if antigravitics were well understood and applied in the current North American society and then somone decided to organize a "Kenosha" riot? The freedom that currently exists in the western democracies is not consonant with the idea of making antigravitic technology available.

So we are being given great technological knowledge but we are being dumbed down in terms of political science and history; enough to slide us into a control-mongering socialist political framework that will channel, guide and limit what we do with technology.

Soretna, the world is controlled, and they're only going to let us progress according to their framework. So the powers-that-be won't let us get so far so as to make penetrating and widespread presentations about The Moon being inhabited, having an atmosphere, and there being constructions all over the place and such. The powers-that-be drown out our voices and make confusing and opposing presentations.

We've done everything right and discovered just about everything, but sometimes I think we can't win for losing. Now they show the Apollo smokestack pictures and say that there are aliens living below the lunar surface and that they produce oxygen from rocks and that they are mining, and stealing from "our" Moon!

So when we finally prove things, they put a spin on it according to their desires.

I think that the hollow earthers, for example, wish us well but feel that we just cannot come to know about them and are willing to hijack our society and do whatever it takes, including subjugate us and limit us, to make sure that their secret doesn't get out.

As far as the astronomical profession is concerned, they control all the large telescopes and don't divulge everything. They send probes to The Moon and doctor everything up, and do up phoney images and film clips on Devon Island. And they are all in cahoots; communist, capitalist, democratic nation or whatever. It's eerie.

And backyard telescopes, even the large ones, cannot pick up on the mechanization - the machinery, the movement and the vehicles - that are active on the surface of The Moon. I don't think they need to have a field force at work.