Marie Tharp was born on July 30 1920, in Ypsilanti Michigan. Who knew on this day that she would one day turn on a light under the ocean waves?
Today my dear friend Marie would be 100 years old. She once told me that she uncovered the biggest discovery on earth...and boy was she right! Her persistence and insistence gave us definitive answers and she presented us with the Mid-Atlantic ridge and the rift within it. Nothing she did as a scientist was for personal gain. As a matter of fact, she wasn’t even referred to as a scientist during her early years, she was hired as a drafter. She was later given the title of oceanographic cartographer. She was brilliantly passionate about accuracy in her work. And once she realized what she was looking at as she plotted the depths of our great oceans, she could not be stopped. As a woman in the science world this was even more challenging. But she ignored the nay saying and thanks to her we are able to understand sea floor spreading and the science of plate tectonics. Before Maries work, the belief was that the sea floor was flat and sandy. She spent much of her life at a desk with piles of information that said differently. Women, at the time were not allowed to be on ships or submarines where the information was gathered. Yet, she understood the geographical nature of the ocean floor better than the men out at sea. Together with her partner Bruce Heezen she created the first comprehensive map of the World Ocean Floor! Today and everyday we celebrate her as a woman of discovery and a pioneer in science.

I was blown away after I found her work at the Library of Congress:

The details are incredible! Just look at the coast of California: 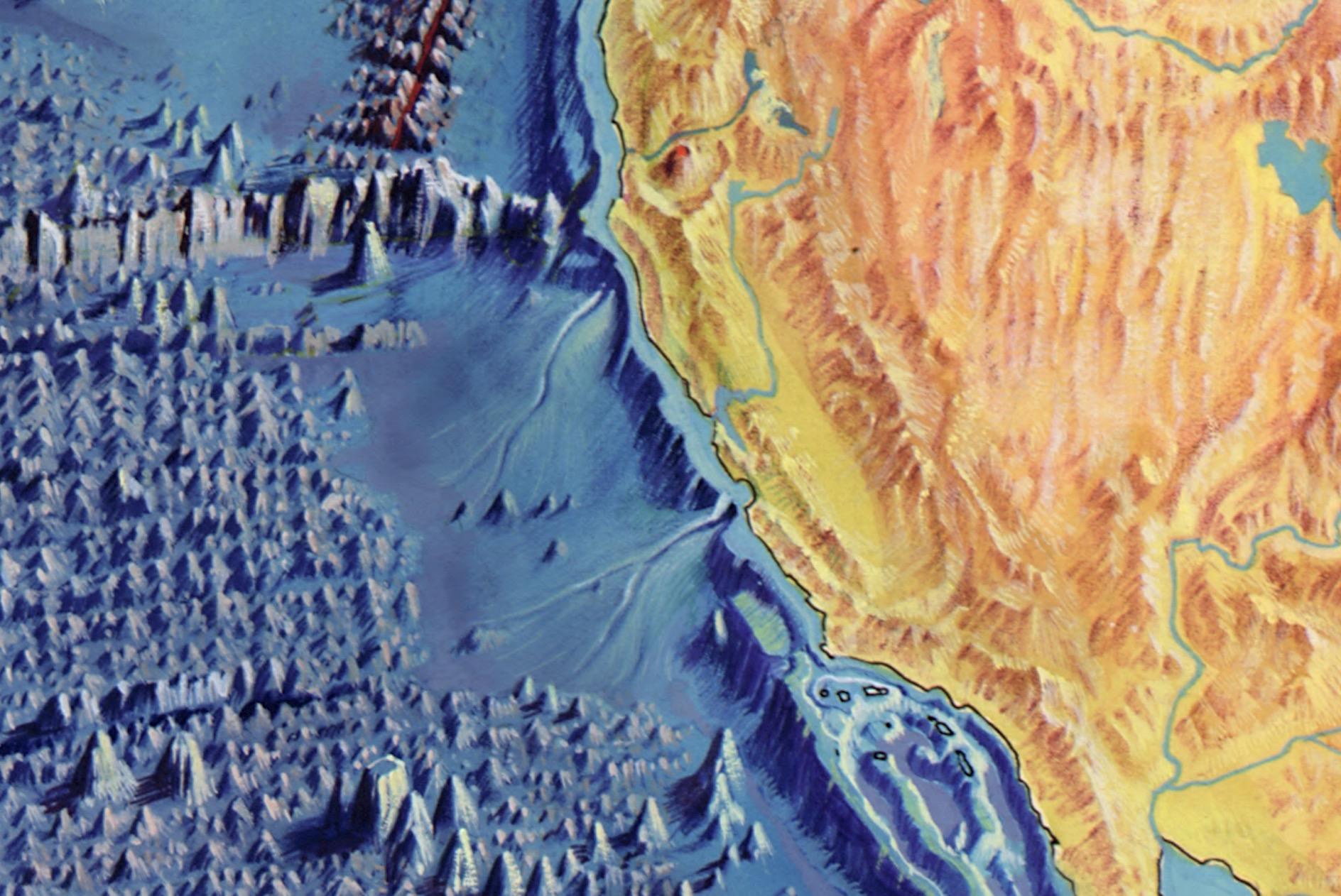 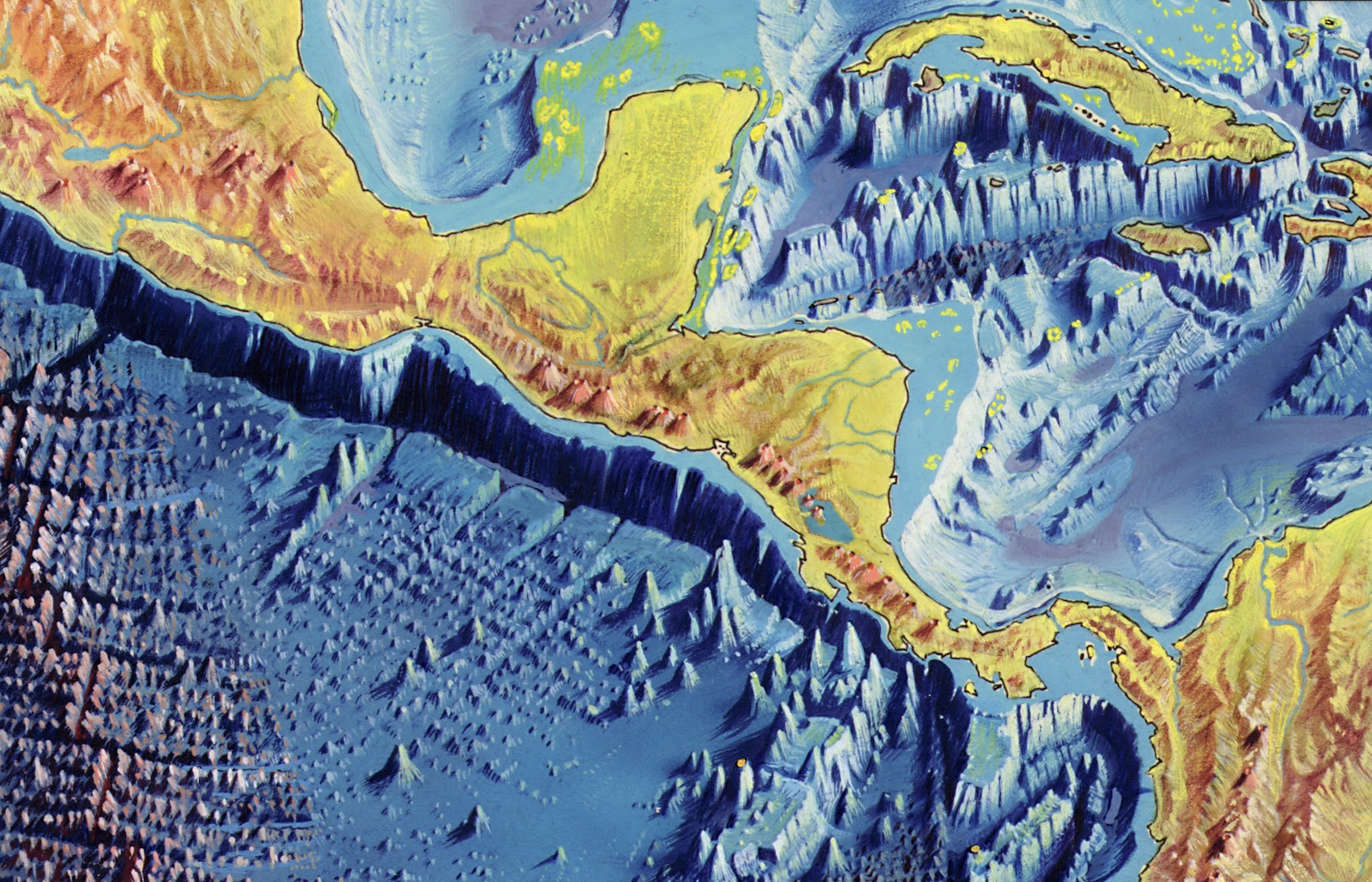 There are some pretty deep places near Egypt that make you go "Hmmm": 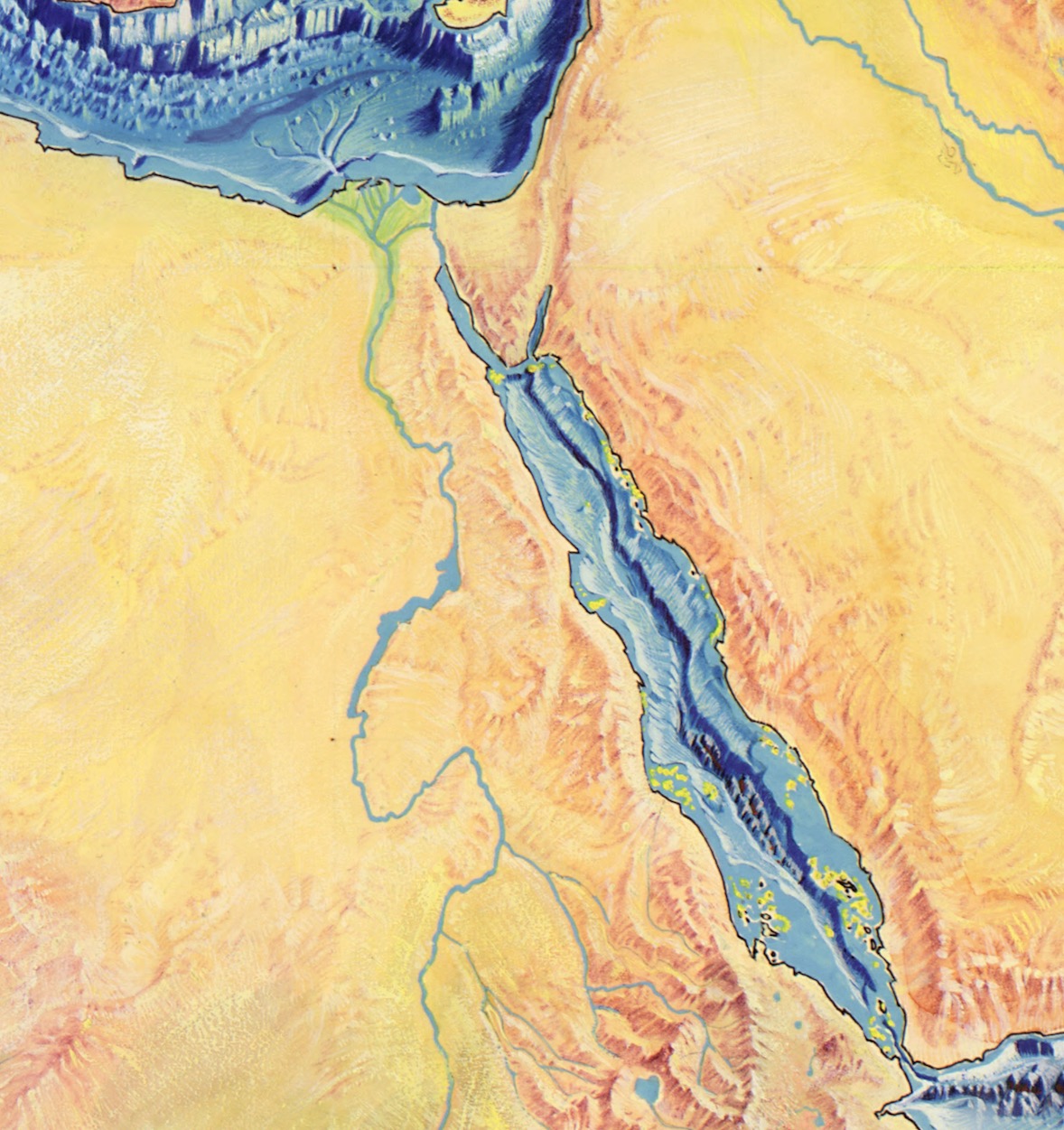 Japan is terrifying - look at all of those volcanos aside from all of the deep regions that likely have some interesting things going on there: 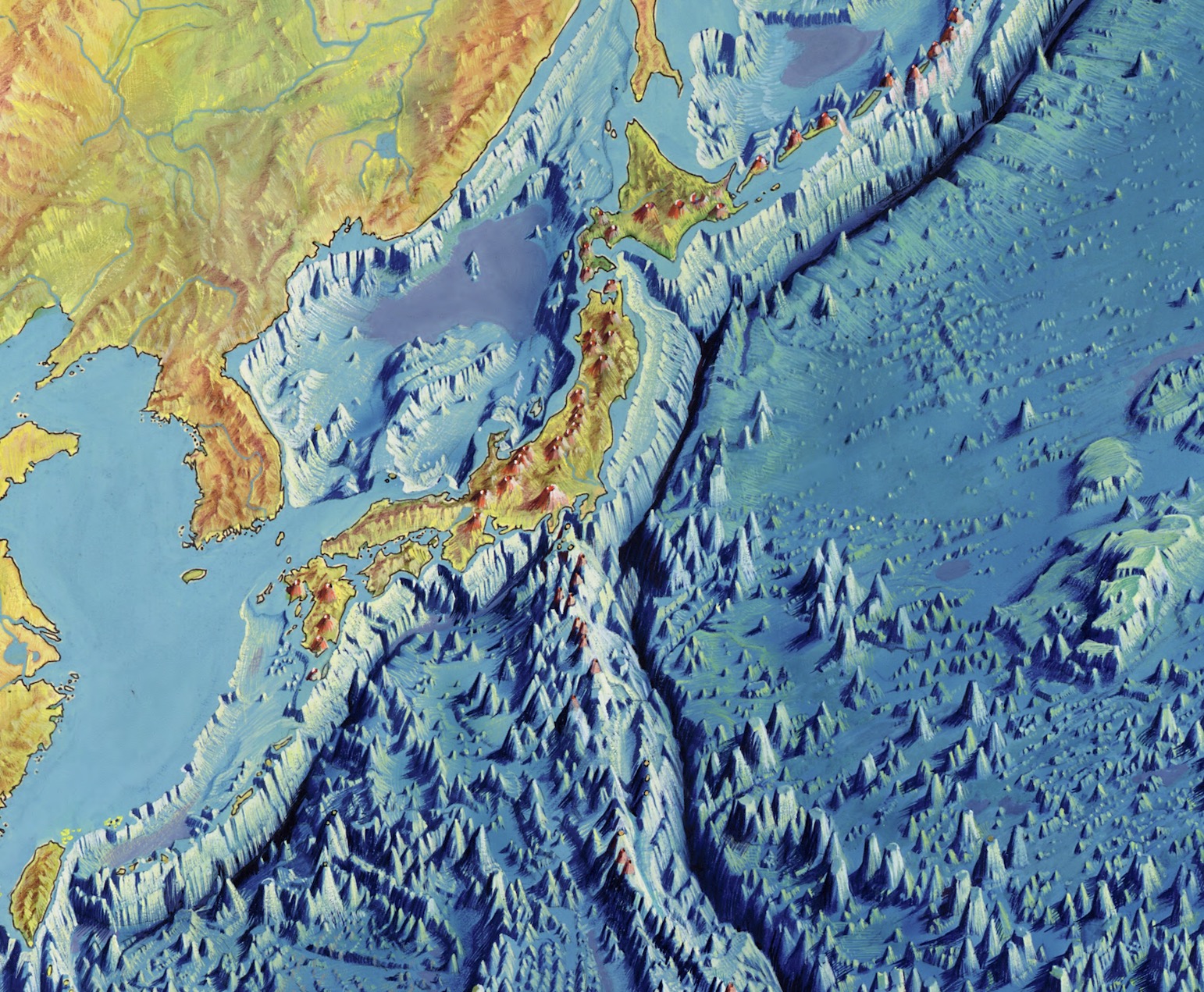 Anyone care to wager where Friesland was?: 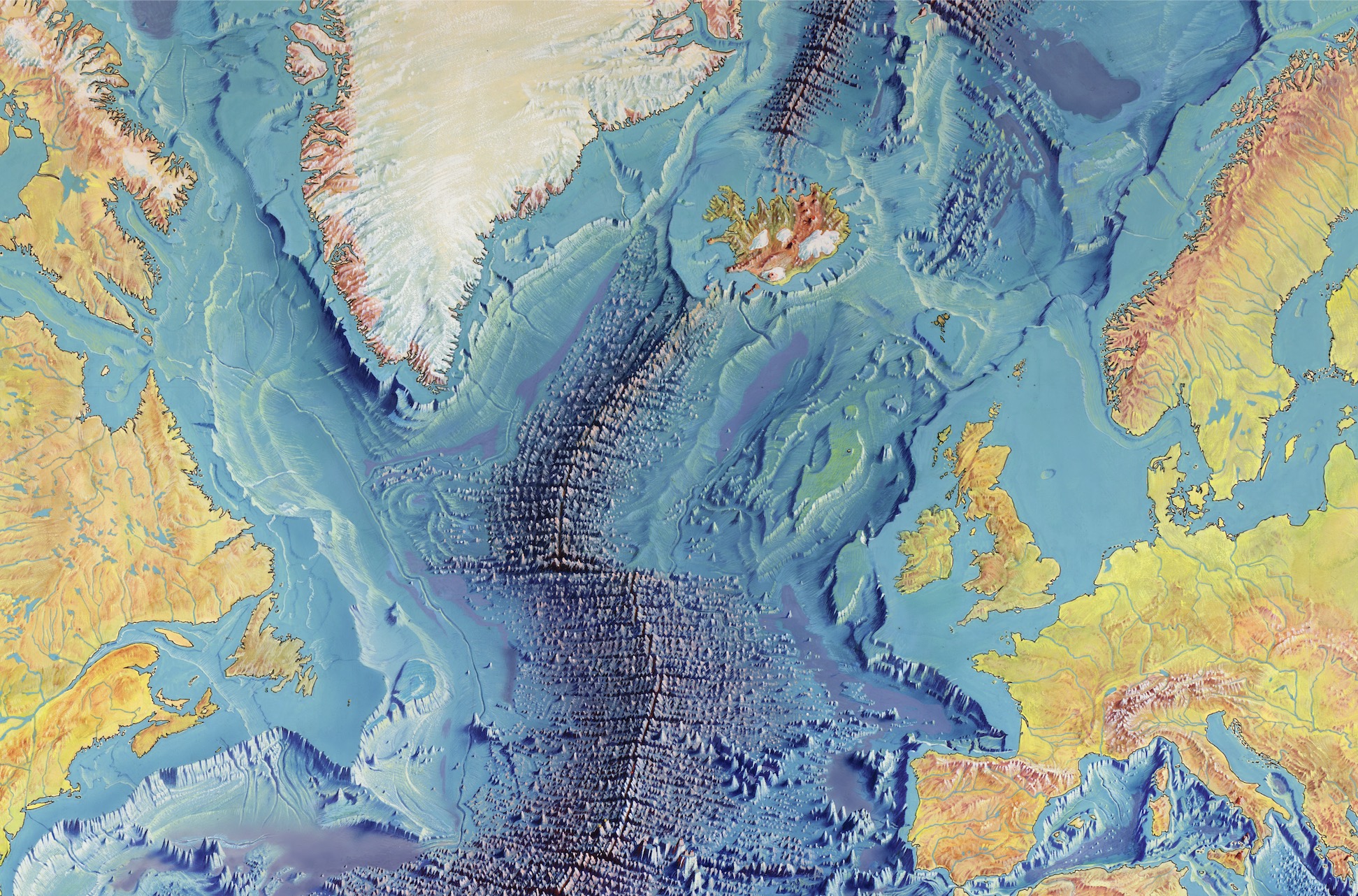 There are so many more interesting things of which to take note! HAVE FUN!

Totally fascinating! I'd love to see someone do this for the Arctic Ocean.

Yes, I was highly disappointed to see the cutoff zones. It may be worth trying to get into the additional info noted here and here. They indicate that there are "255 boxes (estimated 370 linear ft.)" of material.

If you note in the first link is an index map to the collection with a numbering system which I assume is a way of referring to the original material in storage: 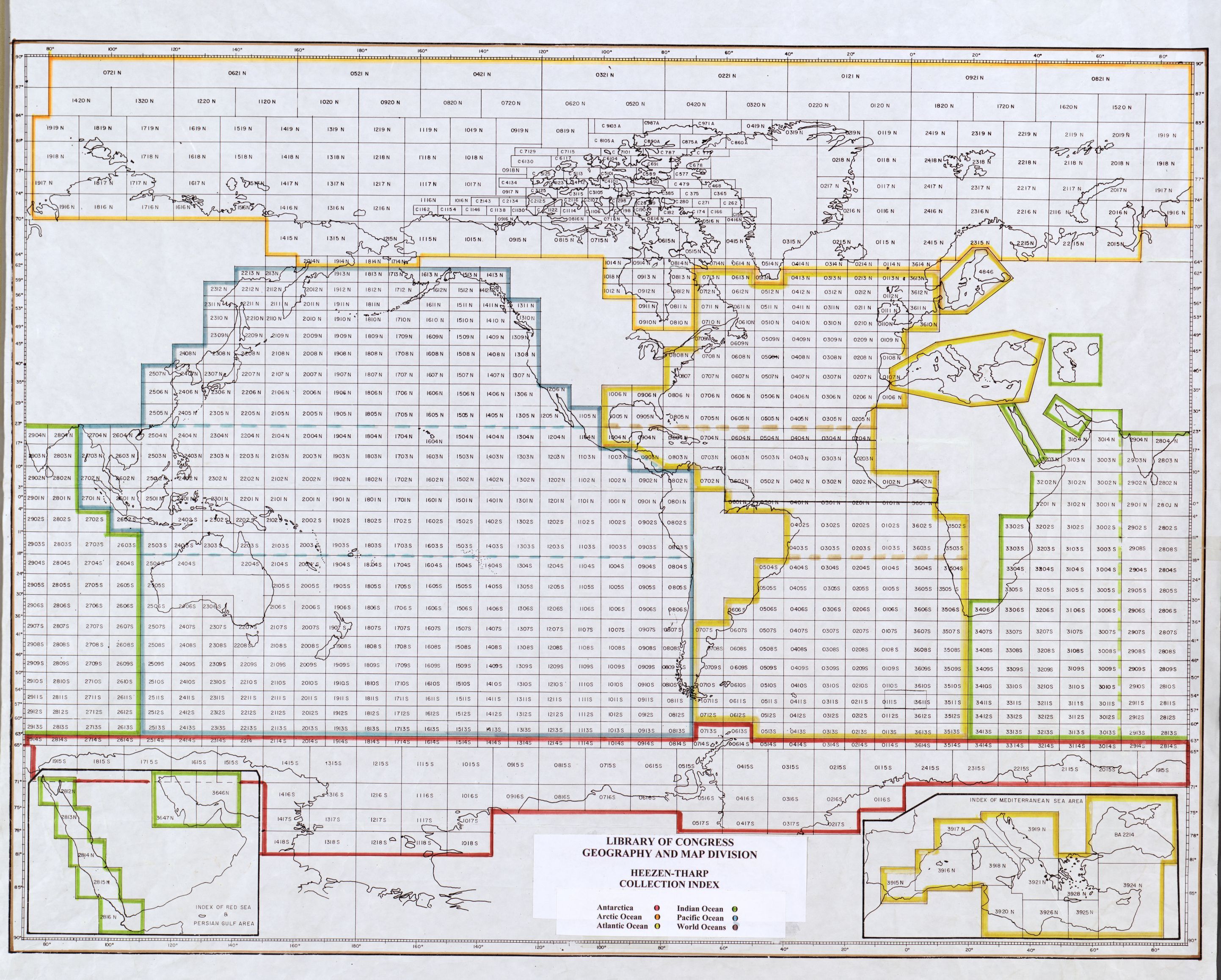 It would be fascinating to go through this in detail to see not only how this was built, but also what may be floating about that was excluded...

Wow @Soretna , these are incredible images...Japan is literally sitting on the edge of a cliff...scary !

I think a mapping of the Arctic ocean in similar level of detail must have been "CLASSIFIED" ! That is why nobody seems to have it :))