Thought it might be useful to keep a thread of UFO sightings and resources. Feel free to also post sightings and news that you think may be relevant!

The following may be useful in tracking such things: 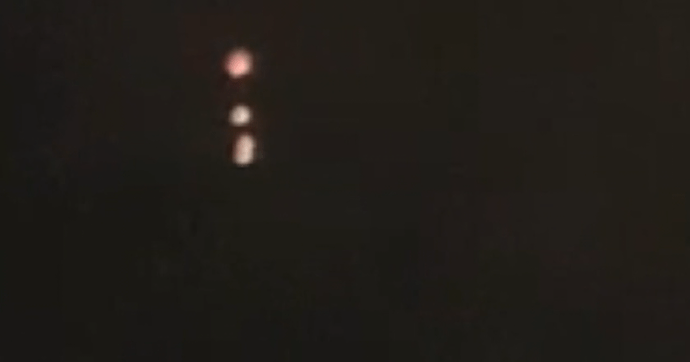 Mysterious lights hovering above the east Valley have many wondering if we've had a close encounter.

MESA, AZ — Mysterious lights hovering above the east Valley have many wondering if we've had a close encounter.

"It was pretty bright, it was about straight up over here, and it went straight that way, stopped, and it didn't seem like it was too far," said DJ Maier and Kerri Burnett, describing what they saw.

The couple says they spotted the phenomenon outside their Mesa home on Sunday around nine that night.

They say the object seemed to come from the southeast.

"It started moving kind of diagonal across, I was trying to figure out which way it was heading, and that's when we noticed it started dropping things from it," said Burnett.

The object captured on two cell phones looks like a bright orb hovering silently in the sky. Every few moments, the object appears to drop what looks to be flares towards the ground.

"And it wasn't just us, our neighbors next door they were out, they weren't even filming. They were more in amazement, like statues, just watching it," said Maier.

Maier immediately posted the video to Facebook, and the comments rolled in but none had any explanation for what they were seeing.

"Some said it may be an aircraft, others said aliens or a comet," said Maier.

The entire event harkens back to 1997 and the mysterious Phoenix Lights phenomenon -- a mystery that remains in hot debate even today.

ABC15 reached out to several aviation experts who theorized the lights seen Sunday could be from parachute flares used by the military or even helicopters or other aircraft dropping flares during training.

In fact, the Outlaw Military Operations Area sits not far from where the video was shot. But video found online of those types of exercises just doesn't seem to match.

ABC15 reached out to the Federal Aviation Administration, Luke Air Force Base and the Army National Guard, but none could say for certain what it was.

It leaves the answer to what was caught on camera to anyone's guess.

"I know what I saw, and I don't think it was from here, and I think it was definitely something else," said Maier.

@Soretna , is there any known DUMB (Deep Underground Military Base) , in the vicinity of this sighting ? Or any Nuclear Reactor nearby ? That could explain why these mysterious craft were hovering over that area .

Wow @Soretna ! Now that's exactly the sort of correlation I was hoping to see :))

We'll need to make a dedicated DUMBs thread for reference purposes... it would be a good idea for all of us to just dump things in there as we find solid reference material.

Yes , I agree , the very existence of these DUMBs really help validate so many of our ideas...even the places where they're located are always geologically significant for Hollow Earth theory .

It seems that DUMBs are essentially what are now used as access ports for the inner-earthers to come and go within the context of our current society. Why use dingy dank caves that are sub-optimal at the near-surface level when they have high-class military-protected designated ports that also prevent prying eyes?

Note my modification above. It would be great to just pour anything we find in this regard into that topic / thread.

Soretna , very true . The deepest cavern networks on Earth have likely become convenient places for the most advanced DUMBs to be built . Also , such bases simply cannot be built or operated/sustained without using sophisticated GPR and LIDAR technology .

Triangle UFOs are being reported in Texas right now. The latest triangle UFO was seen just south of El Paso, however when the witness viewed the UFO further, it looked still and solid orange in color. What is also interesting about this craft is it...