The incredible Mystery of the Balochistan Sphinx

List members , I bet most of you have never ever heard of this place called Balochistan....well in modern parlance , this is the kind of place that is "off limits" to rest of the world - you won't be able to get a permit to visit this place . It happens to be in the most dangerous place on Earth - Pakistan , what we can call "Drone territory" .

The local people of Balochistan are peaceful by nature but they have been brutally suppressed by the Pakistani regime...well , coming back to the subject of this mail - we all know about the world famous sphinx of Egypt , but do we realise the concept of this half human , half lion hybrid creature guiding a sacred spot , such as a place of worship was a universal concept in the ancient world ?

In various shapes and forms the twin sphinx pattern gaurding entrances to sacred places and on either side of Royal thrones in antiquity was universal in the ancient world , but forgotten in modern times...Balochistan is in the Northwestern corner of the Indian Subcontinent and was part of the Indus Valley civilisation of ancient times .

Back in 2004 , pictures started emerging of this massive Sphinx like structure (an entire mountain seems to have been carved in that shape) along the Makran coastal highway that links Pakistan to Iran and the Persian Gulf . Balochistan is the largest and most backward province of Pakistan and a very arid mountainous desert . The landscape is Martian in appearance , almost surreal to behold , in some parts even more impressive than the Grand Canyon and probably more mysterious than that .

It looks increasingly likely there lies buried beneath the soil of Baluchistan , an antediluvian civilisation , so incredible and grand in scale that it would be difficult for anyone in the current day , to even imagine . Unfortunately , the government of Pakistan has zero interest in their own ancient heritage because it is pre-Islamic in nature and would glorify Vedic civilisation . Worse still , they don't even allow any international team of archaeologists/researchers to study these enigmatic monuments .

The level of sediment deposited upon the Balochistan Sphinx , makes it look like a natural structure and suggests that it could even be tens of thousands of years old . This monument might just hold some vital clues about humanity's past , that would be lot more interesting than any fiction .

Please do watch this amazing video and spread the word far & wide , so that someday the Pakistan Govt. may relent and allow researchers to study this highly enigmatic structure...

Incredible. And what lies below? And why the secrecy? Why aren't programs such as The Discovery Channel there? We are more controlled than we imagine.

People, do take a look. It is only 9 minutes long, not even. Invest your time.

Dean , I am willing to take up this matter on a war footing . I request everyone in this group to circulate this untold story of the Balochistan Sphinx to everyone you know . In case , anyone in this group knows someone in any of the prominent media houses (CNN , BBC , Fox News etc.) , please push them to present it on Prime Time as a "Breaking News"

Before the 1947 partition of the Indian subcontinent , Balochistan was a part of undivided India...their ruler even wanted to join India , but as luck would have it , this province went to Pakistan .

The Pakistan government is NOT allowing any foreigner even within a mile of this site . They have NO interest in promoting anything that is Pre-Islamic , even though this monument is a shared heritage of Indian subcontinent , including their own ancestors . There are lots of other ancient buried sites in Pakistan that are not being excavated by archaeologists .

Only some international persuasion might change the situation on the ground . There is also the ever present danger of this monument being blown to bits by the dreaded Taliban or ISIS , the way they had destroyed the giant Bamiyan Buddha statues of Afghanistan , back in 2001 . If that happens again here , it would be a HUGE loss of ancient heritage to ALL of humanity . So we need to act fast !

Attention may also act to the opposite effect. I would fear that such attention could also CAUSE such destruction to occur with such a backward nation. Not sure what to think! It would indeed be a tragedy.

List members , please watch this ASTOUNDING video in the full screen mode on your laptops , use high resolution to get an even better view of this high quality video...after watching it if even a single person doubts the truth about what this mind boggling site truly was , I will be flabbergasted :)) Words fail me , as I catch a glimpse of these GIGANTIC but finely chiselled structures built in extreme antiquity - an age so remote that historians cannot even wrap their minds around it !!

**This second video does not have as good a resolution as the first one , but it has views from as yet unseen angles that reveal astonishing new aspects of this site - certainly the greatest CITY of it's time (yes !!) , in the prehistoric era , from an unknown age...my head is still spinning from the shock of seeing such astonishing views of this ancient site !

@Soretna , funny thing is - even I don't use Facebook , but am somehow able to access these 2 videos...could anyone else suggest how else Soretna could view these videos ? @Echo_on , I was also curious to know if your advanced visualisation tools for image processing could help us extract even greater depth and nuance from these videos ?

There are ways to download Facebook links and this type of software is easiest.. it is a simple program..so if you can view Facebook videos and copy it's link from the ... On the top corner. Go to the provided link and paste the video link. It will prompt you to download at normal or hd quality.. also it will ask were you can save the file...

I have tried to find the file and it is not posted on his website... a good search on Google for sphinx of ballachstan or on YouTube has a few good ones too..

The only other way is to have a host or storage online that all the videos can be uploaded too but this will take some management... effort and some funds.... 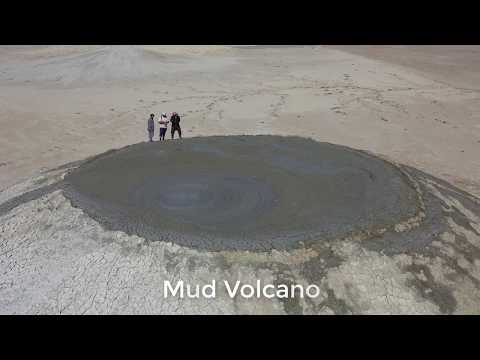 Thanks @Echo_on , these are the actual 2 URLs in the enclosed .pdf file :-

Hmmmm. Thanks... Oddly for me NEITHER of these will download with traditional (and very robust) downloaders like Downie on macOS. It is forcing login every which way I have tried that traditionally works to circumvent FB and other services' gates.

Interestingly the fdown service (https://fdown.net/index.php) did work and I uploaded these here for "non-evil" review:

Thanks for taking the trouble , @Soretna . I felt absolutely compelled to share these mind boggling videos (especially the first one) with all open minded people...I think , if that first video is viewed on a big , high resolution screen (with "freeze frames" done every few seconds) , amazing new details might emerge that have otherwise eluded our eyes till now .

For several years now , I have been trying to correlate this site with various mythological stories from the previous 3 yugas (prior to this ongoing age of Kalyug that began 5,000 years ago)...haven't succeeded yet in identifying the correct one - but my effort continues :))

Some people might be wondering , why such a magnificent city was built by the ancients in such a barren , inhospitable & desolate place...well , it wasn't always like this...this was a water rich region in ancient times , with plenty of greenery and a salubrious climate...!

Folks , this site is located inland , but not far from the sea on the Makran coastline of Balochistan...incidentally , the sea levels have fluctuated quite a bit in this seismically active region , from the last ice age to now .

My hunch that this particular site was right on the shoreline during the era in which it was built , i.e. it was an ancient coastal city , seems to be correct - as per this enclosed article...hmm ! 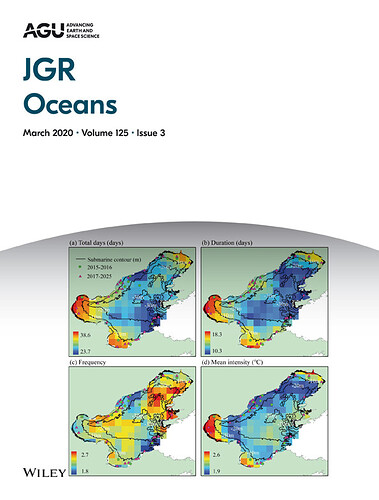 Sea Level Change Controlled the Sedimentary Processes at the Makran...

Climate change is not the only decisive factor controlling the sedimentary process Indus-derived sediments are unimportant on the Makran continental margin Relatively low sea levels seem to have pl...

Thanks @Echo_on , this "fossilised city" , may have been utterly destroyed by some prehistoric tsunami...in fact in 1945 , this area had witnessed a major tsunami . I think the amount of sediment deposited on this site suggests , it was submerged for some time at least - by rising sea levels , or even the Great Flood perhaps ??

This part of the Makran coast has become "uplifted" by techtonic/crustal movement , above it's ancient level .

At any rate , this must be a pre-flood , antediluvian civilisation that thrived when the Northern regions of Earth were in the grips of the ice age...