Symmes' Concentric Spheres and the 9 Worlds in Norse Mythology

Hi guys.
I was reading about John Cleves Symmes Jr.'s Concentric Spheres.
Symmes firmly believed, no, he attested that the Earth consists of five (5) concentric spheres as shown in this drawing. Each crust is about 1,000 miles thick and habitable on both the outer convex and the inner concave surfaces. He even said that the mid-point in each crust is also habitable and is filled with gaseous life force, and that there is light source and air filling up the space between the spheres. 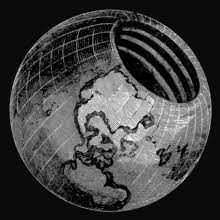 Then, something dawned on me.
In Norse mythology featuring Thor and Odin, there supposedly are nine (9) worlds. 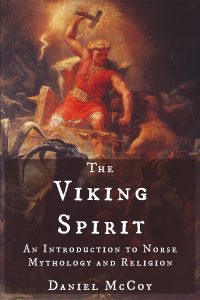 The Nine Worlds (Old Norse Níu Heimar) are the homelands of the various types of beings found in the pre-Christian worldview of the Norse and other Germanic peoples. They’re held in the branches and roots of the world-tree Yggdrasil, although none of...

If you count the number of surfaces of the five concentric spheres, you get exactly 9 surfaces with only one (the convex) surface for the inner most sphere.
Interesting, isn't it?
The Norse mythology might be based on some level of truth!

If you think the inner most sphere's surface is not habitable since it is the Inner Sun, you may want to read "The Hollow Earth" by Rudy Rucker. 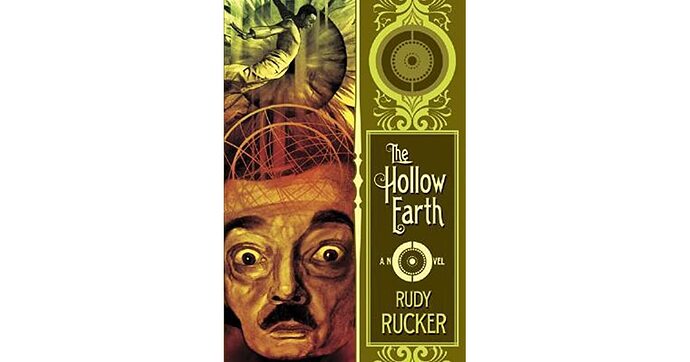 In 1836, Mason Algiers Reynolds leaves his family's Virginia farm with his father's slave, a dog, and a mule. Branded a murderer, he find...

The book, believe it or not, features Edgar Allan Poe, as a character.

I wonder which world Olaf Jansen in "The Smoky God" visited. I think he merely went to the inner concave surface of the outermost crust, not the concave world closest to the inner sun. He described the presence of day and night just like our outermost surface.

3 Likes
Rudy Rucker: ("fiction") The Hollow Earth: The Narrative of Mason Algiers Reynolds of Virginia
sidharthabahadur May 15, 2021, 9:05am #2

@gardengnome , I am beginning to believe that Edgar Allen Poe himself was a strong believer in Hollow Earth...the main reason why Rucker included Poe as a character in his novel was probably to explain the logic of some of Poe's "unusual" novels . In his own time , Poe was known to be completely different from all other authors , both in terms of his writings as well as his own personality and beliefs...I will go a step further - Poe was a writer whose genius was never properly appreciated .

Thanks @gardengnome , I see a parallel with Etidorpha as well...that story was actually based on the real events involving a Freemason , William Morgan - the lead character in this novel (The Hollow Earth) too has the name of "Mason" Algiers Reynolds !

Wow, I have to say thank you for the tip on that book. I think it's a great fictional and, perhaps, introductory read for kids as far as I can tell. I know a few kids (and adults) that will enjoy this just from the cover from the Amazon image.

This really reminds me of Joseph Cater's explanation of multiple bodies. I have a feeling that these multiple spheres and the structure of the Earth (and other planets) have a convolution effect going on where some people behold the spiritual realms and multiple "bodies" and then also there are those who have physical experiences as well and see these corpuscular bodies.

This is a deep topic and we probably need to think on and discuss this in more depth especially since there are so many varying experiences and discussions from this + Symmes, Euler, Dante, Etidorhpa, Joseph Cater, The Smoky God, etc. etc. etc.

The interesting thing, in my mind, is how people who have seen multiple bodies or layers of the Earth tend to also believe in a "one large hole" concept while those who believe the earth to be crustal with a large cavern zone tend to believe in the smaller holes in various places (when you look at the observations or stories as a composite).

This leads me to believe that those who have had spiritual revelatory experiences see multiple bodies + a large hole while the other stories are perhaps testimonies to the corpuscular (what we might refer to as "matter", but in reality is the state that is congruent with our current bodies' states in the temporal realm) sate of a thinned polar crust with MANY entrances/exits/crevices (eg, see previous Mars polar images and discussion) and a honeycomb cavern interior that also houses the "underworld" or "hell" and the many inhabitants of this enormous region that lay in between the inner concave surface and the outer convex surface (where we presently reside).

Insofar as the existence of multiple orifices is concerned, please take a look at http://www.holloworbs.com , the the Polar Evidence page, then the A Broken Auroral Ring

The image is of a full blown aurora within the confinement, but it seems to be blowing hard so it must be a good example.

Where the ends touch down could be the location of the orifices.

I have seen the fountainhead of two creeks in the Brazilian township of Bonito.

One consisted of a single hole about 10 inches in diameter, in limestone. The creek bed was all limestone, too.

Another creek had what seemed like a natural wading pool at the fountainhead, with a sandy bottom. It was about 30 yards x 30 yards. The water was about 6 inches to a foot deep.

You know how sandcrabs leave holes in the sandy beach as they burrow? There were such holes all over the pool, with water shooting out, but below the surface, just strong enough to create concentric ripples on the surface.

Both ways seem to be nature’s way, so both ways of polar orifice are possible.

And don’t forget that a thin crust, but no orifice, is no obstacle for a stream of radiation.