NASA illustrates water-ice clouds in Martian atmosphere between 10 and 19 miles above the surface. On Earth, clouds typically form between 1 and 4 miles.

So, is the atmosphere on Mars really much thinner than here on Earth?
What do these people take us for?

@gardengnome , thanks for sharing - great insights !

These emissions are probably emanating from the Polar opening of Mars and then getting into the Martian global atmospheric circulation .

Jan Lamprecht mentions this this in his critically important book and @deandddd has had much to say about this topic. It does appear that things are most certainly in reality not what we're being fed.

This goes back to the basics I learned in physics courses. Violet and deep navy blue is the color one sees before it's pitch black (ultra violet meaning just right of violet). That's why the sky is blue on earth when one looks up from the (outer) surface. The atmosphere is thin here on our planet.

Where the atmosphere is thicker (like Mars where typical clouds form 10-19 miles above the surface), the sky would be of a warmer color, not blue when viewed from the surface.

Whenever you see an image of the Martian North Pole - which exists within a huge crater maybe a couple hundred miles across - it is whitish; the white coloring bulges above the curvature of the planet as a low, oval dome. It kind of pops up above the curvature. And during the summer, the crater floor is bare and empty, there is nothing whitish about it. Let's keep in mind that one side of the crater has a sheer, straight-down drop of many miles. So what we are seeing is not ice, no ice layer accumulates that high, that fast, and then melts away and accumulates that high again the next year. That which we see is mist of the warmer air in contact with the colder air, forming mist.

I know that you know this, you have just stated as much above, but I just want to use the opportunity to spell it out a bit and offer some good arguments for everyone.

Anyway, given the fact that ice doesn't accumulate, but that mist and fog surely do, the question is: wherefrom? Because astronomers cannot offer an explanation for the existence of warm air at the Martian Poles.

But we can. It emanates from the hollow cavity of Mars, of hollow Mars.

Yes @deandddd , I fully agree and to imagine , just how much similar emanations from Earth's Polar openings , impact our climate here ?? That's such a HUGE blind spot for mainstream climate science !

@Echo_on , curious to know your views as well , about this topic . Please do share your insights . Thanks !

Jan Lamprecht, in his book Hollow Planets, has a chapter entitled Strange Meteorology. It details example and effects upon the weather from the polar extremes.

For example, of something that seems to be a wide array of streamer clouds that originates from a point in the far North, opens up with spaces between the streamers, and which becomes visible down to the Mediterranean.

Here is a different page on Mars that I have up, which makes some nice points about its atmosphere:

Notice the comments that Cater makes about "Our Binary Sun and Mars". If you think about it, we never see phtos of The Sun taken from The Moon. If the binary is smaller than The Sun that we see, then it could be hidden from view. But that would necessitate a certain alignment. And even the Sun shots that we see on the photos that gardengnome gave us (If you're a gnome, whose side are you on?), are shots that are taken through the clouds. We wouldn't be able to pick out a small misalignment through the clouds.

Hi Dean.
I have not shared any photos that include the sun (?)
On another note, I found this.
A photo taken from the Martian surface in 2012 showed two suns of different color. It went viral then the "scientists" got busy marking it as fake. Damage control?

Take a look at the first photo on that web page. The photo seems authentic. The position of the halos is correct. The starwars pic further below (from which the asses say the second sun was copied) does not have a halo around the suns. 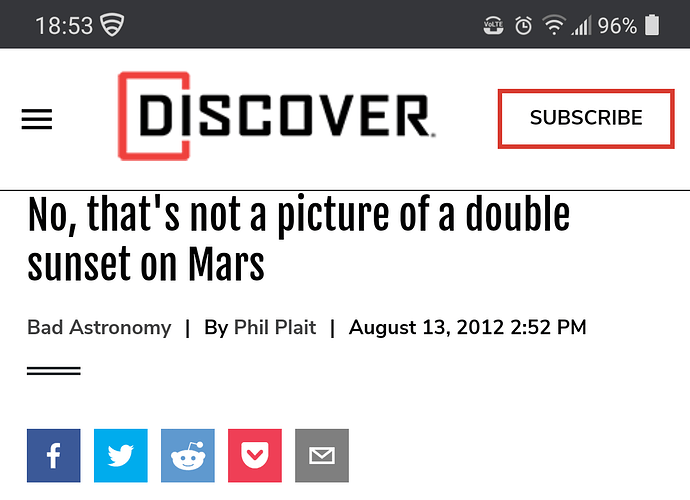 Yes you have shared pics of the Sun taken from Mars, in the link you gave at the beginning:

Scroll down. The Sun sits right on the horizon, always seen through the clouds.

There are three of them.

Thanks for starting this thread.

By the way, here in Las Vegas, the home builders purposely leave hollow sections (at least one) in the house surrounded by the walls of different rooms. It baffled me as the practice of doing so is simply a waste of space. And, it is almost always on the second level of a two story house. Most people do not notice it. Any idea why they do this? It creeps me out sometimes.

This is off topics but people in the US nowadays pull energy and blood out of one another through thin air. I am sure people in Brazil are also infected. Stay awake and well, Dean.

I have worked with trolls and zombies in the same office before. But, I prefer them over these energy vampires that make your neck, shoulders, and arms stiff.

Regards the 2 Suns image..NASA hide 95% of the sky images. They alter perception and distance mostly but also to hide structure and landscape. There are images of blue skies but 90% are whitish gradients.
I had a quick look at the image posted but it's inconclusive due to low resolution. Do pay extra attention to their GIFs. They hold much source of info...

What about this image from Smithsonian? 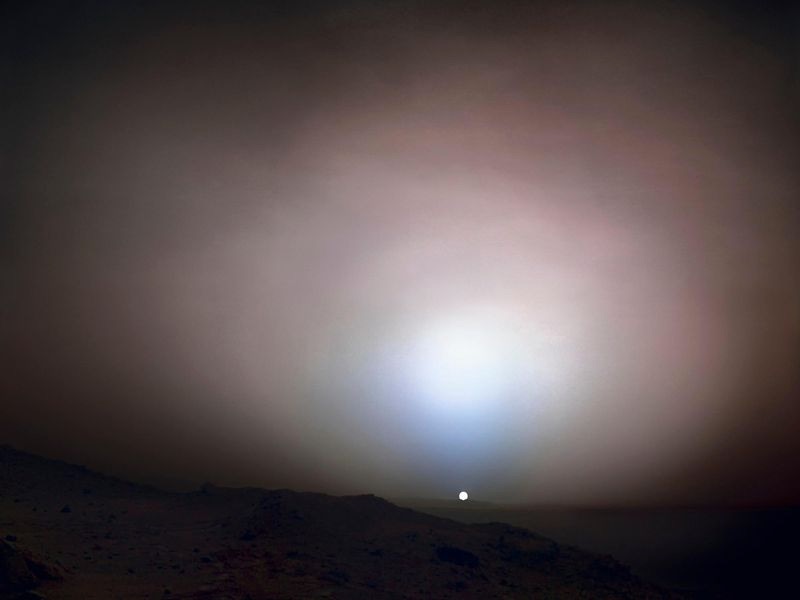 @gardengnome @Echo_on , I just had a brainwave , an epiphany , about this image of 2 Suns...actually had thought of this once a few years ago , but seeing this image now has strengthened my hunch :-

What IF , the 2nd Sun , is a MIRAGE of the Inner Sun ???? This mirage maybe getting projected from the Polar opening of Mars , under some very RARE atmospheric conditions , so as to appear very low on the Horizon (the external Sun always appearing higher in the sky) .

**This means , the mirage of a "REDDISH" Sun , can be seen on some RARE occasions , close to the Horizon , around the Polar openings on Earth as well !! Did Olaf Jansen and his father witness something similar , when they got close to the rim of the North Polar opening , in "The Smoky God" ?

What do you think ?

Mars Rover Curiosity landed in Gale, a crater near Mar' s equator in 2012. So, it's unlikely that the inner sun would have been visible through a mirage.

This is off topic but was anyone here born before 1970? I was born in the 70s. I still remember the big red setting sun. I used to be able to look directly into it during sunset. Now, even the setting sun is whitish yellow, too bright to look right at it, and the sun itself is much smaller than I remember. Did we lose a lot of atmosphere?

@gardengnome , an interesting observation from the 1970s...we're in a similar age group .
I think the Sun itself is emitting less energy , since it's currently going through a Grand Solar Minimum (GSM) - which is why we might "perceive" it to be somewhat smaller now .

And then, by chance, the mirage of the inner sun is just about the same size as The Sun of the solar system? How is that?

What Olaf Jansen saw was a tiny sun on the horizon, copper colored, and a bit squished by refraction.

And then we still have to account for the fact that the Martian North Pole does not accumulate ice year after year, and that whatever ice buildup that does accumulate melts away during the summer. This doesn't even happen in Antarctica, and the Earth is twice as close to The Sun as Mars.

The Arctic ice levels have to be discounted because it is a matter of an ice flow from somewhere else, Antactica being on firm ground as is the Martian North Pole. We cannot measure constant buildup in the Arctic.

So the questtion becomes, how does the ice melt at the Martian North Pole if it receives so little sunlight compared to Antarctica, where there has been a net-gain buildup?

A very logical answer is that Mars receives sunlight from two suns. One sun only leaves an impossibility on the table.

So the second sun should not be a mirage.

Yes, how would a mirage reflect out of the polar opening to the equatorial belt.

Your problems with a lack of crimson in the setting sun must be due to local conditions. Where I live at 23* South latitude, The Sun turns orange, alizarian crimson, and then a deep crimson red.

Another thing, how could the mirage of a plasma sun have such a sharply defined edge around it ?