Hence, to answer this question, I will first give you a true explanation of how the light makes the colors appear.
For the colors to appear, the light must experience on its way of propagation a resistance of a more or less transparent matter. The most impressive example is an opalite stone:

This is a real photograph of a longish opalite stone (it’s two centimeters long in reality) illuminated with white LED lamp from the right.
When you look at this stone in a half dark room, you see no colors at all. You see approximately this image:

The opalite is a kind of glass. With no additives in it, it is colorless and transparent just like the ordinary glass. But when additives in the form of fine powder are added, then colors appear in it. The last drawing shows how the powder is distributed in the stone from the photograph. On the right there are very little additives. As we go to the left, the concentration increases.

The greater the velocity of the body is, the stronger is the Plus in front of it as well as the Minus behind it.
This principle can also be found in the so-called Bernoulli’s principle (please see THE GREATEST HOAX IN THE HISTORY OF SCIENCE! and AN EXPLANATION OF SOME EXTRAORDINARY EXPERIMENTS WITH PRISMATIC COLORS!

Look at these beams obtained by means of a diffraction grating. The arrow in the image is added by me (source Wikimedia): 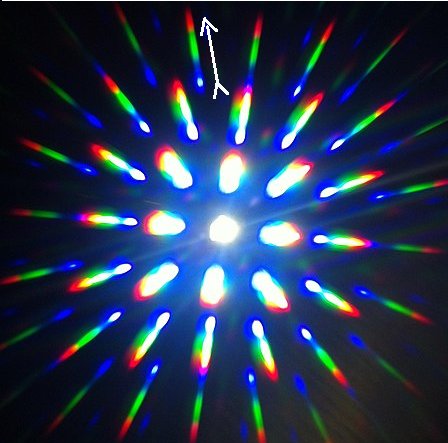 Regarding this image, I claim that these colors wouldn’t have appeared if there is no air surrounding the diffraction grating. In other words, the air is also an inevitable actor in this performance. If the grating is placed in an absolute vacuum, then no colors will emerge. The white light will remain white after passing through it. An absolute vacuum is hard to achieve. But it would be a sufficient proof if the colors get paler in conditions close to an absolute vacuum.

Look also at this drawing:

This is what is happening when white light passes through a chromatic convex lens. Before the focal point there is a friction between the light-front and the air, therefore higher yellow-red light-pressure here (marked with arrows without tails). After the focal point there is friction between the light-rear and the air, hence lower violet-cyan light-pressure (marked with arrows without heads).

That is the truth about the convex lens. The image you can see in the textbooks when the so-called chromatic aberration is discussed is a shameless lie of the contemporary physics.

Let me ask you something regarding the things I just said. How come the colors suddenly change their frequencies (colors are EM-waves with different frequencies, aren’t they???!!!) in a point far from the refraction surface?! Let me hear your explanation of this experiment!

Now, let’s get back to the Benham’s disk. First, let’s consider this kind of disk: 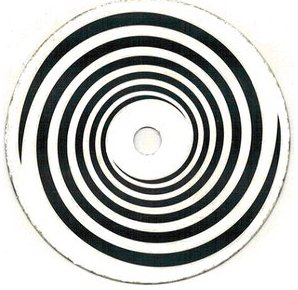 I call it double plane spiral, because there are two spirals that interwine. If we place it on a spinning top and then spin it clockwise, we see only circles which move outward like waves when we drop a stone in still water (figure a below). However, when we spin it counter-clockwise, then we see circles which move toward inside (figure b below).

If we look carefully at the disc during its spinning clockwise, we see reddish circles appear along the outer edges of the white circles as long as the disk is spinning fast, and as the spinning is slowing down, the circles turn into yellow (the experiment should be carried out near a window through which daylight comes in, but not directly from the sun). Along the inner edges of the white circles appear cyan circles as long as the spiral is turning fast, and as the speed decreases, the circles turn into blue-violet (in the figure (a) below is shown what is happening when the disk is turning slower). 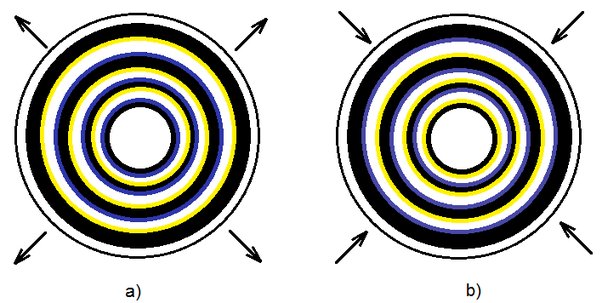 We see that here recurs the same principle as in the previous phenomena: the yellow and the red color appear at the front, while the blue-violet and the cyan at the rear side. For, when the circles are moving outwards, then the outer edges of the white circles are the front and the inner edges are the rear of the light.

Finally, this is the Benham’s disk in its usual form: 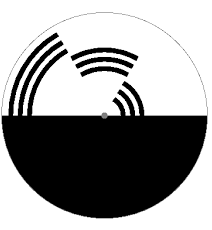 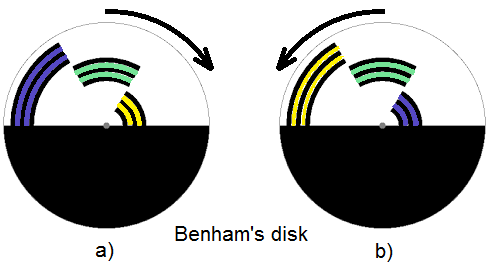 Look please at this segment of the disk:

It is like a fork entering the darkness (i.e. the air without light in it). From the “tines” of this fork the light is reflected with an increased angle of reflection toward the air of the darkness when the disk is turning clockwise.

So, what is my assertion regarding this disk?
There will be no colors if there is no air around the disk. The emergence of colors follows here, as everywhere else, the principle of the arrow.

See also:
WHY IS THE SKY BLUE? HOW DOES LIGHT MAKE COLORS APPEAR?

BRILLIANT analysis , @Mitko_Gorgiev !! Thanks so much for enlightening us all to the true nature of light :))

I will dwell on this in more depth and certainly reply further to your post , later today .

.
As a further proof of the things said above I want to add that no colors can be observed on a computer generated rotation of the Benham's disk.

It is so because the computer screen itself is the source of the light.

The light has to come from outside the disk and get reflected from it if one wants to see colors.

@Mitko_Gorgiev , I think the time is just right for you to smash the flawed concept of "red shift" of light that mainstream astronomers are using to estimate the expansion of the Universe , as also it's speed of expansion .

It would be fantastic if you could share with us your own critique of the cosmic "red shift" idea being used by the likes of NASA etc. :)) 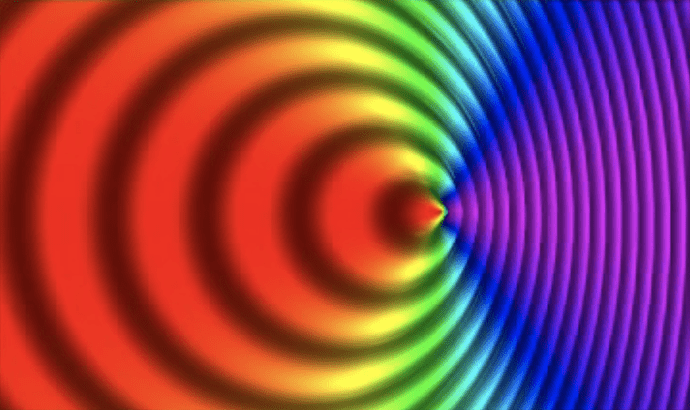 EarthSky | What do redshifts tell astronomers?

Redshifts reveal how an object is moving in space, showing otherwise-invisible planets and the movements of galaxies, and the beginnings of our universe.