Were all German U-boats found and accounted for at the end of WW II ??

List members , this article on the Quora forum (online) has a very objective analysis of the German U-Boat inventory , at the end of WW II . The missing ones could have gone anywhere , including to Hollow Earth :-

Were all German U-boats found and accounted for at the end of WW2?
](https://www.quora.com/Were-all-German-U-boats-found-and-accounted-for-at-the-end-of-WW2)

No. The Very large cargo carrying U boat submarines remain unaccounted for to this day. From my own relatively small pool of Information, i have found at LEAST 19 *German Submarines remain officially unaccounted for, over and above those that went “missing” or are presumed sunk under mysterious circumstances.

Cargo carrying u boats wer classified as Type X submarines, and included U Boat numbers from 116 to 119. 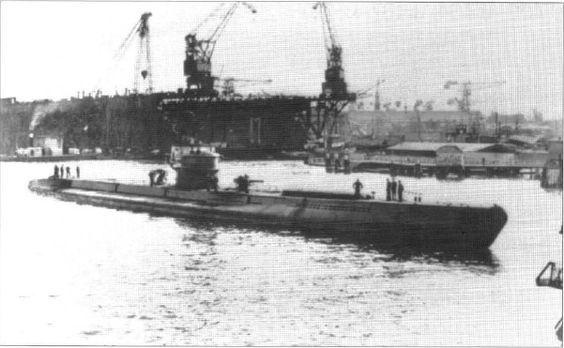 Type X u Boat 119 is officialy reported as sunk and destroyed with all hands lost, on 24th June 1943 Off Cape Ortegal.

Below U boat Deutcshland (Germany) Was a International Submarine cargo carrying blockade runner. It foreshadowed the identical German submarine strategy during world war two. German U boats sailed to and from Japan and its territories, swapping technology, scientists and weapons skills between the Axis of evil partnership.German cargo carrier Submarines imported a alrge number of advanced japanese Torpedos. german built torpedos were un reliable, in fact, they also purchased a lot of Torpedos fromAxis partner Italy too. 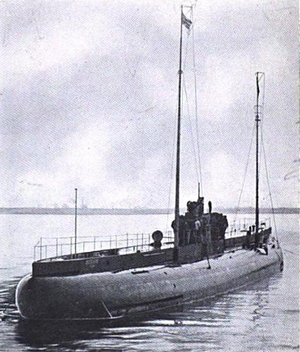 Below. Deutschland unloading in WW1. 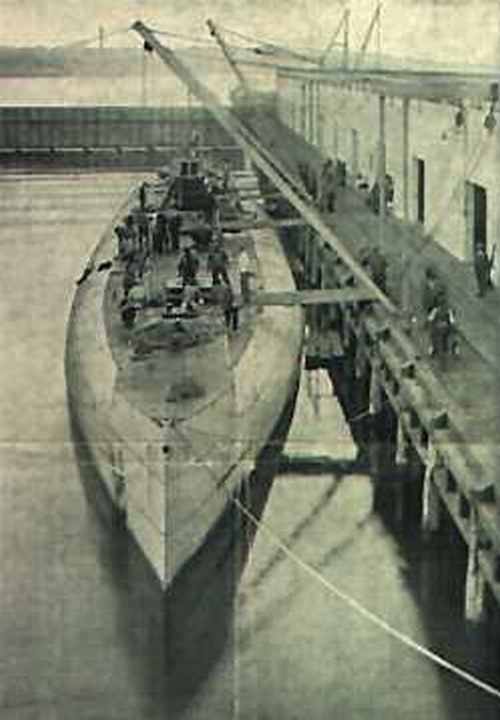 However, it remains unclear to me if this included the large number of German Submarines which are known to have surfaced and sailed into an irish Port at the cesation of Hostilities in May 1945. They are reportedly towed back out to sea and later sunk off Irelands coastline. 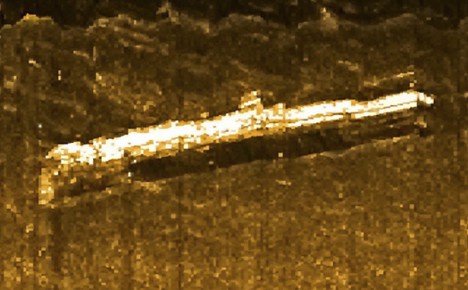 In the 1980s, remnants of a World War II era German weather station were also discovered in Labrador.

The German government told Canadian media that about a dozen U-boats remained unaccounted for.

But an official at the German embassy in Ottawa added it would be "sensational and unusual" for one to have ended up so far inland, more than 100 kilometres from the ocean.

The find comes less than a week after a privately funded search group located a Nazi U-550 U-boat lying on the bottom of the Atlantic Ocean 113 kilometres Nantucket in Massachusetts, USA.

Historians say the U-boat torpedoed and sank the large US tanker Pan Pennsylvania before being attacked by convoy escort ships on 16 April 1944.

It is well Reported and Documented that a major action involving Nazi U boats took palce near the shore and the St lawrence River during WW2. U boats were reported dropping off and picking up german Spies and Escapeing Nazi Prisoners of war in the area.

Many Allied and four Canadian ships were sunk during this battle action.

The Battle of the St. Lawrence involved marine and anti-submarine actions throughout the lower St. Lawrence River

and the entire Gulf of Saint Lawrence, Strait of Belle Isle, Anticosti Island and Cabot Strait

from May–October 1942, September 1943, and again in October–November 1944. During this time, German U Boats sank about 20 merchant ships and four Canadian warships. There were several near-shore actions involving the drop of German spies, or the attempted pickup of escaping prisoners of war. Despite the 23 ships lost, this battle marked a strategic victory for Canadian forces as ultimately they managed to disrupt U-boat activity, protect Canadian and Allied Convoysand intercept all attempted shore operations. This marked the first time that a foreign power had inflicted casualties in Canadian inland waters since the US incursions in the War of 1812 !

U 190 surrenders to the Canadians. 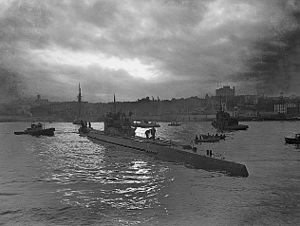 After the War the U boat pictured above was used by the Canadian Navy for another Two years after 1945.

Folks , I think the above statement reveals the secret...the Nazi leadership would have made their escape to Antarctica on these very large cargo carrying submarines , which also had the capacity to carry massive amount of supplies .