Webb Telescope’s Images of Neptune Showcase Its Rings and Moons 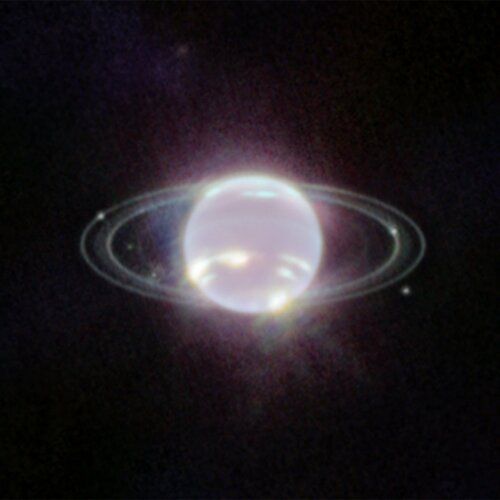 Webb Telescope's Images of Neptune Showcase Its Rings and Moons

Webb Telescope’s Images of Neptune Showcase Its Rings and Moons From its perch one million miles from Earth, the James Webb Space Telescope has peered deep into our solar system to capture images of Neptune. These new views show seven of the distant planet's 14 known moons, but it's the rings that really take the spotlight.

The pictures, taken in July and released Wednesday, provide the clearest and most detailed look at Neptune's rings since NASA’s Voyager 2 spacecraft flew by the planet in 1989, according to Marcia Dunn of the Associated Press (AP).

“I have been waiting so long for these images of Neptune,” Heidi Hammel, a NASA interdisciplinary scientist for the Webb telescope, tells the New York Times’ Jonathan O’Callaghan. “I’m so happy that it has worked.” 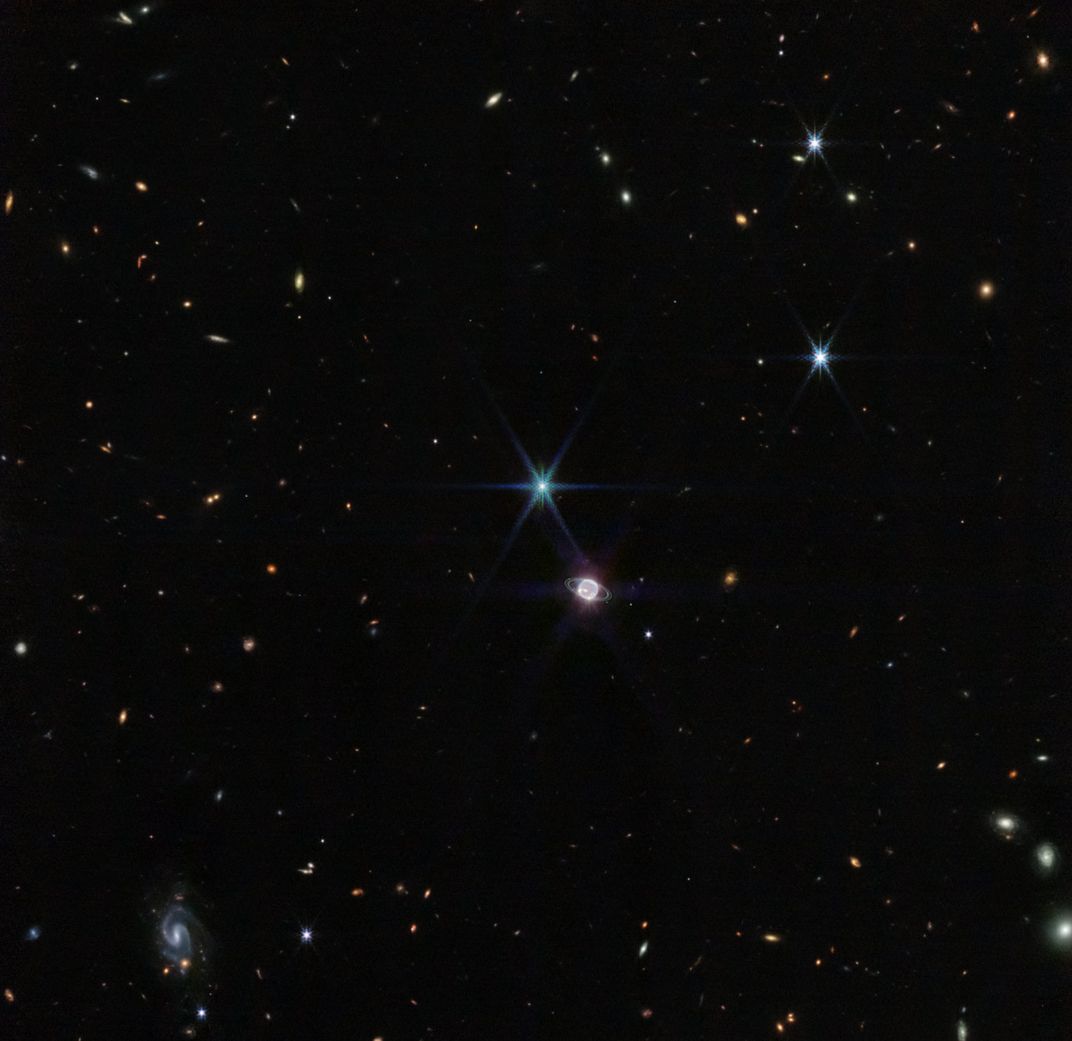 A zoomed out picture from Webb shows distant galaxies in the background. NASA, ESA, CSA, STScI

To get these new images, the Webb telescope detected near-infrared light, which is outside the visible spectrum. The pictures show Neptune’s thin rings as well as faint dust bands, which scientists had never seen in the infrared spectrum before, per the AP.

“The rings are more reflective in the infrared,” Mark McCaughrean, a senior advisor for science and exploration at the European Space Agency, tells the Agence France-Presse (AFP). “So they’re much easier to see.”

Astronomers will be able to measure the reflectivity of the rings using Webb, and more research could provide insight into their size and composition, writes the Times. “The ring system was absolutely mind-boggling to me,” Hammel says to the Times. “I have not seen it in that level of detail since the Voyager encounter in 1989. It just pops right out.”

Neptune, the farthest planet from the sun, was discovered in 1846. Its small, rocky core is surrounded by a hot, dense fluid of water, methane and ammonia. In previous images of Neptune taken by the Hubble Telescope, the planet has a Smurf-like blue hue, which is caused by methane in its atmosphere, according to Space.com’s Robert Lea.

To Webb’s infrared gaze, though, Neptune doesn’t appear so blue—since methane absorbs infrared light, the areas of the planet not covered by bright, high-altitude clouds seem dark to the high-tech telescope, per Space.com. To Voyager 2 and the Hubble Telescope, Neptune looked blue due to methane gas in its atmosphere. Webb used its Near-Infrared Camera to observe Neptune, so the planet now appears more grey. NASA, ESA, CSA, STScI

These methane ice-clouds appear in Webb’s images as bright streaks and spots, since they reflect sunlight, per CNN’s Katie Hunt. Though the clouds can last for days in Neptune’s atmosphere, “nobody really knows what these things are,” says Patrick Irwin, a planetary physicist at Oxford University in England, to the Times. “They seem to come and go, a bit like cirrus clouds on Earth.”

In a zoomed-out picture, an object that looks like a bright star shines above Neptune. In reality, it’s no star—it’s Neptune’s largest moon, Triton, which is covered by a frozen layer of nitrogen, according to Space.com. Triton is larger than Pluto and appears so bright because its ice layer is reflective, per the AFP. The images also show a thin, bright line circling the planet’s equator. It could be a sign of Neptune’s atmosphere circulating, powering its winds and storms, according to a statement from NASA. As the atmosphere warms at the equator, it emits more infrared light that Webb picks up as a glowing line.

Webb is mostly studying the early universe, looking far beyond our solar system for glimpses of the formation of the first stars and galaxies, per the AP. But it’s also telling us more about planets closer to home. Space agencies released images of Mars earlier this week and unveiled the telescope’s view of Jupiter in August.

“The kind of astronomy we’re seeing now was unimaginable five years ago,” McCaughrean tells the AFP.

What do you think about how the light spectrum that seems to be blasting out of the poles? Notice: 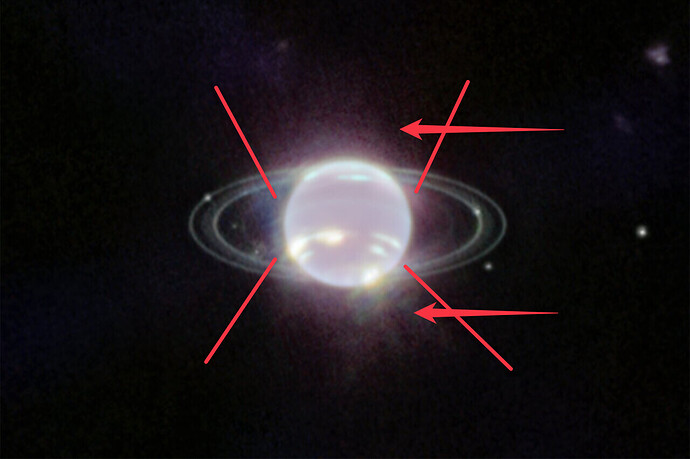 @sidharthabahadur The new images are stunning indeed! Between these images and the new mainstream rejection of the Big Bang Theory, I'm starting to like this telescope!

@Soretna Definitely a very important observation. It looks like the light is coming from the poles... almost like an inner sun exists inside...

@Soretna , @Ephraimite , these images of Neptune are exhilerating - besides the brightness of the Polar regions , the entire planet itself seems to be GLOWING like a light bulb ! Just imagine , the 8th planet from our Sun , in the inky depths of space , emitting SO much light - where does that much (sustainable) energy come from ?? Of course , the inner Sun of Neptune is the only viable answer...in case of Neptune that light from it's inner Sun also seems to be "leaking out" from few other points...especially from the Southern hemisphere...signs of some ancient comet impact perhaps...? Hmm !!

Here is a video in Spanish showing the James Webb telescope's photo of Jupiter. Yu only have to look at it. Go to 5:13 and let it run a bit. Look at the low-lying, redddish aurora at the Pole, and then look at the depth of the Great Red Spot, which is white in the image. 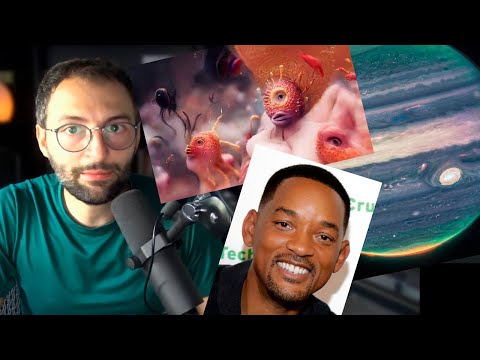 Yes @deandddd , though it's a false colour image of Jupiter , not in it's real colours as in the visible spectrum of light .

Still, what a nice depiction of the Great Red Spot's depth!

I don't know if the Jovian Poles have aurora-like emissions. Perhaps such emissions could be seen by one who is within the atmosphere, theoretically speaking. Imagine how wide such an aurora would be.