While chatting about Nephi's prophecies in 2 Nephi 28 of The Book of Mormon we came to a realization of something incredibly fascinating. There are some interesting and somewhat often quoted phrase that are normally used in jest since it seems entirely ludicrous that people might think this way and the world is moving in this direction, even though most religions believe in a "hell" of some type.

22 And behold, others he flattereth away, and telleth them there is no hell; and he saith unto them: I am no devil, for there is none—and thus he whispereth in their ears, until he grasps them with his awful chains, from whence there is no deliverance.

23 Yea, they are grasped with death, and hell; and death, and hell, and the devil, and all that have been seized therewith must stand before the throne of God, and be judged according to their works, from whence they must go into the place prepared for them, even a lake of fire and brimstone, which is endless torment.

Now let us consider the history and context of Nephi and his family and what he might have actually written in their native tongue and from their native cultural perspective.

Nephi and his family left Jerusalem circa 600 BC (traveled in the wilderness until about 591 BC). See Book of Mormon + Biblical + World History Timeline.

Babylon started their siege and captivity of the nation states of Judah and Israel around 606 BC and finalized success roughly in 587 BC. See Biblical History Timeline.

Egypt was still an active influence and role in their lives in this time period. Recall that the Hebrews left Egypt circa 1446 BC and finally took over the land of Canaan circa 1406 BC. Egypt was in its "Late Period" during this time and a major center of trade; Lehi was said to have been a merchant doing trade here regularly from Jerusalem to Egypt. See Timeline of Ancient Egypt.

Apparently the Israelites of this time were divided into two political factions or parties, so to speak: pro-Egyptian and pro-Babylonian. See: Lehi’s Journeys | Religious Studies Center

First let us remove our current beliefs and cultural context. Hell and the devil are NOT the same for us today compared to what these people believed.

Recall that "Hell" was actually Sheol to these people. This was and is the underworld also appears to now be identifiable as the "cavern world". This could be discussed at great length, but I think we understand this more or less if you see old posts (search for "sheol" and consider its possible aliases).

We can, therefore, rewrite the above as:

"And behold, others he flattereth away, and telleth them there is no CAVERN WORLD; and he saith unto them: I am no devil, for there is none—and thus he whispereth in their ears..."

Now what about the next part? Who was the devil to these people? He was NOT the traditional definition we envision today. It appears as though, as per some of the previous shares from particularly @Ephraimite that the "devil" was a reptilian humanoid also known as "Satan" and it is likely that this is a title similar to how "Jehovah" may have been a title and therefore in this case there have been or are multiple "satans" within the cavern world. I invite @Ephraimite to share more thoughts and links to elucidate or support this as they may find time.

We could then perhaps rewrite this yet again as follows:

"And behold, others he flattereth away, and telleth them there is no CAVERN WORLD; and he saith unto them: I am no REPTILIAN LUCIFERIAN LEADER THAT WANTS TO DESTROY AND CONSUME THE CHILDREN/CREATIONS/MAMMALIAN HUMANOIDS OF THE OPPOSITION GODS, for there is none—and thus he whispereth in their ears..."

"And behold, others he flattereth away, and telleth them there is no CAVERN WORLD; and he saith unto them: I am no REPTILOID, for there ARE none—and thus he whispereth in their ears..."

You could explore several permutations here, but you get the idea...

Ultimately we have and easily do see that this prophecy was fulfilled and quite dramatically. The bastardization of its meaning goes back to the very foundations of the modern English language and even culture/society that was molded by the translators of the Bible. It seems as though they were being carefully led down a path by the cavern world influencers that have had their hands around society for likely well over 1-2 millennia now and have carefully orchestrated their hiding so as to be able to rebrand and market themselves as false saviors either religiously or technologically/academia (which as become a religion in its own right through the systematic control and manipulation for not just, what we though, a couple hundred years) and perhaps as "aliens" vs cavern worlders aligned against the creations of the Gods of Order and TRUE Light - seemingly the Elohim (who have been stained and tarnished by the Luciferians).

@Soretna , very interesting find...I am trying to think through this in a different way and hoping to arrive at a similar conclusion like yours...

My conclusion is that the Babylonians went after the remants of the Yadu Dynasty and finally got them in 606 B.C.

In Kaliyuga, the bad guys win.

Interesting @deandddd. Have you or @sidharthabahadur (or anyone) seen any relatively accurate timelines of the Mahabharata / Vedic culture and writings? I would be curious to line it up with the timelines above as well as others. It seems that I have seen some discussion (such as in "Human Devolution" by Michael Cremo) where the Vedic timeline is placed MUCH farther back than traditional timelines.

While there is no forensic evidence available to absolutely pinpoint the timeline for Vedic civilization in India , there is a pragmatic , common sense approach that can yield some logical answers :-

You see , the "Thar" desert of today , spread across North Western India and Southern Pakistan wasn't always there...numerous Vedic hymns extol the glories of Saraswati river (which post-Vedic age , later day Indian epics like Mahabharat describe as drying up in the times of Kalyug) , as the core of that grand civilisation and culture . Modern Satellite images of the Indian subcontinent have proved that there was infact a massive river flowing parallel to the Indus river , roughly along the line of the present day India-Pakistan border (how ironic !!) which completely dried up 4,000 years ago . The drying up of that majestic river , caused the Thar desert to form and mass migrations to occur from the Indus-Saraswati region in the North-West to the interior parts of the Indian subcontinent , towards the South and East .

This obviously means that the peak flow of this lost Saraswati river must have occurred thousands of years prior to 2,000 B.C. - that itself is a powerful clue to the Golden age of the Vedic era , when the legendary Saraswati river (believed to be over 10 km wide) was in it's prime...

This brilliant research work by Michel Danino would be relevant for those who wish to explore further :- 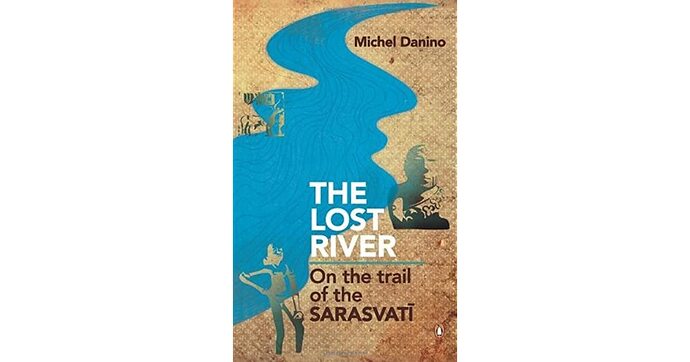 The Lost River explores the geography, history, and mythology, of the Sarasvati river, drawing from various sources like folklore, the Ve...

The Lost River: On The Trail of the Sarasvati

The Lost River explores the geography, history, and mythology, of the Sarasvati river, drawing from various sources like folklore, the Vedas, archaeology, local practices, history, geology, and meteorology. The book explains that the river, its very existence, and its course have been discussed and speculated over for years. The magnificence of the Sarasvati has been detailed in scriptures like the Rig Veda. Historians and archaeologists could not understand how it mysteriously ceased to exist. Some of the even deem the river a myth.

This book attempts the deduce facts from fable and makes a strong case for the existence of the river. It goes over the upheavals that the Indian subcontinent went through thousands of years ago, explaining the dry weather, erosion, and tectonic events that changed the terrain, altered river courses, and may have made the Sarasvati disappear. The book then chronicles explorations into the river started, which began around the early nineteenth century, when it was rediscovered by British officials doing topographic explorations.

The book also explains the culture around that time, shedding light on the Indus valley civilisation and the rich and flourishing culture of Harappa. The book goes on the show the results of explorations into the river’s origins and course using modern technology like satellite imagery and isotope analysis. The author has also used his proof of the existence of the river to bolster his theory that Aryans were indigenous to India and not foreign invaders.

The Lost River was published in 2010 by Penguin India and is available in paperback.

The book presents evidence for the existence and information about the course and demise of the Sarasvati from various fields of investigation.
It contains an extensive appendix with further information and a vast number of footnotes.

The Mahabharat mostly covers just the time period of the Krishna Avatar's stay upon the Earth.

By the time of the Ramachandra Avatar, in the Treta Yuga, about a million and a half years ago, Rakshasha demons had carved out a few enclaves, or at least they would show up here and there are carry out a few awful deeds, such as kidnapping women!

You can see here that Prince Ritudvaj confronted a Daitya kind of demon who was after some women, killed one of the Daityas while the Daitya's brother escaped beneath the surface.

Very, very interesting @deandddd. Thanks for sharing that particular story. I sure do wish many of the words were more explanatory though for those of us not accustomed to some of the concepts and vocabulary. It is a bit hard to really get a good image while reading it without sufficient vocabulary.