List members , Turkey is proving to be quite a goldmine for these ancient tunnels :- 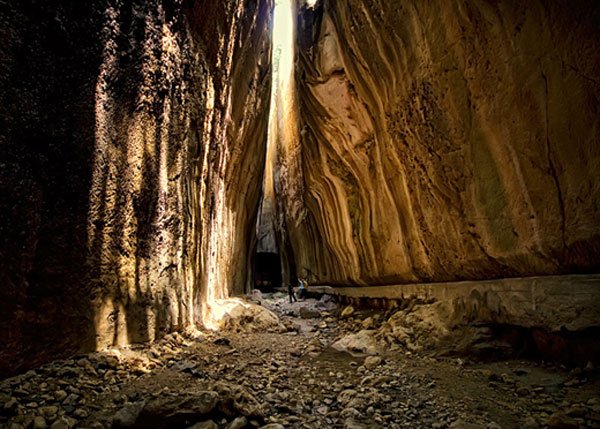 The Vespasianus Titus Tunnel is a 2,000-year-old engineering marvel – a massive tunnel dug through a mountain that was built to divert the floodwaters threatening the harbour near the ancient city of

The Vespasianus Titus Tunnel is a 2,000-year-old engineering marvel – a massive tunnel dug through a mountain that was built to divert the floodwaters threatening the harbour near the ancient city of Seleuceia Pieria in what is now Turkey. According to UNESCO, it is one of the most magnificent remains of the Roman period because of its size, well-preserved authenticity, and architectural and engineering features. 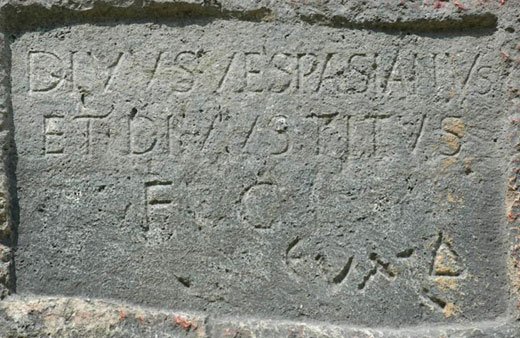 The Titus Tunnel is found located in modern day Samandag-Cevlik, Turkey. During the Roman era, Samandag-Cevlik was known as Seleucia Pieria (Seleucia by the Sea). This ancient city was one of the four cities in the Syrian tetrapolis, the other three being Antioch by the Orontes, Apamea and Laodicea in Syria. Seleucia Pieria was once an important Roman port city, in which exotic goods from the East were exported to Rome. Perhaps the port’s most well-known ‘exports’ were St. Paul and St. Barnabas, as they were recorded to have sailed from this port on their first missionary journeys. This city, however, had a major problem, as it was constantly threatened by floodwater that came from the nearby mountains. As these waters from the mountains carried silt and mud as they descended, the harbour was inevitably silted up and became inoperative. Although canals were ordered to be built by previous emperors, they were to no avail, as the floods continued.

In order to solve this problem once and for all, Vespasian decided to build a tunnel by digging through the mountain to divert the floodwaters. This diversion system was built on the principle of closing the front of the stream bed with a deflection cover and transferring the waters through an artificial canal and tunnel. The Titus Tunnel was designed by engineers of the Tenth legion Fratensis, and built by Roman legionaries, sailors, and prisoners. Flavius Josephus, a Jewish historian, wrote that one of the canals in the region was built by Jewish slaves captured during the Jewish War (66-73 A.D.). Unsurprisingly, some have identified that canal with the Titus Tunnel. 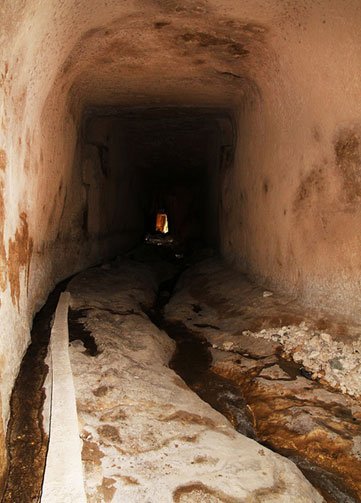 A section of the Titus Tunnel. Photo source .

When completed, the Titus Tunnel spanned a distance of 1.4 km. As the whole tunnel was carved through solid rock, this was a remarkable feat of Roman engineering, especially when one considers the relatively short amount of time required for its completion. Furthermore, this man-made marvel has survived until today without much damage. Moreover, the Titus Tunnel is a testimony to Roman ingenuity in solving the challenges faced by its cities and is among the great constructions of the Roman world.

In 2014, the Titus Tunnel was submitted to UNESCO, and is currently on the Tentative List of its World Heritage Sites. If this tunnel becomes inscribed as a World Heritage Site, it would certainly become much better known throughout the world. One of the many positive effects of this achievement is that people would be aware that the architectural achievements of ancient Rome are not limited to grand, imposing monuments, such as the Colosseum and the triumphal arches of various emperors. Rather, some of the most significant Roman works can be found in its civic engineering, which provided vital infrastructure in the form of tunnels, cisterns, flood control, and road works.