Folks , these are the clearest images yet taken of Sun spots - gazing into these "holes" on the Sun's surface , it's hollowness becomes so obvious !! 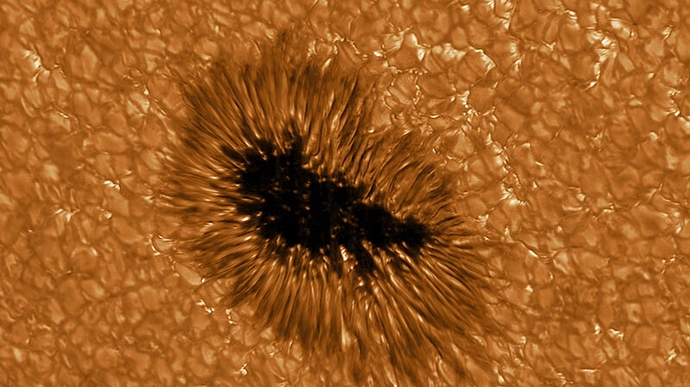 Captured by the GREGOR telescope in Spain, the high-resolution pictures offer a new glimpse at the sun's magnetic field.

Captured by the GREGOR telescope in Spain, the high-resolution pictures offer a new glimpse at the sun's magnetic field.

The highest-resolution images of the sun taken by a European telescope revealed an uncanny and disturbingly close look at the surface of our solar system’s star.

The pictures were captured by GREGOR, a solar telescope located at the Teide Observatory in Tenerife, Spain, and operated by German scientists from the Leibniz Institute for Solar Physics.

They offer a detailed look at the twisted structure of solar plasma, as well as sunspots — areas where the sun’s magnetic field is extraordinarily high and causes a spike in pressure that drops the temperature and darkens the surrounding atmosphere.

The GREGOR telescope began operation in 2012 and underwent a major redesign this year that was temporarily halted due to the coronavirus pandemic. It now offers a view of details as small as 50 kilometers — or 31 miles — which is tiny relative to the sun’s diameter of 1.4 million kilometers, or about 870,000 miles.

“This is as if one saw a needle on a soccer field perfectly sharp from a distance of one kilometer,” according to a press release announcing the photos.

“This was a very exciting but also extremely challenging project,” said Lucia Kleint, who led the GREGOR’s revamp, in a statement. “In only one year we completely redesigned the optics, mechanics and electronics to achieve the best possible image quality.” 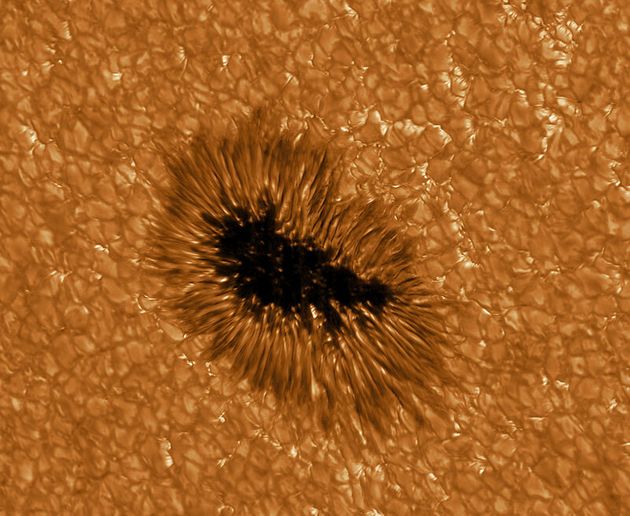 A sunspot as seen in high resolution via the GREGOR telescope.

An animation of a sunspot viewed via the GREGOR telescope. 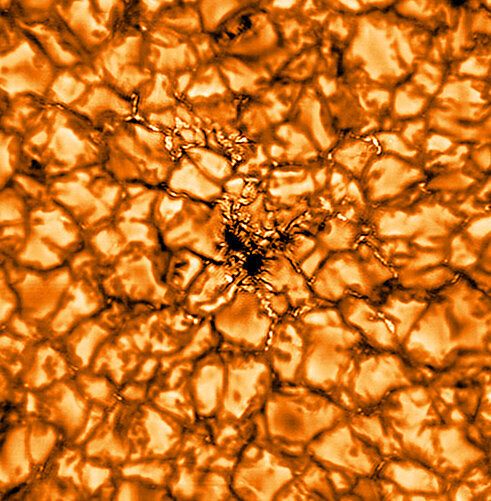 A high-resolution view of the sun's solar magnetic fields.

Similar images of the sun’s surface taken by the Daniel K. Inouye Solar Telescope in Hawaii were released in January, drawing reactions across social media from commentators who said that the star’s hot plasma resembled kernels of popcorn.

Folks , trust me :)) - this discovery related to Sun spots is again , a really BIG DEAL for the Electromagnetic Universe view of the Sun & other stars :- 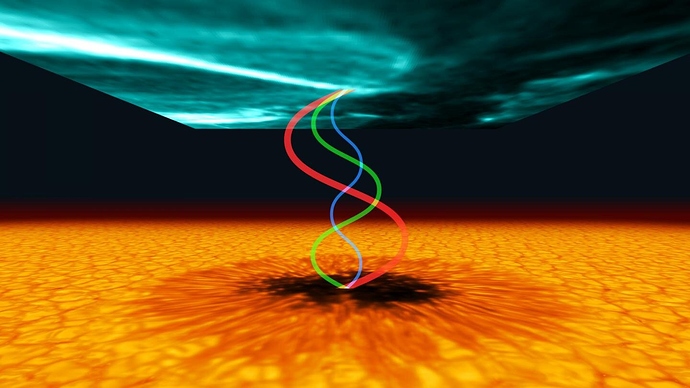 The presence of resonating cavities above sunspots has been confirmed

Sunspots are darker regions which often appear on the Sun's surface. They are caused by strong concentrations of magnetic field, and can be as big as the Earth, or even much bigger.

The presence of resonating cavities above sunspots has been confirmed

Artist's conception of waves trapped between the surface of a sunspot (lower image, taken with the GREGOR Fabry-Perot Interferometer) and the transition region (upper image, by courtesy of NASA/SDO and the scientific team of AIA). Credit: Gabriel Pérez Díaz, SMM (IAC).

Sunspots are darker regions which often appear on the Sun's surface. They are caused by strong concentrations of magnetic field, and can be as big as the Earth, or even much bigger.

From the end of the 1960's the presence of oscillations in the atmospheres of these spots has been known, and interpreted as evidence for magnetic waves. These waves have attracted the interest of the researchers, because they could transport energy from the interior layers of the Sun up to the outer regions of the solar atmosphere. They have been proposed as one of the mechanisms which can explain the very high temperatures of the Sun's outer atmosphere, the Corona, one of the major questions in Solar Physics.

The new results show that these waves are partly trapped in a region of the atmosphere above the sunspots, giving rise to resonances. "This phenomenon," says Tobías Felipe, a researcher at the IAC and the first author on both articles, "is similar to that produced within a wind instrument or on the strings of a guitar. As the waves are confined within a cavity, certain frequencies are strengthened. In the Sun, the strong variation in temperature close to the surface and in a zone called the transition region causes the waves to be reflected and can be enclosed in these resonant cavities."

For this study numerical simulations have been carried out on the Teide-HPC supercomputer, run by the Institute of Technology and Renewable Energies (ITER), in Tenerife. "Thanks to the simulations, we have been able to evaluate a very large number of models which have allowed us to identify what are the best observational measurements needed to confirm the presence of a resonant cavity, and to rule out those whose interpretation could be challenged," explains Christoph Kuckein, a researcher at the Leibniz Institute for Astrophysics at Potsdam and a coauthor of the studies.

"The high resolution observations taken with the solar telescopes at the Teide Observatory, (GREGOR and VTT)," adds Sergio González Manrique, a researcher who has recently joined the IAC- let us follow in detail the fluctuations in velocity and temperature of several layers of the solar atmosphere. The data agree perfectly with the predictions of the numerical simulations."

As well as explaining a mystery which has lasted several decades, this finding provides a new method for inferring the properties of the solar atmosphere using its oscillations. "Future investigations will benefit from the data obtainable from the coming generation of solar telescopes, such as the European Solar Telescope, which will be installed on La Palma," concludes Tobías Felipe.

And we return to: The Sun is Lava

There is no doubt about it being a good idea to develop a course from this material to make the knowledge more accessible or easier to understand for less scientific minded folk. One thing, though, is that I think some of the terminology could change - it could or should be altered to be more along the lines of Joseph Cater's works and Lori Gardi's work (Fractal Woman) + Robert Distinti. I think these folks make these concepts more accessible and have superior terminology or definitions. David L…

And aside from Goran Mitic's work, does anyone recall the name of The Ohio State University professor with the background (I think) in ultrasonics and spectrography that was punished for his work on the sun and demonstrating that it is not plasma?

It appears he's advancing a concept called "The Liquid Metallic Hydrogen Model of the Sun": 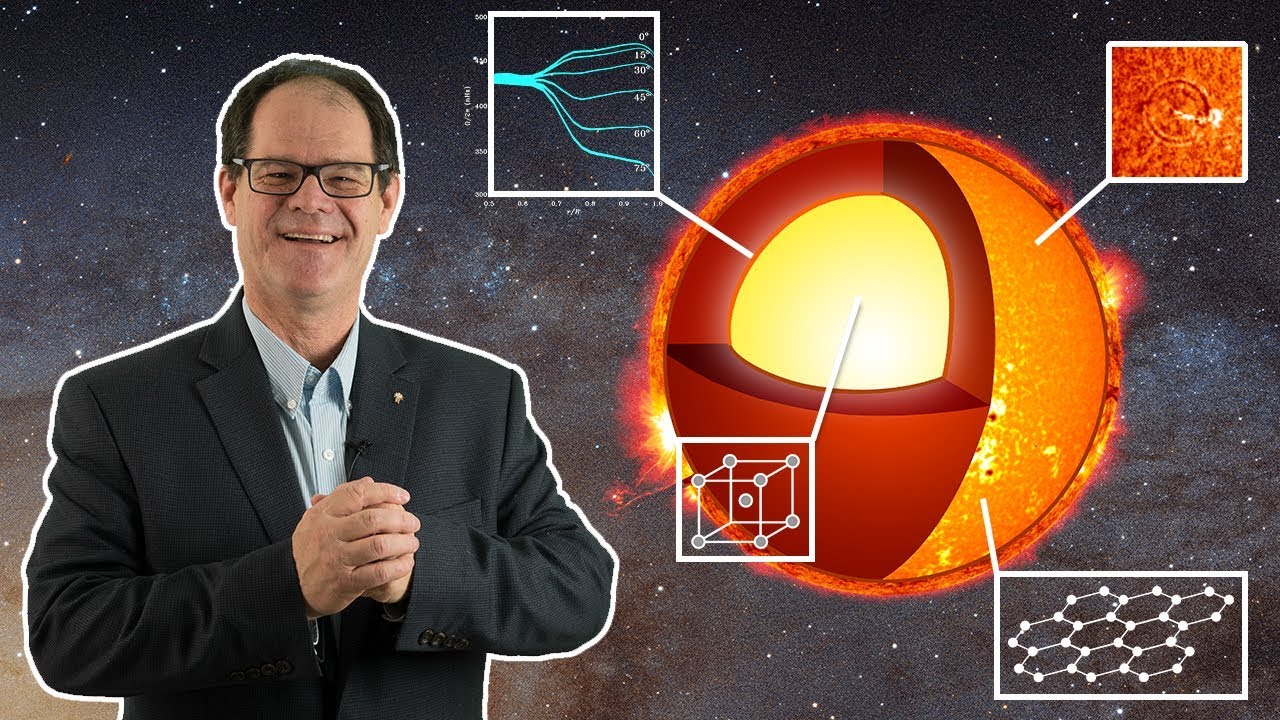 @Soretna , you have brought out some interesting ideas...I think the Safire Sun project @Echo_on talked about is one of the very , very promising streams of research on "self-organising electrical plasma" , about the inner working of stars - it is also the most successful model till date for sustainable nuclear fusion power generation .