Reptilians Manifesting During DMT Experiments? - Plus Some Thoughts on David Icke

I've been meaning to write this for a couple of months now, but life has been a real bear lately. I wanted to do this subject justice, so I held off on making micro-posts about it (although, in hindsight, that would have been easier).

I found the following article quite interesting: 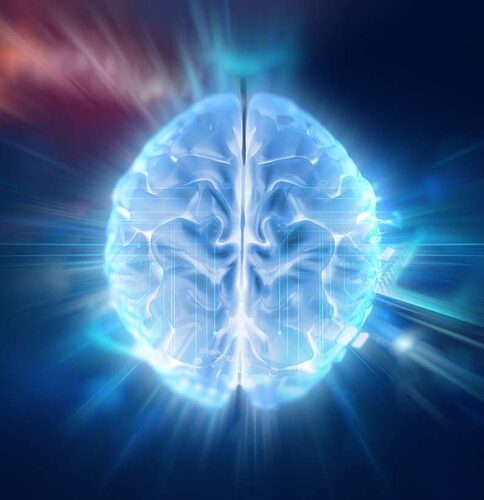 During the 1970s, the CIA & US military sent soldiers into other dimensions through experimental technologies. Most subjects described encountering identical reptilian beings in the 4th dimension despite having no contact or communication with...

As well as this one: 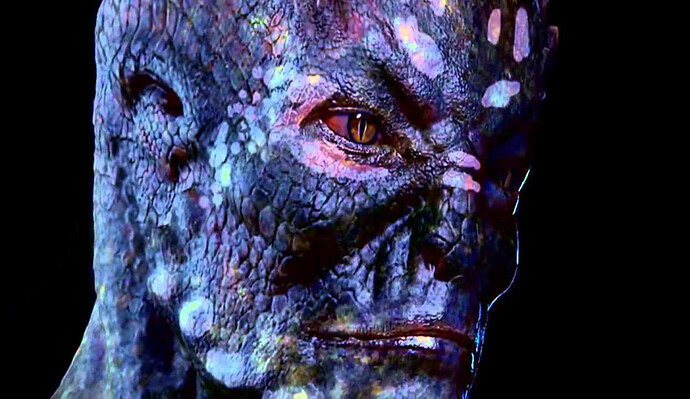 From 1990-1995 researchers received federal funding to conduct a study on DMT, the most powerful psychedelic on Earth. Each volunteer was isolated & had no communication with one another. When they interviewed participants afterwards, more than...

Unfortunately, these articles don't cite any specific sources to back up their claims, so it led me down a rabbit-hole of research... or you might call it a snake-hole

The gist of both articles is that during a number of government-sponsored (and possibly some non-government-sponsored) experiments involving DMT usage, many users reported seeing reptilian beings during their out-of-body-experiences.

One famous mention occurred in 1995, when Robert Monroe had an interview about out-of-body-experiences (OBE's). In it he made the following statement: 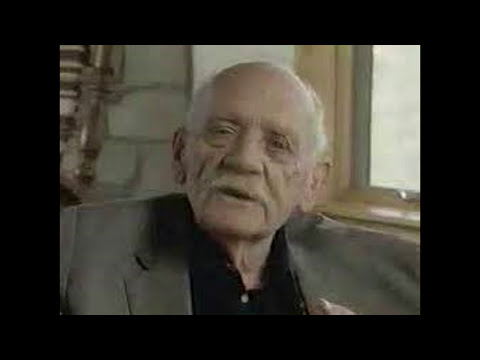 Robert Monroe: [...] We know of about five [species of intelligent life which are encountered in these experiments], anyway already. But, mind you, these are not human forms. That's the interesting thing to realize.

Interviewer: You can't leave me and my listeners with you know [of] five [species, and not give us further details]... [laughter]

Robert Monroe: Well, one of the ones that we've encountered most oddly enough is—we call it the alligator system, because the physical body there—it resembles very much an alligator, but it has an intelligence equal or superior to ours.

Robert Monroe was a well-known radio executive who ran his own company. Due to repeated bouts of involuntary and uncontrollable OBE's which occurred whenever he laid down (whether to take a short nap or just to relax), he decided to use his money to conduct extensive research into the (at that time) unexplored field of OBE's and the capacities of the human mind. He quickly became a world-renowned authority on the subject of OBE's and he wrote a number of books on the subject, including Ultimate Journey and Far Journeys, which apparently also discuss some of his encounters with other beings on DMT trips.

Therefore, this statement from him regarding these encounters of reptilians during DMT experiments is most significant. But are there other witnesses to back up his claims?

Unfortunately, the declassified CIA documents which were the primary focus of the blog articles I linked to above do not say anything specifically mentioning reptilians. The documents mostly focus on the technical aspects of the experiments.

However, there are other witnesses who have claimed to see reptilians during DMT experiments or similar circumstances. I've decided to compile a list of witnesses as follows:

(From searching the internet, there are many more stories like this, but I think these are sufficient for our present purposes)

In studying these many accounts, I came to believe that these reptilian beings which so many people claim to see—are not actually from other planets—but from inside the earth (in the crustal layer). This impression came to me strongly—that these are demonic beings, who have taken reptilian bodies, and they are projecting themselves through their powerful psychic influence to the people on the earth's surface who decrease their barrier to the spirit world via the use of drugs such as DMT. As per usual, the "aliens from outer space" gimmick has proven to be a useful misdirection from the true source of the problem...

Maybe something to think about next time you hear someone talking about a strange DMT trip!

As part of my research, I also had a somewhat difficult time finding the original source for a popular reptilian sketch which keeps popping up on the internet. The earliest source I could locate for this picture was in David Icke's book, The Biggest Secret (1999). However, as I began reading Icke's book, I was increasingly struck with an odd feeling by the things Icke was saying. Clearly, Icke has a great degree of truth in much of what he writes. But, it's mixed also with a great deal of errors. What really bothered me is that he was quoting from sources and data which are so clear and unmistakable in laying out the true problems facing humanity, that I could not understand how Icke could have "innocently" missed the mark in being ignorant of these things, on some of the most crucial points throughout his book. What follows is both a review of David Icke's views as set forth in his book, as well as his views in general, and his standing as a person and "one of the supposed good guys."

Apparently, The Biggest Secret was one of David Icke's most famous books which set him on the path of popularity, and in which he debuted his idea of a reptilian conspiracy to the world. I believe he did this on their agenda, to discredit the idea and make the rest of us look like fools. Unfortunately, as can be expected, the book is riddled with errors, but also contains significant truth. I would describe it as "the truth mixed with (much) error." Icke acknowledges a connection between the Talmud and the underground influence, but doesn't correctly develop the Babylonian connection. He does talk a lot about Babylon, but with many errors. He can't separate fact from fiction in ancient mythology. His information about WWII is largely misleading, as with most other writers.

Icke also quotes from L.A. Waddell in places—which startled me—but then I realized this means his mistakes extend far beyond innocent ignorance. There's no way he could study Waddell's material and still be so off-base on certain things regarding ancient history. Waddell develops the underground connection and similar influences in ancient history very clearly and forcefully. Another author he quotes from is Eustace Mullins—who also lays out the agenda of the World Order very clearly. I cannot understand how Icke could possibly have any confusion or ambiguity left in his mind about the reptilian agenda or the World Order structure—which so often manifests in his writings and speeches—after reading the works of these authors.

One of the most grievous errors in the whole book is the lack of connecting the reptilians to the crustal world, and instead painting them out to be "extraterrestrials." This is a serious and fatal misdirection. He does briefly mention the idea of "inner-terrestrial" reptilians on pages 24-25, but doesn't give it nearly enough weight or consideration. He also doesn't sufficiently flesh out the contradistinction between the crustal and concave worlds. He subsequently spends most of the rest of this book out in the weeds.

I was surprised that Icke did passingly mention the Hollow Earth between pages 250-253, but he automatically associates it with Nazis—which is a typical scare-tactic to frighten people away from studying the Hollow Earth at all. Even though he gave passing mention of it, his book was certainly not that of a vigorous Hollow Earth proponent, and his research was cursory at best. It seems as if he included it in his book simply to smear it and paint it with the same brush as the rest of his jumbled and chaotic theories.

Another extremely grievous mistake on Icke's part is that he has flagrantly false disinformation about Jesus Christ—openly referring to Him as a "myth" and a composite figure which was morphed out of different sun-worship deities / pagan religions. This is an example of some the crap that Icke includes in this book for no apparent reason. The historicity of Jesus Christ has been established through many sources—even by His chief antagonists. It's significant that the Talmud itself—which certainly holds no positive views about Jesus—does not stoop so low as to deny His existence. Even the chiefest of Christ's critics did not deny that He lived and walked upon the earth. And in reality, there is much more evidence and substantiation for the Life of Jesus Christ than for many of David Icke's sketchy and half-baked theories.

Extremely fascinating , @Ephraimite , thanks for sharing this thought provoking post . David Icke is quite likely , an honest man !

@sidharthabahadur Thank you for your compliment, however, I'm not sure I can agree that David Icke is "an honest man." From what I've read, as I detailed above, he is misguided at best, or deliberately misleading at worst. He does share some truth, but not enough to point people in the right direction—only enough to confuse them.

To associate the HE with the NAZIs and stop at that point is certainly matter of poor reasearch, very poor. Really, I end up with the same conclusion, he is ignoring everything else about the HE on purpose. If you at all investigate the HE then you can't miss all of the different perspectives.

@deandddd He did mention a few other points as well, but it seemed very off to me in terms of how he began this section by saying, "The Nazis also believed that the Earth was hollow..."

He does go on to talk about Jules Verne, the flaws of the solid-core model, Marshall Gardner, Raymond Bernard, Richard Byrd, and several cultures' myths and legends about the inner earth.

But it seemed to me as if he were trying to spoil the whole dish from the outset, by immediately calling out "Nazis" as adherents of the Hollow Earth idea.

Furthermore, the whole idea of the Hollow Earth is presented in a chapter called, "The Black Sun," which is devoted to an absolute assault on all things "Nazism." It seems like a very poor context in which to present the Hollow Earth.

He clearly has read up on this topic, but I found it bewildering that he did not devote more of his book to this astounding revelation. He spends so much time out in so many other weeds.

@Ephraimite , @deandddd , I myself am no fan of David Icke and yes , even honest people can be misguided , mistaken or could have misinterpreted what they came across . He is prone to make sweeping generalisations...probably the most bizarre and outlandish claim he has made till date is that the Queen of England is a reptilian...!

Having said all of the above though , I do believe David Icke is doing whatever he is doing , it is with the right intentions and his claims often have a grain of truth in them . Again this is my personal opinion and I could be mistaken :))

Well, it could be that Icke is just impulsive or something.

The point that I pay attention to is that he doesn't seem to have accumulated enough information about hollow planets and subterranean worlds in order to make a balanced and complete presentation. And he seems to have put this topic on the back burner since 1999.

Is he gaining a stronger following? Is he waning pale?