Check out this new image of Jupiter and its poles from a side shot, which I would argue hold strong evidence of a hollow Jupiter: 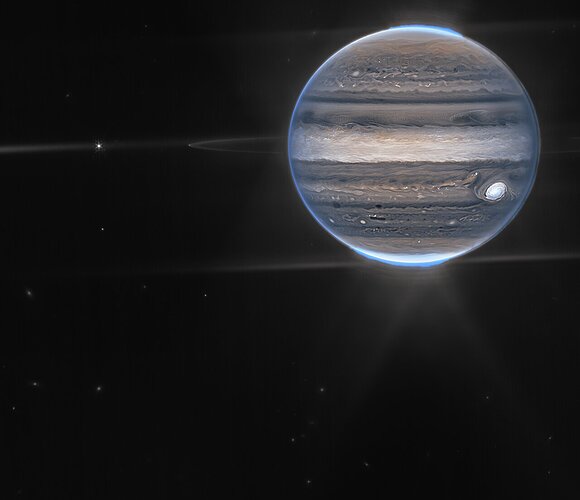 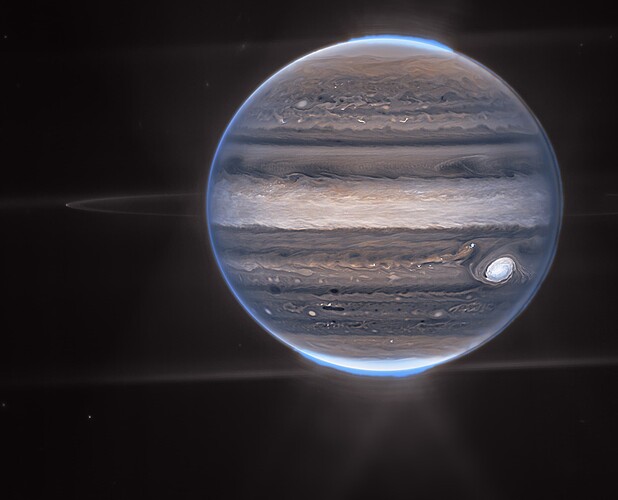 There are clearly some POWERFUL things going on inside of Jupiter for it to share this display with us... 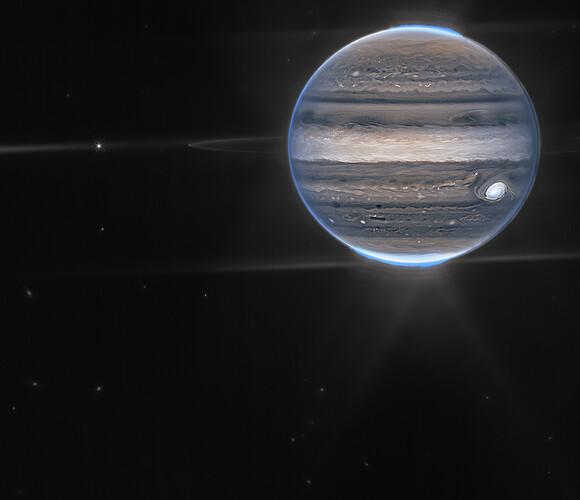 Great images , @Soretna - thanks for sharing ! Given the way Jupiter's poles are glowing , the secret of Hollow Planets cannot be hidden much longer :))

The Arctic explorers were commenting in the 1800s about "upwards" auroras, but even now 150 years later, and even more than 150 years, we are taught by "artist's conception" videos that "extra-planetary reactions/input" are the cause of auroras.

People just don't pay attention. They want to go shopping at the malls.

There is no way we are going to get the truth across.

But we can try!

@Soretna , the James Webb Space Telescope (JWST) is capable of viewing Jupiter from an appropriate angle & has a very high resolution for imaging , such that the Polar openings could clearly become visible...so , the fact that it has not been done yet , means "they" will NOT share those images on the public domain !

I was viewing Jupiter last night with a telescope buddy and he commented that Jupiter has flattened polar extremes. He went on to explain that because the Earth and Jupiter always have different tilts, angles, between them - in other words, because they are not usually edge on towards each other - the Jupiterian orb appears circular.

I would say that the expression of atmosphere, clouds and light from the Jovian polar extremes gives a mere appearance of circularity.

When Saturn's rings were edge-on towards the Earth a few years back, I got a perfectly sidelong view of the planet. And it is flattened at the polar extremes.

Semi related, thought it would be interesting to us here:
3D generated images of Jupiter's skies by software developer, Gerald Eichstädt: 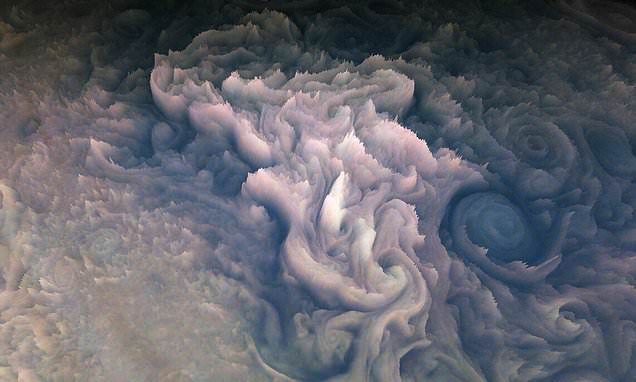 Software deveoper, Gerald Eichstädt, has created stunning 3D renders based on Juno's data, which he presented at the Europlanet Science Congress this week. 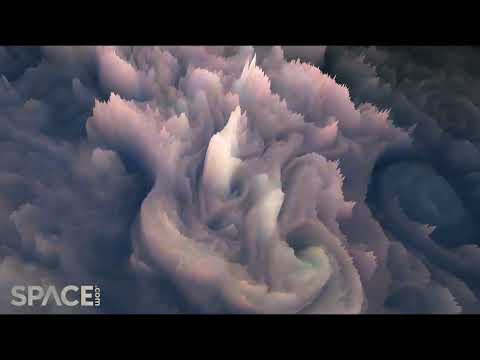 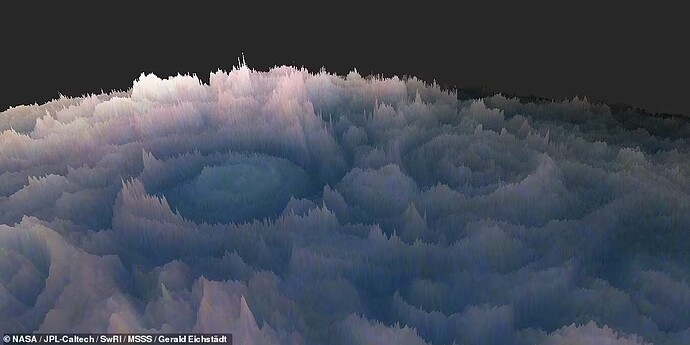