Lights on the Moon

Interesting video on lights on the moon: 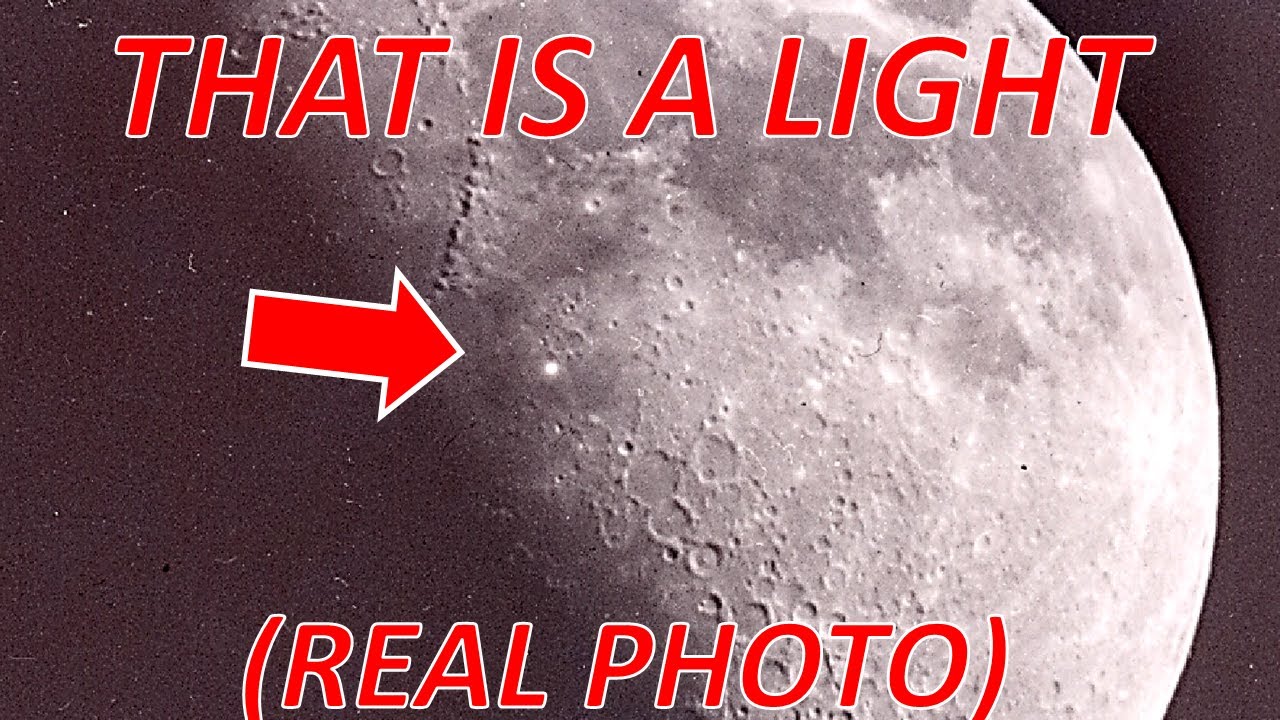 Here is another fairly informative page on the subject.

Telescopic observers from the past have reported nothing less than spotlights shining across the crater during the lunar night. And it is a lare/wide one, rather shallow and flat.

I haven't found a peep, not a peep about it online.

On a different note, the Crater Linné was reported to be filling up about 200 years ago, and then it was noted to be full, flat and even with the surface. Now it is open again. This lends creedence, in my mind, to the George Leonard reports of X-Drones and their spraying activities that leave crater floors flat.

Anyway, I read the chapter about Liné many years ago in the book Epic Moon, and I still have it. I will read it soon and give the whole story about Liné.

I found my copy of epic Moon, and there is a whole chapter dedicated to the Crater Linné. I will be reading it this weekend, and I'll offer some details.

But just to give a preview, it was mentioned in the book Somebody Else Is on The Moon, by George Leonart. He was having a casual chat witth some scientist from NASA way back when, and he mentioned Linné. I got two takeaways from it.

"Take a look at the pictures of Mars sometime,", Sam said. Espsecially the two Moons. If you think our Moon has inexplicables ... ."

"I've glanced quickly at the pictures" I said.

"Take another look. There's an opening in one shot that had to be built. It looks like the mouth of a bottle. Don't forget that the two Martian Mons weren't discovered until the 1870s, soon after the Crater Linné disappeared from our Moon. Those shots of Mars have some of the analysts at NASA standing on their heads and going without supper."

Takeaway Number One: If NASA knew baack then that the moons of Mars are hollow with an oening, they are smart enough, of course, to put two and two together and guess that planets are hollow with openings. Remember that Kerry the Democrat went to the South Pole on election night in 2016. And I'm sure that the list members are smart enough to put two and two together, too. Our world leaders know about them, and have spoken with them. It is still practically impossible to know what's going on, if there is any relationship, if they support one side or the other on the surface. We have such little information.

But the hollow nature of the moons of Mars gave them fits in NASA.

Takeaway Number Two: Linné filled up in the 1870s. It's a small crater, 2.4 kilometers, si it is not THAT itsy bitsy. It was filled and flush with the surface, and now it is empty again.

Here is at least something from Wikipedia, there is amn image or two of it, and some BS.

@deandddd There is not a lot Nasa do not already know. They are fully aware and have been since the late 40s. I apologise for my delay in posting some cool images, they will i hope inspire much more discussion. Ps.. Keep up the great at articles and research guys, you all rock!

Jimmy did an interesting Moon video.

I didn't know that the pwoers-that-be in the world are interested in mining exotic metals on The Moon.

But he sticks too much within orthodox parameters, for example, he presents that there is no atmosphere on The Moon. And that the only water is some ice.

That means that, once it becomes easy to go there and mine, you don't need to even think about going there for tourism because, supposedly, there is no atmosphere.

Because, if yougo there and notice a nice, thick atmosphere, you and everyone else will have to toss out the idea of Newtonian, density-of-mass gravity.

And there is only one alternative, that gravity effects are caused by electrmagnetic attractions and repulsions. Which doesn't require petroleum for travel on the surface or travel in the air. This frees us from the yoke of the petroleum barons.

And this understanding empowers any two-bit dictator to make some awfully long-range, cheap and fast misilles, because they don't have to push against gravity; antigravitics are concomitant with the idea that gravity effects are due to electromagnetics.

Whose side is Jimmy on? The Army's side?

@deandddd this recent news really makes me wonder about this situation even further: 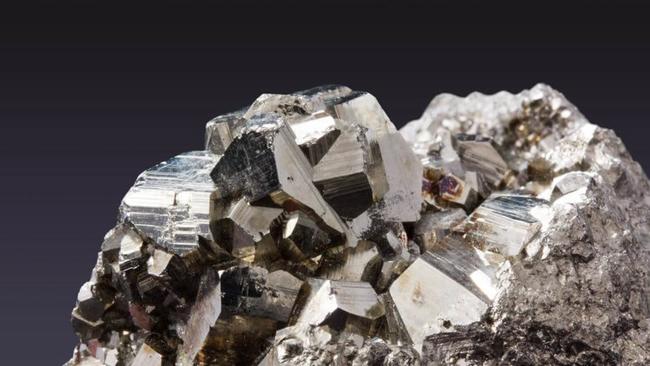 Restricted access is "unusual and extraordinary threat" for which US must increase mining... 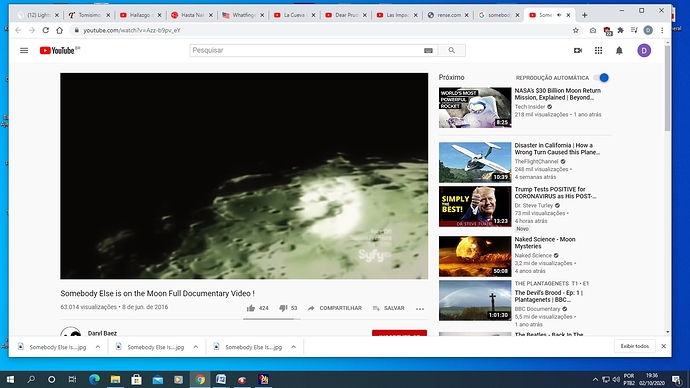 Here are just a few samplings from the book Somebody Else Is on The Moon, Chapter Fourteen, Lights and Flashes and Flares ... Page 151. I think I’ll do more later on, a page or two every other day, something like that.

“Ruby-red color flashes have been seen repeatedly in Aristarchus. They cover areas up to several miles long and are often seen over domelike structures. The Russians have documented luminescent glow in Aristarchus. Spectro-graphic analyses of these glows showed emission lines similar to those of molecular hydrogen gas. These flashes and glows are not generally seen when The Sun hits the central peaks – this is, they cannot be attributed to The Sun, otherwise, they would be a common phenomenon at that time of day.”

“M.K. Jessup, a mathematician-astronomer who was one of the first serious writers to link The Moon with UFOs, reported from his research that specs of light lasting an hour or more were seen all during the nineteenth century (1800s).”

“Herschel, that musician-turned-astronomer who discovered the planet Uranus, saw during a total eclipse about 150 very bright spots scattered over the surface of the Moon.”

“Specklings of light are common. These clusterings sometimes look like bright needle points huddling together. The record shows that white dots of light in an arc have been seen often, particularly in the Mare Crisium”.

“In 1821, a light shone out with startling brightness from the crater Aristarchus – for two days in February. Then it was seen again by others. Then twice in May the same bright light shone from the same crater”.

“Gruithuisen back in 1824 watched a light in one location flash intermittently for a full half hour”.

“Charles Fort wrote about signal-like lights seen on the Moon. He took his data from scientific journals. Minute dots and streaks of light in Mare Crisium: The phenomena recurred over and over, 120 years of lights in Mare Crisium. And he told of designs in lights – two straight lines of lights, with a dark band between them which was covered with luminous points. This configuration, obviously of intelligent design, was sighted by Gruithuisen in the crater Messier.

This should answer some questions...

Do you have WhatsApp ?

Yes I have watsapp but would prefer to use signal for sensitive conversation...

Here are a few more, people, and I'll do more tomorrow.

Page 153, Somebody Else Is on The Moon

“Birt and Elger saw such an extraordinary arrangement of lights in Plato that they combined with other Moon observers to study and chart them. The lights were fixed in location – but rose and fell in intensity. Fort reports that up to April, 1871, the selenographers had recorded 1600 observations on the fluctuations of Plato’s lights. These, with graphs and complete records, were deposited in the Library of the Royal Astronomical Society. Could anyone possibly say lights on the Moon are rare?

The Astronomical Register reported that a Prague astronomer saw, on April 24, 1874, a dazzling white object slowly crossing the surface in The Moon. He continued to watch it after it left The Moon . Thirteen years later, a luminous triangle was watched on the floor of Plato. In the same year, several observers watched “flakes” of light moving toward Plato from all the other craters on The Moon. …

And Plato – normally a dark, brooding walled plain near the northern edge of The Moon – blazed with lights. “

“W.S. Cameron’s collection reveals that the following events have been happening for hundreds of years on The Moon and still go on: Blinking, reddish coloratioins, starlike points, brightenings, pulsations, and blue lights, on top of the peaks and crater floor; have all been reported in the crater Aristarchus.”

“Blinking, needle points, moving lights, and red color have been sighted in Plato. “

“Starlike points during eclipses have been sighted in a dozen or more craters.”

“Brightening, blinking on the outer wall, and then on an inner wall, a pinkish glow on the floor, and moving shadows on the wall, have been seen in Gassendi”.

“Blinking on the inside wall, the appearance of fog cascading down the slope, and a cluster of spots of light have been reported in Eratosthenes.”

“Starlike points during eclipses have been sighted in a dozen or more craters.”

Where I live, Nov 30 means the rainy season!

“A very bright blink in one small craterlet, a dim blink in another, and bright, red flashes for 16 seconds were sighted in Rabbi Levi.” [Crater]

“The West rim was colored yellow ocher with a thin cloud in Posidonius.”

“An intermittent glow for two hours, brightening and obscuration of the inner wall, a flash of first magnitude on the central peak, a reddish glow followed by Obscuration, brightness lasting several minutes on the peak, flashing on top of the inside wall, a pinkish color to peaks and walls, an orange-pink glow on central mountains, have all been reported on Theophilus.”

“Reddening in a fan formation, following a bright area, was seen South of Madler.”

“A pulsating white glow on the external West slope was sighted in Tycho.”

These are most of the good descriptions.