IN VIETNAM, THERE ARE CAVES AS TALL AS A 40-STORY SKYSCRAPER

I found these stunning images of lesser known cave systems :- 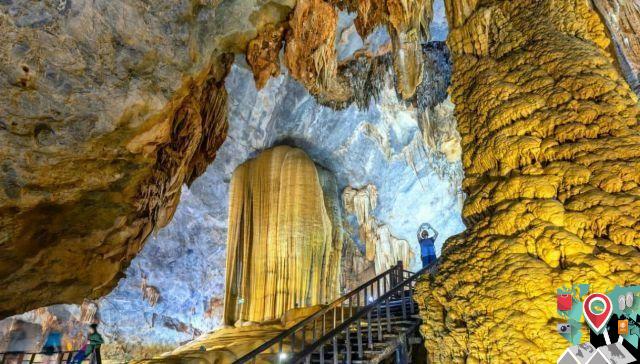 🌍In Vietnam, there are caves as tall as a 40-story skyscraper

▷ Login now to see ✔ ️In Vietnam, there are caves as tall as a 40-story skyscraper ✔ ️. Find at For Trip Lovers🌍!

IN VIETNAM, THERE ARE CAVES AS TALL AS A 40-STORY SKYSCRAPER

They are always spectacular, the caves. Wherever they are. However, in Vietnam there are some that really know how to take your breath away: just think that, if you raised them, they would be as tall as a 40-story skyscraper.

To admire them it is necessary to go to central Vietnam where, in the heart of the province of Quang Binh, there are three of the four largest caves in the world. They are part of a very long labyrinth, which includes hundreds of caves and many small underground rivers and that - every year - reveals some new corners. Here, north of the demilitarized zone that divided North Vietnam from South Vietnam from 1954 to 1975, the bombings during the war were intense. Poverty was rampant, and the local population struggled to survive.

Now, thanks to these extraordinary caves, Quang Binh is an important tourist destination. It houses a national park of 126 thousand hectares protected by UNESCO, the Phong Nha-Ke Bang National Park, with its tropical forest and with those underground tunnels that extend for 104 kilometers, forming one of the most spectacular limestone karst ecosystems on the planet.

Of the whole site, the most important cave is that of Son Doong. Discovered in 1991, it is the largest in the world: it measures 4.5 kilometers in length, with a height of 200, and offers spectacular experiences. The bravest can indeed choose to sleeping inside, planting your Canadian in the rocks for one night… creepy! 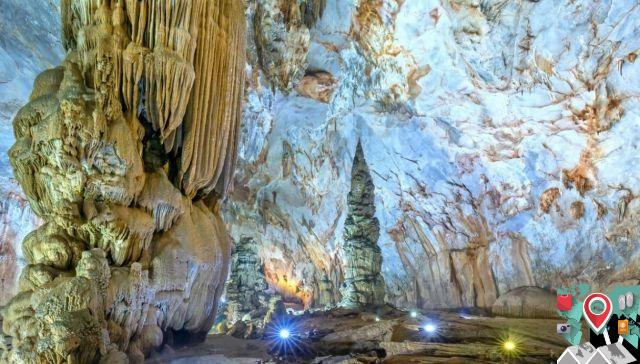 Only 1000 people can enter the Son Doong cave a year, and the entrance fee is around 2.50 euros.

Many of Quang Binh's caves that can be visited host easy-to-access walkways, and illuminated stalactites and stalagmites. Others have been left as they were, and can be visited during guided night excursions in the jungle which - generally - end with a camping on one of the suggestive underground beaches.

But here, in this extraordinary part of Vietnam, the wonders aren't just underground: a fifty-minute drive from the coastal town of Dong Hoi, Phong Nha – Ke Bang National Park is one of the country's most beautiful attractions. It can stay in Phong Nha village, in one of the many family-run guesthouses. And so you can savor the most authentic heart of Vietnam.