HUMMING SOUNDS - Re: Straight from the H.E?

Re: video: HIGHLY DISTURBING Sounds From Beneath the Earth | The Proof Is Out There - YouTube 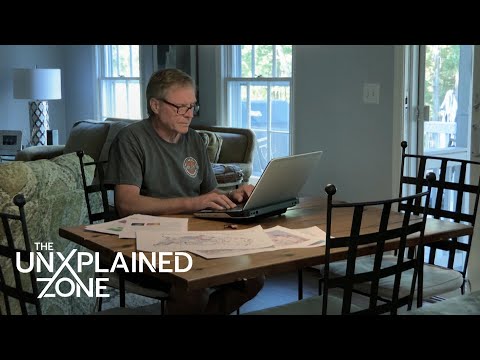 Years ago I wrote the hums off to these same boring machines making networks, miles underground, of tunnels for use by the military or secret governments who run the world.

After reading the Married Lady's, Mount Shasta story I included olde inner Earth civilizations, living deeper and independent of our military and governments.

Although hollow Earth governments would know who, what and why, I felt they were too deep to be involved with making tunnels out near our Earth's surface.

There are other entities living between the outside and inside, but I have only read or heard of a few. Reptilians are a big one.

Another was a small fellow giving the name as a 'Derno' that blocked a surface fellow from exploring further into an opening in a ravine in Toronto, maybe 45 years ago ?

We know from Rampa's olde books and a few recent emails that our Earth's 'gardeners' must approve of all this [ not saying this is all wholesome ] or they would have taken action to intervene.

Personal experience is not the cause of the hum from elsewhere. My employer designed a gas fired tumbling limestone dryer to use to reduce moisture content of gravel.

Unknown to our engineers, this created a loud humming sound in a town, miles away our cement manufacturing processes. The drying was redesigned to avoid this effect.

An earlier email I shared:

A self-described retired United States Intelligence official has held a news conference where she claimed she has met aliens.

Having read about beings having very large 'Under Ground', possibly partially 'cloaked' bases, I am
very open to this video's truth. There is much about 'night time', space craft activity in the south west..

My opinion is most entities mentioned are not new arrivals but are a part of our ancient 'inner Earth' civilizations and are usually unseen.

Some will open link and read down gal's short story. Tall human beings having white hair are in Mt. Shasta.

Author, T.L. Rampa has written a bit about his contact with similar beings he named 'the gardeners'. Rampa describes flying in their space craft and shares physical appearance of 'non human' looking beings. I have the understanding they are ancient and look after us as a farmer watches over farm animals.

I don't think a release of this type of information is a single decision made by Angelia Johnston [Schultz] but one requested and sanctioned by ' ET ' leaders with whom she and others have been working with.

I suspect there is an agreement with all governments that ETs either will not interfere in human's choices or are above human's awareness and by their codes of ethics, refrain from influence unless requested.

Yes, some 'advanced' entities may not look human. As did 'Valiant Thor' and his crew from planet Venus in 1950s who I understood had an office in America's Pentagon.

Never the less, occasional media reports have been in the news for a very long time, describing unusual Looking beings at food outlets and shopping malls In the United States.

I understood when Anjali mentions there are major events manifesting soon. An indication our physical Earth may soon go through catastrophic upheavals and we Earthlings may be reaching a point where we may have to die so our souls may advance.

Towards the end of video, others may see another meaning from what I did. Earths current population is not full of people full of love for everything. Reincarnation awaits and perhaps this ties in with Covid19 slaughter being divine intervention but not In the way I had in mind. ;-))

It is not unlikely that these "hums" are actually coming from the cavern (crustal) realm and/or some kinds of operations and/or work going on there... Hmmmm.