Folks , now this is a fascinating site :- 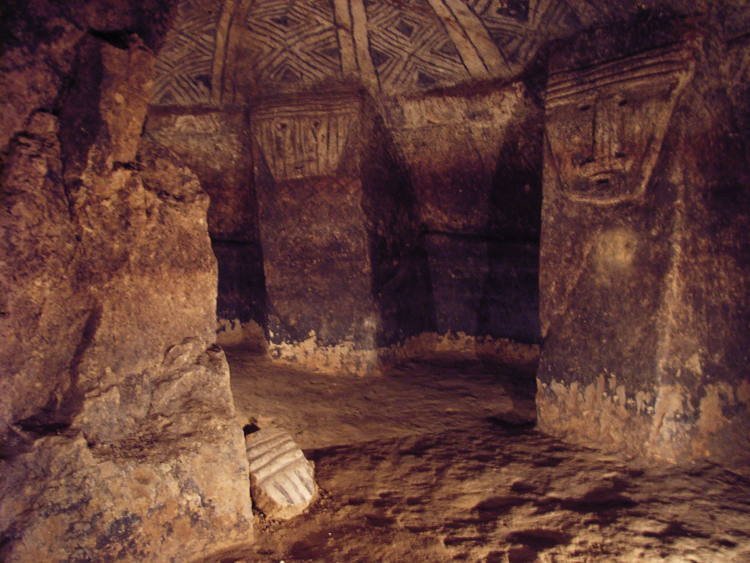 One of the most representative historical and archaeological places of Colombia is Tierradentro, known as the National Archaeological Park located in the municipality of Inzá, Department of Cauca, Colombia.

A. Sutherland – AncientPages.com – One of the most representative historical and archaeological places of Colombia is Tierradentro, known as the National Archaeological Park located in the municipality of Inzá, Department of Cauca, Colombia.

The stone statues of the Tierradentro region are of great importance. They are carved from the stone of volcanic origin and represent standing human figures, with their upper limbs placed on their chests. image source

The area of Tierradentro holds the largest concentration of pre-Columbian monumental shaft tombs with side chambers – known as hypogea (“under the earth”), carved in the volcanic tuff below hilltops and mountain ridges. These ancient hypogea are large and elaborate subterranean funerary chambers, very similar to those that existed in ancient Egypt.

Folks , given the uncanny similarity of these tombs to those of ancient Egypt , it yet again seems plausible that the Egyptians had indeed discovered the Americas , back in the time of the Pyramids .

I would say that the same underground culture had access to, expression and influence upon the surface at different points across the globe. An aristocratic, Tibetan landholder frankly told Ossendowski that tunnel systems connected Tibet to the entire world, and that many who walk among us are his agents.

Yes @deandddd , that might be possible...to me this particular find seems very similar to the chamber with mummies found beneath the Grand Canyon...

Folks, this particular site in Colombia is just 1,000 km North-East of Tayos caves...given their uncanny similarity , I believe these 2 sites are related - they might even be connected via an underground tunnel network through the Andes mountains .

Brazil and Colombia share a lot of jungle border. And the same tribe can exist on both sides of the border.

Yes @deandddd , there have often been claims made that the Andes Mountain range of South America is riddled with a network of ancient tunnels .

The other way to look at it is that most ancient civilisations had an expanse of at least a 1000 miles (1600 km) , so it should not be too surprising if this site in today's Colombia belonged to the same culture as the Civilisation of Tayos caves in present day Ecuador...like I've often said on this forum , international borders are ephemeral man made lines drawn in the sand (not recognised by nature) , so for the study of ancient history one needs to look at the world prior to this rigid system of modern day borders :))

Certainly ... modern boundries are too recent.

Did you know that the the Creek/Muskogee Indian population (Florida) has a lot in common with a tribe, their tribe, along the Amazon side of the Andes? They both Speak Quechua! And Quechua is even spoken down through and into Bolivia. They both drink the same tea, and the bush that the leaves come from seem to have been brought only to Florida. And their style of dress is the same, and especially the patterns.

I imagine that Quechua was spoken from that area, across the Amazon or along (or underneath!) the Amazon border up through Venezuela, and then up across the Antilles Islands to Puerto Rico, The Dominican Republic, to Cuba and then to Florida. And that those people/race existed along that whole stretch.

But then you might or might not know that Peru has some definite Chinese influence, and that the Spanish explorer Orellana met with very tall Asians near the beginning of the Amazon River, in the part that still belongs to Peru. The were very white and had thin black hair, just like the ... Chinese do. And that the Tupi Guarani language cuts the area of spoken Quechua in two, all the way from upriver Amazon down to the Atlantic. And that those indians that speak Tupi have very Chinese-looking eyes. By the way, the Chinese Shining Path movement of communism is Amazon Peruvian in origin.

Now, in modern times, how did Chinese influence ever get there, to the Amazon side of Peru? Especially 30 years ago or whatever, which is around when the Shining Path became active. (The communism in Cuba was from Russian origins)

We keep hearing of tunnels passing underneath the Pacific Ocean, even the Tibetans mentioned them to Ossendowski when he was escaping the Bolchevik revolution over Tibet.

And the Asians that Orellana came across were tall as are the humans that were born and raised in cavern worlds, shielded from the unrefined rays of The Sun. The Spaniards had camped for a few months beside an indian village, and apparently word got out to these Asians, and the Asians asked for and set up a four hour interview.

Boundries and proximity has to be defined by tunnel systems and the technology used to travel within them.

One thing is for sure, and laid out very nicely in the Gavin Menzes books; that the Chinese have been defining things in the Americas for a long time. And not just by sailboats/Chinese Junks.

List members , I also found a video on this - please take a look :- 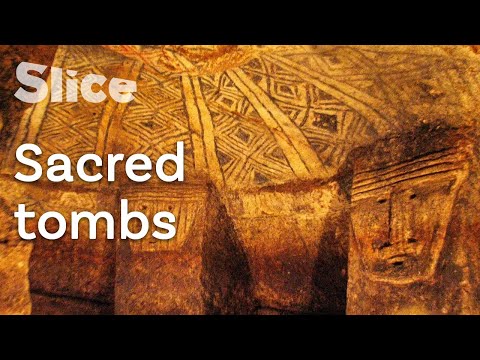 I don't imagine that Teirradentro ws dug out with hammer and chisel. How in the world did they do that?

I wonder if there is a part that is cov ered over, but that leads further down ?

Yes , I agree @deandddd , only a survey with GPR (Ground Penetrating Radar) could help us answer that .