Earth Has a Pulse that Beats Every 27 Million Years! Each Could Lead to Planet-Altering Transformations

List members , now this is truly fascinating - it opens the possibility of so many phenomena occuring inside Earth , that hitherto were flatly denied by mainstream science :- 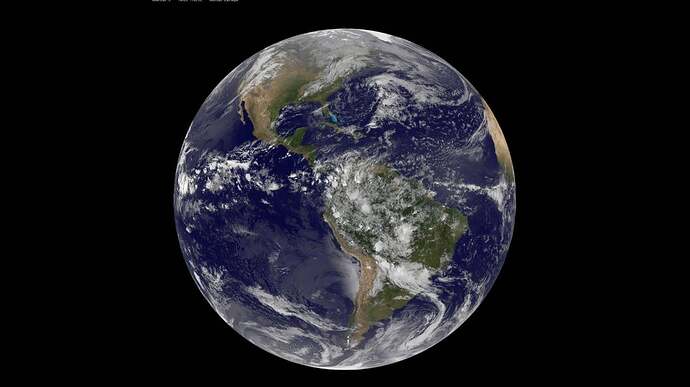 Earth Has a Pulse that Beats Every 27 Million Years! Each Could Lead to...

To understand the pulse pattern, the team collated the data of 89 major geological events, which took place in the span of the last 260 million years. - Articles from The Weather Channel | weather.com

Earth Has a Pulse that Beats Every 27 Million Years! Each Could Lead to Planet-Altering Transformations, Scientists Find

Approximately 4.5 billion years ago, after a great tussle between swirling gas and dust, the planet Earth was formed. Since then, it has experienced geologic processes that have led to planet-altering transformations—from the splitting of continents to mass extinctions.

But have these changes occurred randomly? Or have they followed a set pattern? A new study has shed some light on the geological activity of the planet, indicating that a massive cycle may be in play.

According to researchers, the aforementioned significant changes on Earth have followed a set time pattern, which they have described as the planet’s geologic ‘pulse’. This slow and steady pulse follows a cyclic fashion of 27 million years, with each pulse possessing the power to produce catastrophic geological events such as volcanic activity, mass extinctions, plate reorganisations and sea-level rises.

"Many geologists believe that geological events are random over time. But our study provides statistical evidence for a common cycle, suggesting that these geologic events are correlated and not random," said Michael Rampino, a geologist and professor in New York University's Department of Biology. 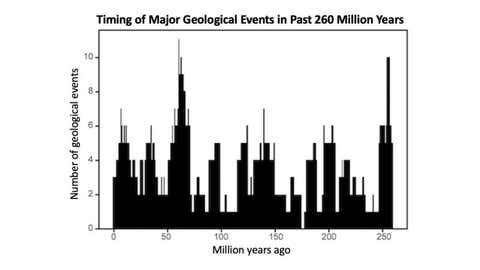 To understand the pulse pattern, the team collated the data of 89 major geological events, which took place in the span of the last 260 million years. The authors took into account past events such as marine and land extinctions, massive volcanic outbursts, incidents when oceans were depleted of oxygen, sea-level fluctuations, and even the changes in the Earth's tectonic plates.

For decades, scientists have been trying to understand the cyclic pattern of the major geological events that occurred between 26 to 36 million years ago. However, limited geological records restricted them from getting conducive results. But now, the conclusions of this new study have been derived from the improvised radio-isotopic dating techniques as well as improvements in the geologic timescale.

Humans safe from the next pulse

The examination of these past events indicates that most of the global geologic changes took place at 10 different time points, widely distributed over the span of 260 million years.

While these recurring clusters of pulses occur at a gap of nearly 27.5 million years, the most recent pulse occurred just 7 million years ago. Therefore, the next pulse of cascading geological activity can possibly occur about 20 million years from now.

Meanwhile, the team is still trying to decipher what triggers these geological events after the gap of 27 million years. While one hypothesis says these pulses could be a result of changes in the geophysical processes related to the dynamics of plate tectonics and mantle plumes, another proposes it is paced by astronomical cycles associated with the Earth’s motions in the Solar System and the Milky Way galaxy.

In fact, an earlier study by the same authors had highlighted that the periodic comet showers occur in the Solar System every 26 to 30 million years. This happens when the Solar System passes through the crowded mid-plane of the Milky Way Galaxy about every 30 million years. Therefore, during this particular period, it is possible that massive asteroids would crash onto the Earth, thus causing a large impact that could lead to mass extinction of species.

Nevertheless, while the why remains a mystery for now, what’s clear is that this new study is a step forward for the scientific community in its collective understanding of our home planet’s geological history.

The research was recently published in the journal Geoscience Frontiers and can be accessed here.