Interesting to learn the possibly Vedic names of the two additional "moons" that Earth has from this thread:

@gardengnome , now prepare to be shocked :)) You will be absolutely STUNNED to know that the L4 and L5 Lagrange points of the Earth-Moon system (where these so called Kordylewski dust clouds are located) , are named Rahu and Ketu in traditional Hindu Astrology !! It was a BIG puzzle for ages , as to what these two mysterious "celestial bodies" Rahu and Ketu actually symbolised , but the recent discovery of these strange "moons of dust" , have nailed this cosmic riddle once and for all ! Try c…

Note from Biblioteca Pleyades: Earth has More than One 'Moon' - Science confirms...

I find the symbols for these two interesting in regards to the Earth orbit L4 and L5 positions: 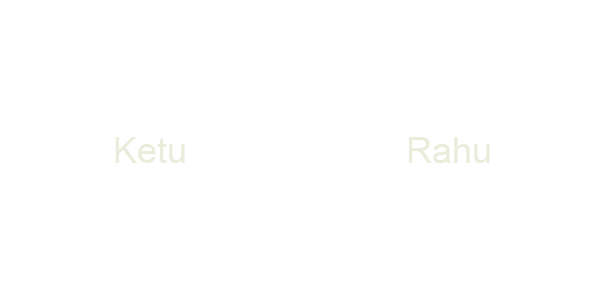 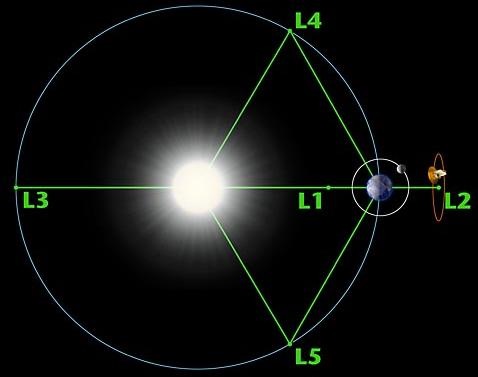 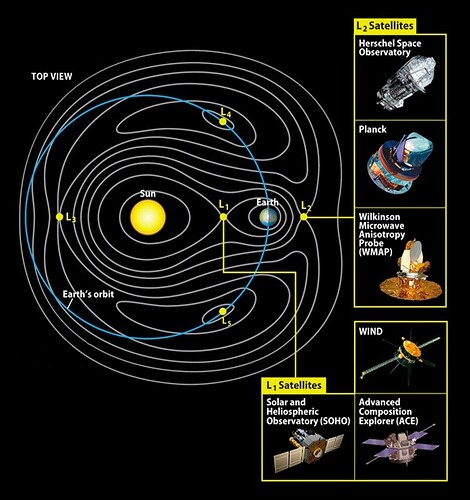 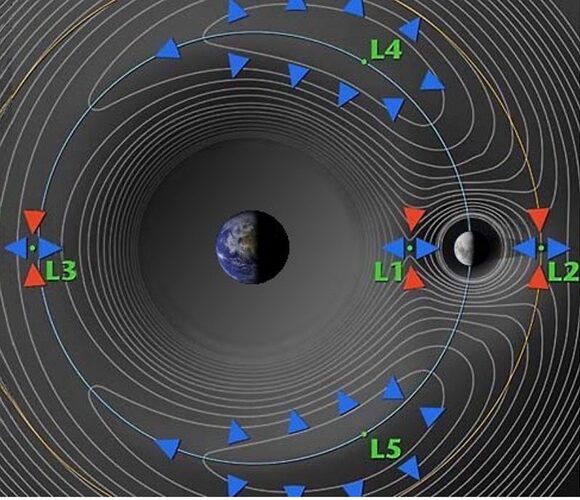 Have the Kordylewski clouds been confirmed? They were first reported In 1961, 2 clusters of dust, orbiting at about the moon's distance. They're faint. Have scientists now detected them?

The Royal Astronomical Society (RAS) said this week (October 25, 2018) that astronomers may now have confirmed the existence of two elusive dust clouds, orbiting Earth much as our moon orbits it, at about the moon’s distance. They are known as Kordylewski clouds, first reported by and named for Polish astronomer Kazimierz Kordylewski in 1961. If they exist, Earth’s dust cloud satellites are exceptionally faint, so that their existence is controversial. The RAS is pointing to two new papers about the Kordylewski clouds in its peer-reviewed journal Monthly Notices of the Royal Astronomical Society. It said in a statement that a team of Hungarian astronomers and physicists may have confirmed the clouds just where Kordylewski said they would be, in semi-stable points just 250,000 miles (400,000 km) from Earth.

Interesting stuff and just a couple more variables to know about in the consideration of so many things...

1 Like
Source of Planet's Atmosphere - Why It Makes Sense to Dig Large Circular Deep Crater on Moon
sidharthabahadur May 31, 2021, 1:32pm #2

Excellent information , @Soretna...I can't believe that even well into this 21st Century , such incredible discoveries are coming to light - when mainstream science would have us believe , we already know everything about the Earth , the moon and their interactions :))

For those interested in Astrology , there is supposed to be a "Rahu Kaal" or Rahu time , each and every day of the year - today at Bangalore in India for example , it was from 7:31 a.m. to 9:06 a.m. (the exact time varies at different points on the globe) . Rahu Kaal is believed to be "inauspicious" and important activities are best avoided during Rahu Kaal (to the extent possible or practical) .

No wonder , Astrology was considered a superior science to Astronomy , by all ancient cultures . To put it simply , the Astrological "formulae" used to make Horoscopes of people are actually a shortcut , a dashboard view/executive summary , from the detailed analysis of vast astronomical/cosmic data . Imagine the amount of intelligence needed (far more than the computing capacity of our biggest supercomputers) to derive what is much more meaningful to our daily lives , than e=mc^2 ??

Astrology (and it's related sciences like gemology , crystallogy , Tarot & Palmistry) is the greatest of ALL sciences - no sorry , humans did NOT figure it out incrementally , by trial and error. This knowledge , in it's ENTIRETY , was handed down to humans by an elder race , or an earlier , more sophisticated civilisation - there's just no other way to explain it .

**The astrological formulae are actually ancient ALGORITHMS (yes !!) to make sense from oceans of astronomical data :))

Since we humans are also made up of star dust , how can we be unaffected by what happens in the cosmos , or not be influenced by the movement & interaction of celestial bodies (billions of times more massive than humans) ? If that's what our forefathers believed , I'd say , that was a reasonable way to look at it...!

By the way , all the L4 and L5 Lagrange points for various permutations & combinations of such celestial 2 body systems (pairs) in the Solar system , including our Sun itself , may have similar surprises , well worth exploring :))