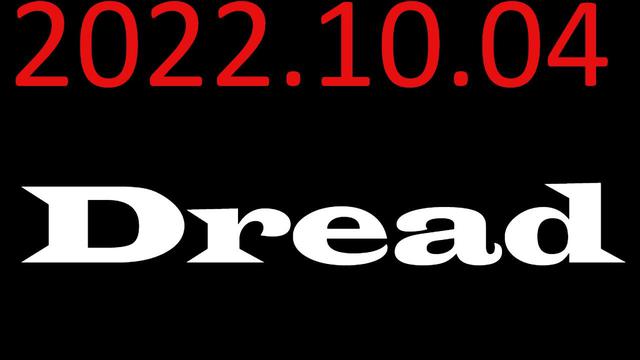 https://purebulk.com/products/clif-highs-pure-sleep TMs popping off all over. Academy going down. Deflation Cryptos

Clif High says he now has some decent temporal markers that allow him to make some projections now, based on his old web bots Asymmetric Language Trend Analysis (ALTA) Report datasets that he labeled "Secrets Revealed" and alternately, "SciFi World". He believes that we entered this time period earlier this year.

He says, "I had suspected for a number of reasons – and actually, because I had wanted it to happen before I died – that we would get the space aliens showing up in 2020 or 2021 or 2022. It didn't happen, right?

"We've had more activity, we've had the burbling, we've had some minor temporal markers along the way but we haven't had the major ones that I've been expecting out of the ALTA Reports. However, those temporal markers for the disclosure of space aliens were bound up in a much larger set.

"That much larger set had many, many, many more temporal markers. Many of those are showing up right now and happening.

"So the 'Dread' part of this is seen from the World Economic Forum viewpoint. Their whole shebang is coming apart right now; everything from money, all the way up through all of their layers of abstractions that they place on society and try and control us with. All of those are breaking down and coming apart.

"One of the major ones; one that I've been looking for has been academia...The Academy is breaking down and we know this is occurring – this is a major temporal marker...that has some attributes to it, including the dropping of population in USA colleges...the peer-review process is breaking down."

He points to reports of one of the world's largest peer-review journals retracting over 500 papers published since August 2020, based on the discovery of unethical actions, i.e., corruption. The same kind of articles were also published in The Lancet and the New England Journal of Medicine, whose misleading data about COVID and ivermectin has likely resulted in thousands or millions of deaths.

Clif says that such revelations, in conjunction with the failing Federal Reserve Note and looming deflation are the source of dread for those who he calls the "Mother WEFers".

He says, "The dread for the WEF [World Economic Forum] is escalating very rapidly and today, we have all these temporal markers showing up that are relative to...disclosure, UFO kind of stuff.

"I don't think we're gonna get the major UFO thing next year. I think it'll show up here...August of 2024, the UFO appearance. I'm saying that now, because of the temporal markers that we've got showing up here (referring to the 500+ retracted peer-reviewed articles).

"This retraction is serious. It's gonna disrupt the tenure system, the hiring system, the corruption in the colleges, it's gonna contribute to the further breakdown of the population in colleges and universities in the United States, because of the corrupted nature of them. Why would you go to a corrupt institution, end up with vast amounts of debt for a degree that does not get you anything, when you learn that the institution and the people teaching you are corrupt enough to have bribed other people in order to get into that position to where they can claim authority to teach?"

Clif believes that the credibility and the prestige of universities will collapse over the next three years and he sees massive hyperinflation through the first half of 2023, followed by a major deflationary event. The latter is already beginning and can be seen in housing prices and in the used goods market.

"Now, we're seeing that the Great Die-Off has impacted housing. It's not just the interest rates going up that's dampening housing demand. There are serious measurable and noticeable trends in the real estate market demand that are suggesting that we're in the early days of a major, major down trend for real estate demand because of people dying-off."

Clif describes deflation as the killer of central banks and he thinks the Mother WEFers didn't seem to understand how much deflation would erode their power base.

"In deflation, you have fewer dollars chasing goods, so the price of goods drops. They don't want us using their resources but at the same time, they must have inflation at a serious level just in order to maintain their power and their ability to control the system...

"We've got a confluence of events that's going to crash the real estate market to 1930s levels, I mean totally destroy it. You can think Japan in the late '80s, early '90s, when they hit their big real estate problem. So, we'll have that. Commercial real estate, which is already in the sh*tter will get worse, all of this is going to happen as we're having deflation.

"Also, the Mother WEFers have a problem, because today, Russia, the Rus people have announced that they're all OK with cryptos for any industry. Russia will allow any industry to buy or trade in cryptos. Basically, what they're saying is they're figuring out a way to tax the business activity of the stuff within cryptos, without intruding on the crypto process.

"This is another problem for the WEF. We're getting away from their bleeding currency that's bleeding out, now in deflation but they're gonna still have to essentially try and hyperinflate. Bear in mind that in 1932 to 1933...we've got an episode of bonds crashing and that's what brought us into the Great Depression.

"We're at that point now, with all of the other bonds that we've got here. So, our bonds are crashing and we're getting a 90-year echo off of the combination of the bonds and the degradation of the money. The debasing of the money has contributed to where we're at now. All of the quintillions of derivatives and that sh*t is not helping.

"And so, the dread for the WEF comes from the breakdown of their control structures and their Academy of Arts and Sciences, their peer review, their ability to censor what's getting printed and so on, it's breaking down due to the effect that we're all leaving the dollar, that we're now starting to see deflation show up here, relative to many different local environments. It's not good for them. They can't fight deflation.

"In 1932 and 1933, they raided safety deposit boxes in banks across the nation, using the FBI and Federal Marshalls. They seized gold and left you a little piece of paper in there and they said, 'We've taken your gold. It's illegal for you to have [it],' referencing this particular act of Congress that they had done and then, they caused inflation by taking the price of gold from $20.35 up to $35...

"So, they created inflation artificially in gold, in order to try to come over and deal with deflation. I think they will try that again. I don't think it's going to be the Federal Reserve. I think it'll be China for a lot of different reasons.

"Now that Russia has put a peg of gold under energy sales – and everything in our lives relates to energy – it is a fallacy, it is a fantasy, it is a psychopathic lie from the Mother WEFers that humans cause Climate Change and that we need to get off of Diesel...

"Everything runs on energy, everything on the whole planet runs on the price of a barrel of oil. The WEF, Biden Regime – all of these motherf*ers trying to get you into Green Energy are trying to kill you off, because they're trying to deprive you of energy and they're trying to sell the Normies on the idea that humans, in some way, somehow cause weather to change, which is 100% horsesh*t.

"So, here we are at these primary temporal markers: The Academy is failing and it's coming out in a big way, as the peer review journal has to wrestle with the corruption of the Cult of the Stupid being bribable.

"We've got other temporal markers showing up, as the population in colleges is way down and 'advanced booking', so to speak for 2023 is WAY the f* down, even more so than 2022. So people are starting to wise up or running into money issues, etc.

"We've got the deflation and the cryptos showing up. These are all huge temporal markers relative to silver...2023, is going to be the Year of the Silver Activity. This will be a price rise and I think it will be in relation to what's going to be happening to gold, relative to what China needs to do with the price of gold.

"That's where we're at, at the moment. It's gonna be a very interesting period of time; the rest of this year and these next two years.

"I don't suspect we're gonna get the UFOs until August of 2024, so I'll kind a chill out about that. It could happen in 2023, depending on how rapidly we get to the food riots and that sort of thing. Still, that looks more for 2024. It's gonna be a rough couple of years but on the other hand, as we see with the breakdown in this kind of stuff here, with the Academy...

"And the universities, as that breaks down, the Mother WEFers lose huge levels of control and their indoctrination system breaks down completely. So this is all good!

"So we're winning, things are good but this is part of the Big Ugly. As you can see, it's gonna get uglier and the best thing that one can do is to follow the trend. In this case, the trend is your friend.