transverse wave, motion in which all points on a wave oscillate along paths at right angles to the direction of the wave’s advance. Surface ripples on water, seismic S (secondary) waves, and electromagnetic (e.g., radio and light) waves are examples of transverse waves.

A simple transverse wave can be represented by a sine or cosine curve, so called because the amplitudeof any point on the curve—i.e., its distance from the axis—is proportional to the sine (or cosine) of an angle. In the figure, sine curves of various amplitudes are shown. These curves represent how a standing transverse wave might look at consecutive (1, 2, 3, 4, and 5) intervals of time. The time required for a point on the wave to make a complete oscillation through the axis is called the period of the wave motion, and the number of oscillations executed per second is called the frequency. Wavelength is considered to be the distance between corresponding points on the wave—i.e., the distance between two adjacent peaks or troughs of the wave. Transverse waves may also be complex, in which the curves representing them are composed of two or more sine or cosine curves.

The results from testing this project are that frequency does not equal the the distance between peaks but affects the amplitude of the wave.

Only within range of 3hz-3.33333hz is the transverse wave made on a Cubic Platonic Oscillation. 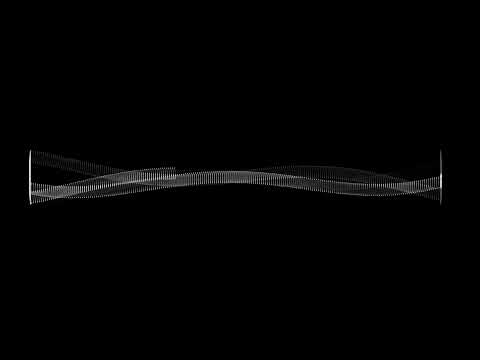 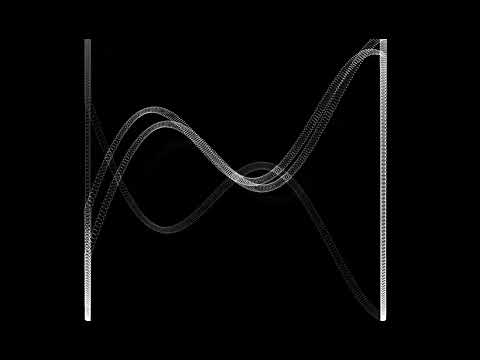 Getting an error that the second video is now private @Echo_on...

Will update the file...and add the continued test...

Just an interesting note on the observed oscillation @Soretna is that if I increase the oscillation hz the transverse wave turns into a vortex... so em wave is a subtle period within a wider LFO spectrum.

Fascinating , @Echo_on...I wonder - what if you keep increasing the frequency of oscillation...would the transverse wave that first changed into a vortex , then ultimately transform into a scalar wave ? What are your thoughts ?

It is very possible that LFO induces a Scaler Wave. imo two opposite waves creating zero point energy is just one transverse wave at a more powerful state.

Oscillation is cyclic, and in essence derive from its origin. (It is like an elastic membrane that is a container). The container being platonic and in a quantum state.

This example, the oscillation creates a torus field at its origin. The brighter the part has more energy. The origin opens up at specific period so I will play around and see what happens. It is possible a pulse may suffice than a continuous oscillation....

..I'll show you in this video I've called vortex... 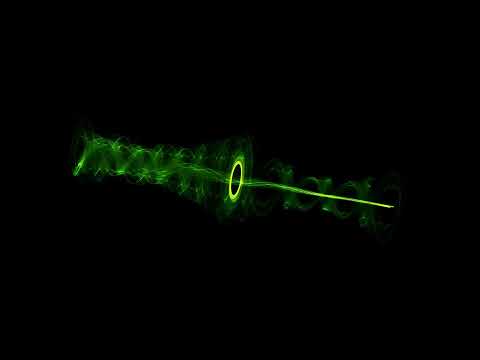 Ps..tip..when viewing these videos you can loop them on YouTube and slow them down to better get an idea... Just hold down the play button for longer press...loop.

Being cyclic! If we take this video and if I say the two yellow spots are the same energy node rotating over a 3d sphere, one horizontal and the other vertical (it is also Fourier). The Sine isn't just up and down it is helical (3d).

Being cyclic! If we take this video and if I say the two yellow spots are the same energy node rotating over a 3d sphere, one horizontal and the other vertical (it is also Fourier). The Sine isn't just up and down it is helical (3d).

@Echo_on , what if this energy node is rotated over a 3D torus instead of a sphere...hmm ! How would the results then vary - any thoughts on that ?

This example, the oscillation creates a torus field at its origin

Again , this is a very tantalising clue...isn't it - what do you think @Echo_on ?

Regarding your idea about creating scalar waves, I think the fact that scalar waves are essentially longitudinal waves , whereas the complete electromagnetic spectrum (including visible light) is consisting of transverse waves , may also indicate something about the deeper levels of reality !

Torus is a 2dimensional Sphere at specific oscillation phase. It is interesting you say longitudinal...

If platonic oscillation occurs X axis only, a torus is formed.

Hi All, I'll post some oscillations that you all may find interesting... 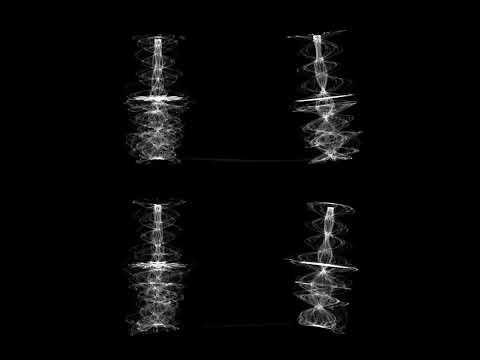 Hope everyone is well...

@Echo_on , this vortex simulation generates shapes and forms that actually remind me of Cosmic nebulae and powerful emissions of energy beams from the center of Galaxies !

It is possible that all form is created from sound.. and its energy from mass.

Is it not strange that sound can not travel in a vacuum yet everything has a frequency?

True @Echo_on , sound (vibration of the ether) is the root cause and source of all creation...certain rare & special frequencies of sound can even generate scalar waves.

The "science" of mantras in Sanskrit and syllables such as OM , whose chanting is considered most beneficial , are proof of the above .