@budcat7 has put up a very interesting new video - what do you think?: 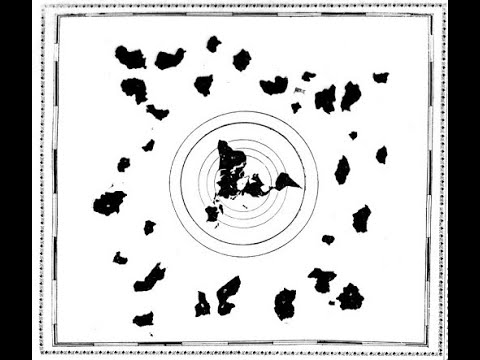 Here's the link to the original map from the Library of Congress: 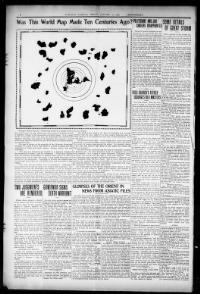 Notice the PDF link on that page:

@Soretna , I will frankly tell you my first reaction - it looked like a map of Flat Earth !

However , it seems this map has been somehow warped from it's original depiction and has become confused .

The Vedas had described a total of 9 continents on the Earth (including the continents of Hollow Earth) . The most bizarre aspect of Vedic geography is it's statement that these 9 continents are organised "like the petals of a flower" .

It takes some mental effort to visualise what the layout of the 9 continents would look like , if the shell of Hollow Earth was made of "see-through" glass , instead of rock - and if you can do that , then "petals of a flower" type configuration for the 9 continents , does not seem quite as strange...!

@sidharthabahadur It could have something to do with the Tectonic Plates? There may have been nine in the past but some have fragmented to form minor ones...

Yes @Echo_on , I agree . The geography described in the Vedas , probably went through some changes after the last ice age .

Vedas had described a total of 9 continents on the Earth

The Vedic statement describing a total of 9 continents on the Earth might have been made before the cloud mantle fell, before the sea levels rose, and before Mu/Lemuria - probably the home continent of the Daityas - was washed away.

Atlantis was never described as a continent.

And I doubt that the Vedas would have considered Europe as a separate continent. From France to Japan is, basically, one land mass. So how would that have been considered?

And if Kanya Kumari were one land mass with Australia?

And if the planets are considered "dvipas", then along with Uranus and Neptune, we have nine. They are physical planets on the orbital plane. I have seen the "earthly planets" used/translated from the Bhagavat Purana in that way, "earthly" in the plural.

I once wrote: "In fact, according to the Puranic descriptions, there is life and activity on all the planets. For example, in the Bhagavat Purana, Canto 4, Chapter 20, Text 35 - 36, a reference is made to the way in which Maharaj Prithu, a king of the Earth, paid his respects to visitors from various celestial planets, and then a reference is made to the inhabitants of the earthly planets."

@deandddd , the Vedas describe the environment of a pre-historic civilisation , so far back in antiquity , that probably very little in the world is the same now .

Having said that , over the ages there have been numerous attempts by scholars , to interpret and reinterpret the Vedic verses . The "confusion" over continents and planets is a result of those efforts to understand the Vedic texts in the light of the interpreter's world view - in any given era . Even the dialect of Sanskrit today is different from Vedic Sanskrit .

My own view (and I could be wrong) is that the Vedas did describe the continents of those primordial times , but some scholar who lived much later , got mixed up between that and astronomy .

**Of course , there do exist separate Vedic texts purely about astronomy , which are distinct from the verses describing the Earth's geography as observed during the hoary past...

When you mention the separate texts having a distinct description, are you referring to the Surya Sidhanta? The Surya Siddhanta is more in line with the Heliocentric model and with what we see.

But I admit, this business about the Vedic astronomical descriptions in the Puranas is hard to conceptualise.

Perhaps the planets that are attached are composed of Cater's soft particles, composed of photon particles and, therefore, have not been perceived yet. At least, not by orthodox science.

I thoerize that photons fit into our retinas, but particles composed of photons do not. This is an interesting concept.

The planets attached to the confinement domes could exist on what people call the astral plane, or what the Vedic literature refers to as the celestial planets

@deandddd , Sanskrit literature is well known for drawing analogies to explain any concept - one of the reasons why modern researchers find it so tedious to study :))

Cosmic analogies were especially popular & were used to illuminate even simple ideas . The Vedic people had their own sensitivities and way of life , which may not resonate with our present day world , the same goes for their writings .

So , here is what I think happened in this case (I'm speculating) - some commentator from the post Vedic era , tried to draw an analogy between the nine continents and the nine planets and over time , people confused the originally intended meaning of that Vedic verse !

This is known to have happened a lot with Vedic literature down the ages , which is why it has been very challenging to fully comprehend those ancient texts .

**In fact , the Buddha is known to have gotten SO exasperated with misinterpretations of ancient Vedic literature , that he started off another religion - Buddhism !

The other peculiarity about the Vedic literature was that even in the texts that were about astronomy , not much distinction was made between astronomy and astrology...if one takes the view that consciousness is the substrate for everything in this universe , then this might be the correct way to look at it . Maybe , someday science will accept that stars & planets too are living , sentient beings , so astrology exists in a continuum with astronomy !

consciousness is the substrate for everything in this universe

You said: "consciousness is the substrate for everything in this universe". I agree. Particles move, and therefore, they must be alive. (Fire is alive) But the consciousness in particles that pass through space must not be very evolved, or dormant at that time.

And the point that I made about confinement domes? They don't exist by themselves, they are a part of a structure that includes an orb of sorts; they exist above and below the orb.

But we are not seeing the rest of the structure, the orb. But it must be there, otherwise, there would be noconfinemeent dome in the first place.

I imagine that these parts that we see of the total structures are indicative of planets in the subtle realms, the astral plane, ethereal world; call it as you like. These are constituent orbs of the celestial worlds.

And the worlds of the demons, too?

I'm thinking that I don't want to get too far away from him again. I haven't been applying his video to the universe very often, but I should keep him in mind and try to interpret things more truthfully.

@deandddd , I think sacred geometry has many of the answers that we seek , so it's great that David LaPoint's excellent experimental work helped validate those long forgotten concepts . This convergence is vital for further progress in the fundamental sciences .

On the topic these short videos are recommended ... 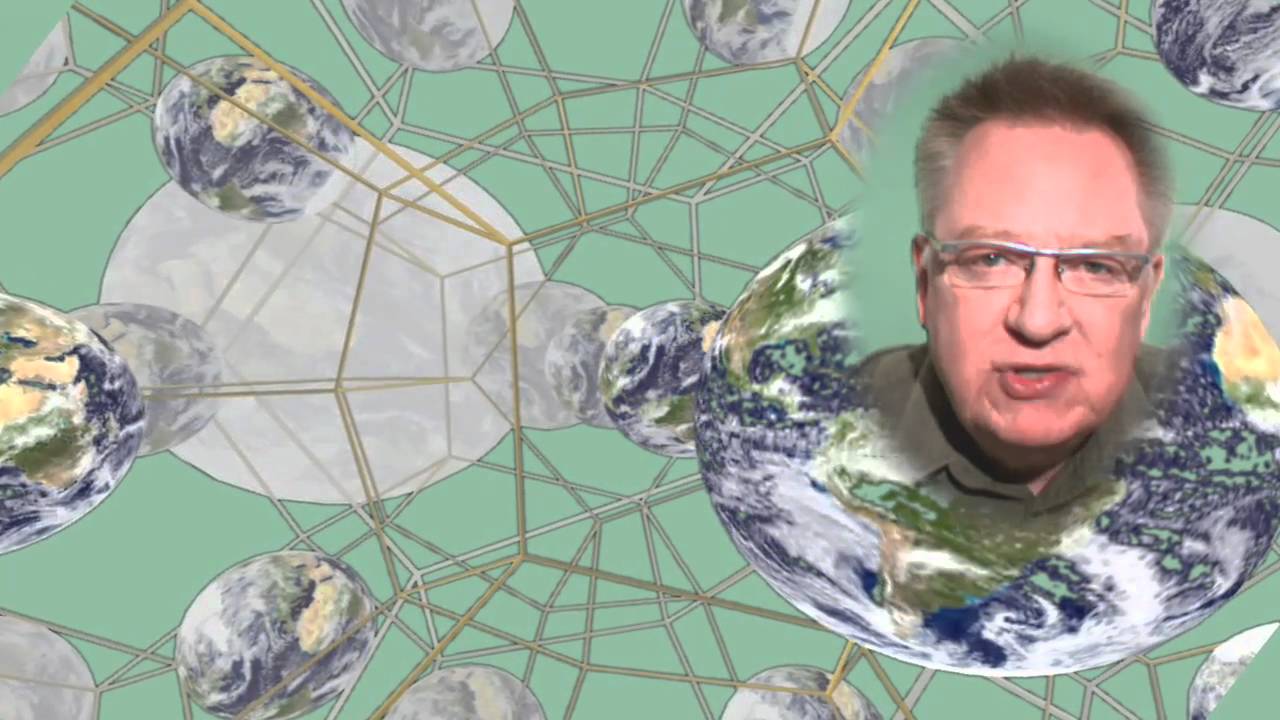 Half way through the first video our friend talks about the dodecahedron topology. In which when flattened then joined top to bottom can create a torus which can then be duplicated from its Genus One Suface into 81 replicatas.

The second video is a also very interesting and will give some insights into alternative visualisation.

I have been working on an a wacky experiment recently by staring at a light bulb then quickly switching on and off and the effects are somewhat like a flash of a camera. What was interesting is that there seemed to be a definite imprint on the retina that i could visually control and the imprints of light were always oscillating /spinning. This is leading me to a conclusion that its our eyes that create the spin (energy of light). 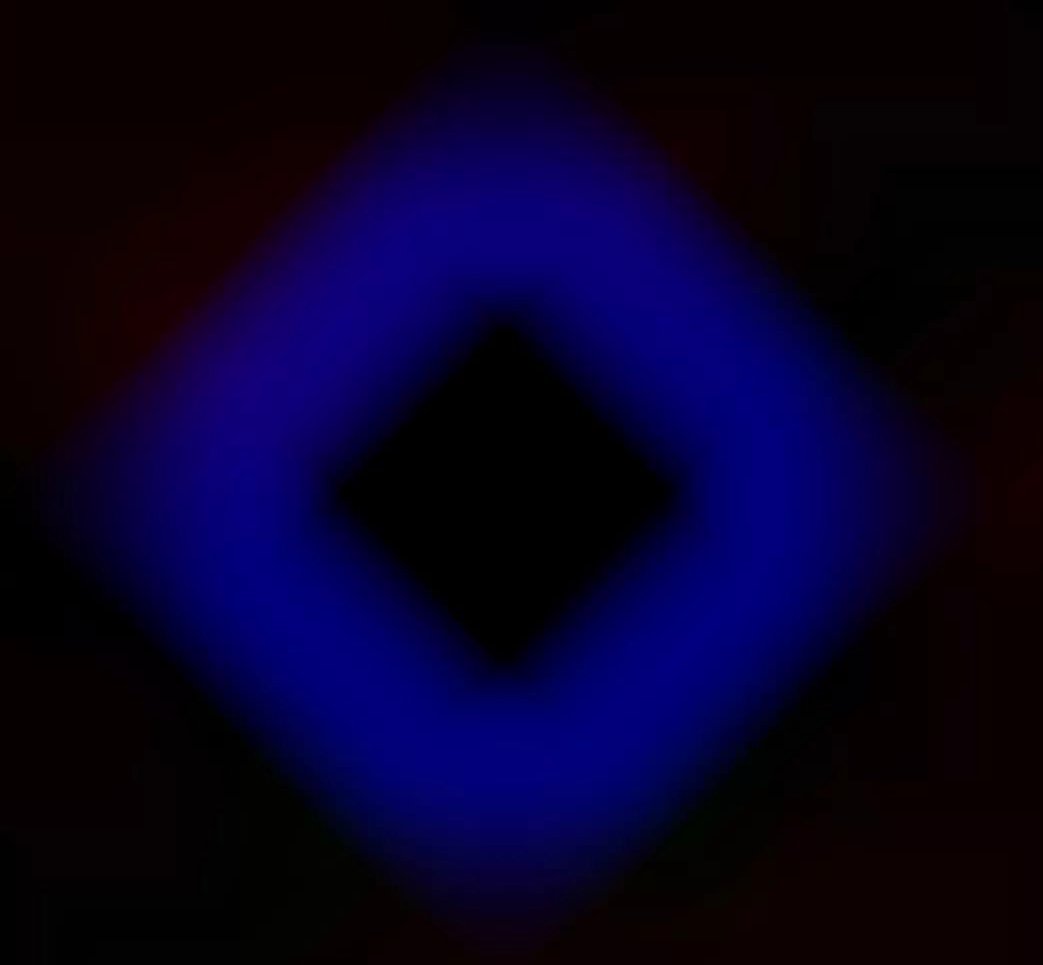 Stare at this for a few minute...

@Echo_on , what a great post by you ! I watched both the videos and they're fascinating .

I too am a fan of Dan Winter's work on Sacred Geometry and his insights on Phi , the Golden ratio . While we are on this subject , you may want to check out this video as well :- 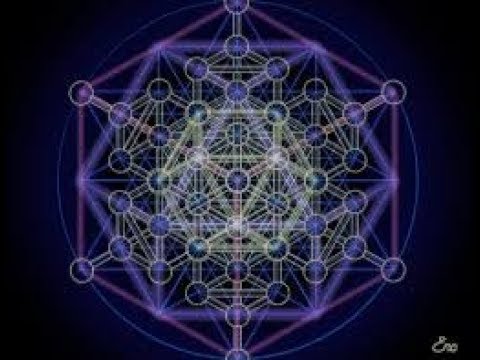 Thanks @sidharthabahadur I remember watching this video a while ago... i think things are subliminal to ascension.

Nasim Haramein is definitely tapped into the platonic phenomenon. Although i must say is missing some connections with how the solids create energy in specific harmony.

I watched Dan Winters video on Ether and something clicked when he mentioned Ether is Denser than matter. What if matter is the inversion of Ether? Or the polarity? So both need to exist together (dual) and feed each other (sound familiar?) This would mean that a torus itself is Ether. We are definitely looking at things inside out..

@Echo_on , you may find it amusing , but I think the Jedi Master Yoda of Star Wars was correctly depicted converting highly focussed consciousness into energy - for levitating rocks !

On a more serious note though , ripples in the ether are considered same as Scalar waves, so in a sense , vacuum energy (Zero Point Energy/Z.P.E.) or "unmanifest energy potential" implicit in the vacuum , "manifests" itself in the form of scalar energy (same as "Vril") - which in turn are ripples in the ether . Those ripples in the ether could be caused by focussed consciousness . Finally , condensed/crystallised energy is matter .

Einstein had ignored the ether , so he theorised the so called "gravity waves" rippling through the "fabric of spacetime" !