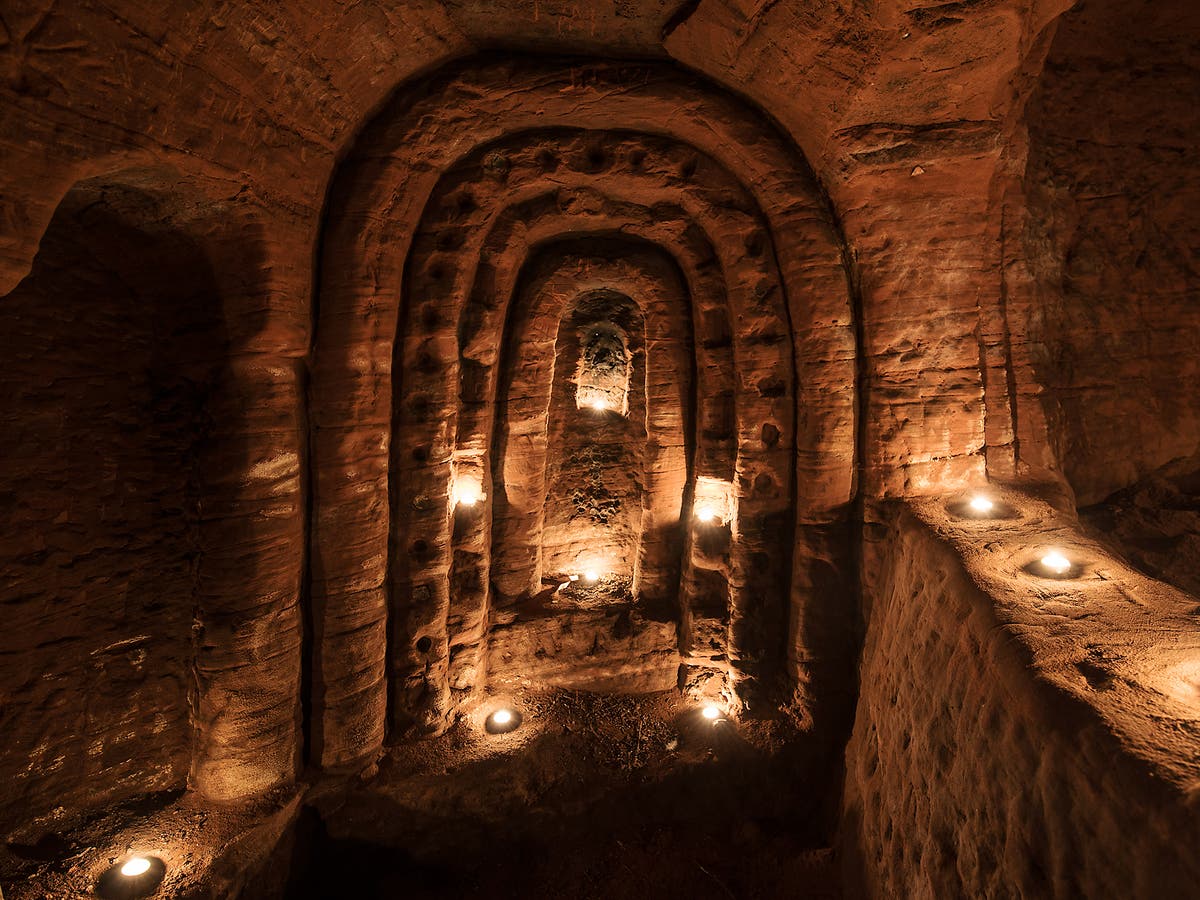 Some chambers are so small that those exploring have to enter them on hands and knees
Wednesday 08 March 2017 16:06

A photographer has uncovered a stunning 700-year-old underground complex believed to be linked to the Knights Templar.

Beneath unassuming holes in a farmer’s field near Shifnal, in Shropshire, lie untouched caves allegedly used by the medieval order that fought during the Crusades.

Photographer Michael Scott, from Birmingham, set out in search of the caves and came back with pictures of the remarkable underground network.

The pictures of the Caynton caves show archways and a series of walkways carved out of sandstone.

Some chambers are so small that those exploring have to enter them on hands and knees, the Shropshire Star reports.

There are rumours the caves have also been visited by pagans and druids wanting to hold ceremonies and are popular at solstice and Halloween, the paper adds.

I bet there are many other such "rabbit holes" around that have not yet been disclosed - by those who want to suppress information about the Templar Knights :))

Yes, I recall this fascinating little tidbit that @deandddd shared a couple years ago as well:

Stunning 700-year-old giant cave used by Knights Templar found behind a rabbit hole in the British countryside https://www.mirror.co.uk/news/uk-news/gallery/stunning-700-year-old-giant-9981913 People, Built 700 years ago, such a mammoth construction project, and there is no hiistory of it. Not hyde nor hair was ever spoken about it. No one noticed. Yeah, right! Sombody's brain is 700 years old! : ^ ( It looks as if it was built for giants. Once the kali Yuga began 5,000 years ago, the size…