Unmerciful Diets of Ancient Sea Monsters Of The Northern Abyss !! 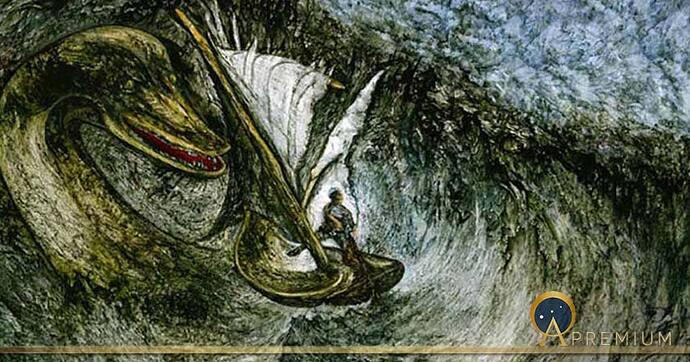 Unmerciful Diets of Ancient Sea Monsters Of The Northern Abyss

Unless having been to sea, far enough out to lose sight of land on an open wooden craft, no-one would quite understand the terror endured by ancient seafarers braving the unknown oceans.

Unmerciful Diets of Ancient Sea Monsters Of The Northern Abyss

Unless having been to sea, far enough out to lose sight of land on an open wooden craft, no-one would quite understand the terror endured by ancient seafarers braving the unknown oceans. Mariners skiffing over the surface of a storm-torn ocean at night, many miles from shore with nothing but water in all directions, would be in a constant state of anguish and trepidation at what might be lurking in the watery depths, ready to devour them. These ship-born fears would over time birth a whole range of fabulous imaginary monsters and sea creatures. In history, much like today, what the eye cannot see, the mind accounts for and so the solitary Narwhal's horn discovered on a beach became the unicorn, and the isolated tentacle floating at sea could only have come from an enormous kraken.

Kratos: The ‘Cruel’ Greek God of Strength and Power Who Served Zeus 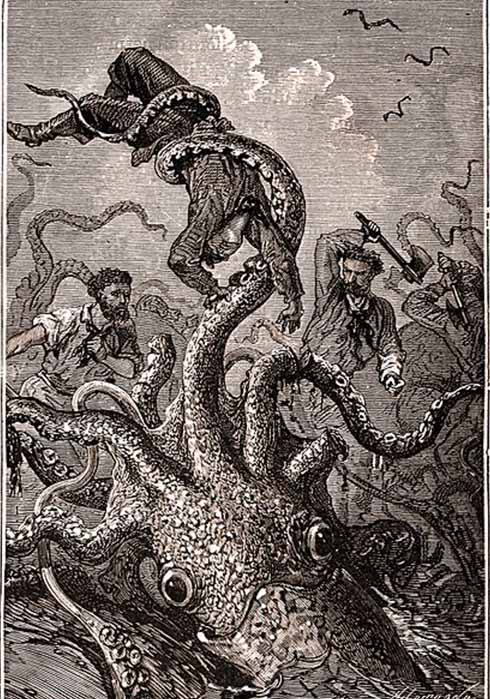 Many of history's sea monsters were in fact washed up, half decaying, misinterpreted parts from unknown sea creatures like sea lions and whales, but many more crawled from the caverns of the human creative imagination. These specific creatures, many of which thrive today in pop-culture, do not so much offer insights about the natural world, as much as they shine light on just how dark the human mind can get, especially when it is all alone at sea, at the mercy of monsters.

When European explorers first embarked on voyages of discovery in the 15th and 16th centuries, the so-called ‘Age of Exploration’, sea monsters were believed to be very real and they were detailed in early European natural history books, on maps and sea charts. In 2018 David Fernandez the curator of the Thomas Fisher Rare Book Library in Toronto, launched De Monstris , a stirring exhibition exploring a bizarre set of medieval monsters. Fernandez relates that monsters have “ stoked fears and tickled imaginations throughout history ,” and that “ monsters are an integral part of our shared cultural heritage .” Fernandez’ collection of monsters includes a 15th-century edition of History of Animals written by Aristotle, the Greek philosopher and polymath, which suggested if a pregnant woman even looked at an image of a monster its grotesque features would be engraved on the child’s face.

Modern commentators try to explain away the fact that Christopher Colombus sighted mermaids by saying that they were probably manatees. Well, it is quoted from his ship's log that they rose high out of the water, and Colombus wasn't an idiot.

Christopher Columbus encountered three mermaids in the Caribbean Sea in 1493