They are not from the surface of the Earth, and they didn't just run over from Zeti Reticuli Star System.

They are from underground, but wherefrom exactly? 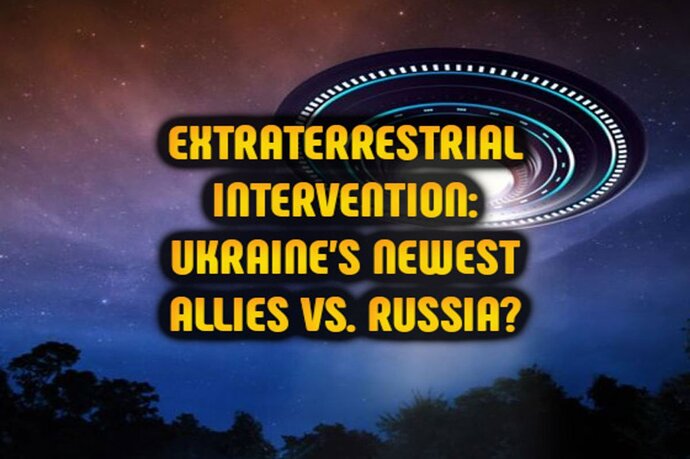 Ukraine’s airspace has been busy this year—that’s the nature of war. But scientists in the country are looking to the skies and seeing something they didn’t expect: An inordinate number of UFOs, according to a new preprint paper published by Kyiv’s...

The following, when coupled with all of our previous considerations and observations, really makes you seriously think - and perhaps it whacks it a bit too hard on the nose: 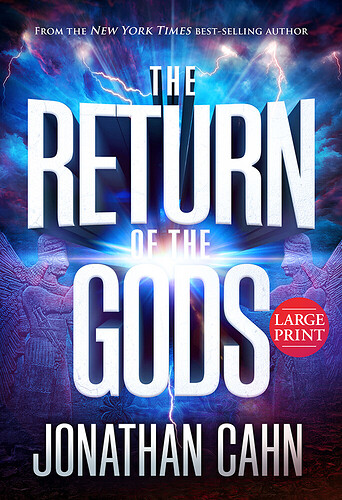 The Return of the Gods: Large Print

Jonathan Cahn is a Messianic Jewish Rabbi and pastor best known for his best selling novel The Harbinger, in which he compares the United States and the September 11 attacks to ancient Israel and the destruction of the Kingdom of Israel. In particular, he sees Isaiah 9:10 as a prophetic warning to the United States. The Harbinger was followed with The Harbinger Companion: With Study Guide.

...
The Return of the Gods, Cahn takes the reader on a journey from an ancient parable, the ancient inscriptions in Sumer, Assyria, and Babylonia that become the puzzle pieces behind what is taking place in our world to this day, specifically in America.

The mystery involves the gods. Who are they? What are they? And is it possible that these beings, whose origins are from ancient times, are the unseen catalysts of modern culture?

Is it possible that these gods lie behind the most pivotal events, forces, and movements taking place in our nation and around the world at this very moment? Are the gods at this very moment transforming our culture, our children, our lives, and America itself?
...
Could the gods have returned to New York City and an ancient mythology played out on the streets in real time?

Is it possible that the gods lie behind everything from what appears on our computer monitors, our televisions and movie screens; to the lessons given in our classrooms; to the breakdown of the family; to wokism; to the occult; to our addictions; to the Supreme Court; to cancel culture; to children’s cartoons; to every force and factor that has transformed the parameters of gender; to that which appears in our stores, on our T-shirts, and on our coffee mugs—to that which is, at this very moment, transforming America and much of the world? Is it possible that behind all these things are ancient mysteries that go back to the Middle East and ancient Mesopotamia? This and so much more, most of which we can’t even reveal in this description, will be uncovered.

Is it possible that the gods are even affecting your life right now? How can you recognize it? And what can you do about it?

The Return of the Gods is not only one of the most explosive books you’ll ever read but also one of the most profound. It will reveal the most stunning secrets and truths behind what is happening before your eyes in America and the nations. You will see things, even in your world, in a whole new light. With such chapters as “The House of Spirits,” “The Avatar,” “The Masters,” “The Deep Magic,” and “The Day of the Goddess,” The Return of the Gods will take readers on a fascinating, unforgettable, and mind-blowing journey that will leave them stunned and with the ability to see the world as they never have before.

@Soretna , I think these increasing UFO sightings reflect "their" growing concern over the possibility of the Russia-Ukraine war escalating into WW III , or into a nuclear conflict...hmm !