I was watching an interesting segment of a video on famous battle commanders that goofed; the segment is on General Douglas Mac Arthur. Just read on, the link is below.

When China entered the war, apparently 200,000 Chinese were marching towards the border where Mac Arthur and the 8th Army were waiting.

43:22 minutes/seconds: "They intentionally withdrew, hiding Chinese forces in the mountainous areas". These were/are not mountains like the Rocky Mountains, they have were no sharp peaks and they are not so high. Nor are they jungle mountains, they were rather bare.

Korean historian says: "This huge army had marched forward, and prepared a trap for him ".

Let's see ... 200,000 marched forward, then retreated in a feint maneuver, and left some soldiers hidden in the bare, rather flat, roundish mountains; exposed due to a lack of forest cover. But 400,000 "suddenly poured out of the mountains"? And they had been hidden? Even my dog Spot knows that Mac Arthur had aereal reconnaissance at his disposal. None of this makes too much sense.

I am thinking that the Chinese Army had advanced soldiers through tunnels up to an area along the mountains, and they hid and waited underground. You don't just don't "hide" 400,000 soldiers in a bare area like that. 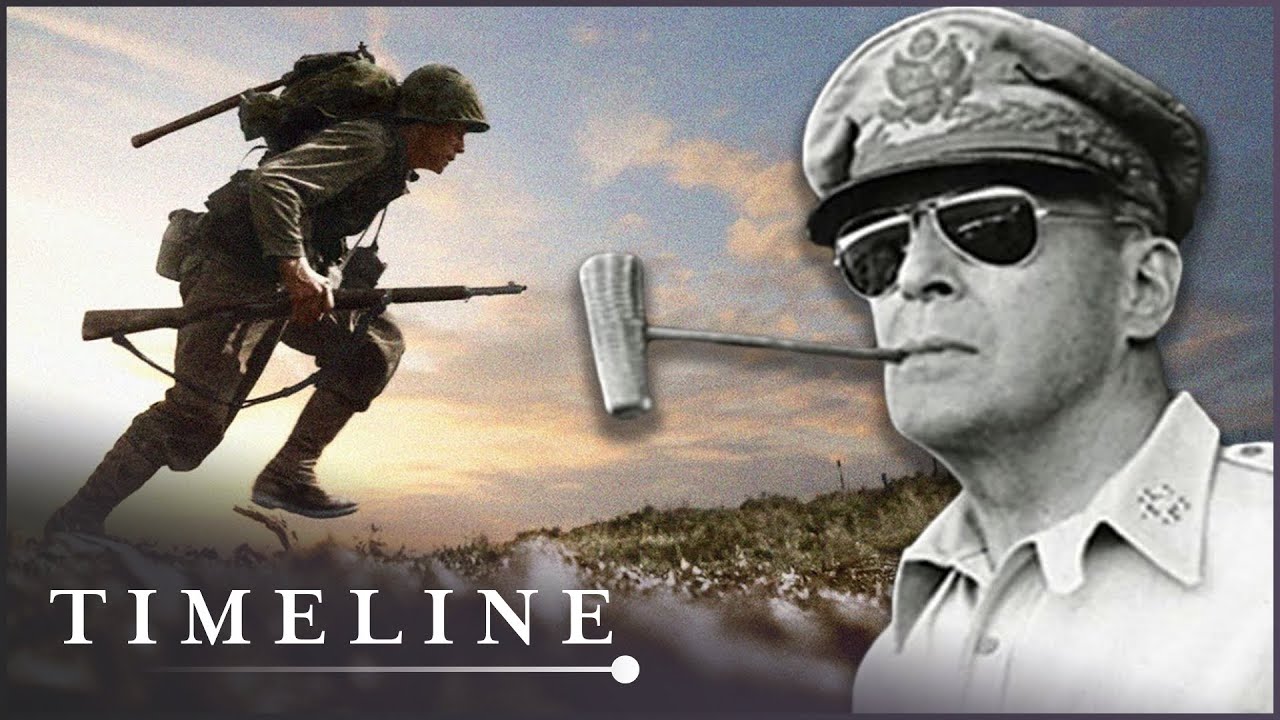 I mentioned about a year ago that the indian warriors that ran out of the teepees at the Little Big Horn and attacked Custer were vastly more numerous than the total amount of indians that were known to be in the area, and the idea that they had come from the reservation is not sensible.

And there was a kind of indian that was bigger than the others, stronger and taller, armed only with Caveman-type mallets having a stone head. And they had no horses. Their kind was extremely numerous in the battle; the total estimates of the number of indians ranged as high as 8,000. We know that people who live underground grow to be very tall, and that they have extended life spans.

I mentioned about a year ago that there was a canyon about five miles to the North of the battle site, and that, after the main body of the Army caught up and subdued the indians, the army went into the canyon where there was a cave, filled it with barrels of gunpowder, blew it up and collapsed it.

Guess where those unusual indians came from.

The Chinese are currently talking about genetically manipulation such that they will produce a super soldier. Are they going to bring up soldiers from cavern worlds below?

The Tinetan Lama told Roerich that tunnels connect Tibet with North America, and that the Mongols that were fleeing Genghis Kahn were transported to North America through them. (You can find it in The Hollow Earth by Raymond Bernard) There were 20,000 of them, and there folklore histories of such a band that rampaged as far down as New Mexico. The Apache nation speaks Tartar Chinese which, in spite of the name, is a Mongolian dialect.

The Asians on the surface in China don't look so much like the Sioux indians, but keep in mind that the Aryan invasion didn't just go to Europe and Central Asia/India; we can assume that they went into China. Caucasian mummies 8 feet tall have been found in the mountains of western China, buried in caves, that have red hair. I think that the Chinese are a mixed race. The Sioux have been left alone, they might be an original example of that race.

Anyway, it has come to my attention that the Chinese are intent on a one-world government with China as its base. They seem to be headed towards the military part. What if they just pop up? They are way ahead of the West as far as space-based weapons and hypersonic missiles are concerned. What if they hit first and then just pop up among us with huge armies of "super soldiers"?

After Genghis Kahn the Chinese took over Mongolia with just infiltration and intermarriage; no battles. It is the preferred way of their culture, they are very patient.

I wonder if those tunnels could be located then explored? It could be illuminating.

Yes, it could be illuminating. General Custer made his last stand thanks to humungous Asians that poured out of a tunnel in a canyon about five miles from the Little Big Horn, and then hid in the teepees.

And the North Vietnamese popped up in various places via tunnel systems.

There are tunnels everywhere, but don't expect them to be empty; nor friendly.