The Antarctic Opening Exists Within an Inland Sea

You may not have caught onto this in your reading, but what Olaf Jansen narrates in The Smokey God is that he and his father passed out of the hollow earth in a sailbot, they sailed out. They did not walk out over land. After sailing across Antarctica, they then sailed out into the open ocean.

Read on, in order to confirm Olaf's version. Remember that they began their journey in 1811 and that, back then, nobody had an inkling that there was a thoroughfare through the Antarctic continent, what to speak of it encompassing the orifice to a hollow world.

And then, look at the map below. These old maps - such as the Piris Rei map - are based on even more ancient maps. They not only gave the contours of Antarctica below the ice, but the one presented gives the contour of the thoroughfare channel that cuts Antarctica in two.

The fact that these maps give the contours of Antarctica below the ice means that they are based on maps from before the cloud mantle fell, and from before the time when the kali yuga began 5,000 years ago. Or from just after, but before the ice began to accumulate. Mind boggling!

"On our outward trip we came through a narrow channel which appeared to be a separating body of water between two considerable bodies of land. There was a beautiful beach to our right, and we decided to reconnoiter. Casting anchor, we waded ashore to rest up for a day before continuing the outward hazardous undertaking. We built a fire and threw on some sticks of dry driftwood. While my father was walking along the shore, I prepared a tempting repast from supplies we had provided. There was a mild, luminous light which my father said resulted from the sun shining in from the south aperture of the earth. That night we slept soundly, and awakened the next morning as refreshed as if we had been in our own beds at Stockholm. After breakfast we started out on an inland tour of discovery, but had not gone far when we sighted some birds which we recognized at once as belonging to the penguin family. They are flightless birds, but excellent swimmers and tremendous in size, with white breast, short wings, black head, and long peaked bills. They stand fully nine feet high. They looked at us with little surprise, and presently waddled, rather than walked, toward the water, and swam away in a northerly direction[Footnote]. [Footnote begin, Italic] "The nights are never so dark at the Poles as in other regions, for the moon and stars seem to possess twice as much light and effulgence. In addition, there is a continous light, the varied shades and play of which are amongst the strangest phenomena of nature." - Rambrosson's Astronomy. [Footnote end, No Italic] The events that occured during the following hundred or more days beggar description. We were on an open and iceless sea. The month we reckoned to be November or December, and we knew the so-called South Pole was turned toward the sun. Therefore, when passing out and away from the internal electrical light of "The Smoky God" and its genial warmth, we would be met by the light and warmth of the sun, shining in through the south opening of the earth. We were not mistaken[Footnote]. [Footnote begin, Italic] "The fact that gives the phenomenon of the polar aurora its greatest importance is that the earth becomes self-luminous; that, besides the light which as a planet is received from the central body, it shows a capability of sustaining a luminous process proper to itself." - Humboldt. [Footnote end, No Italic] There were times when our little craft, driven by wind that was continous and persistent, shot through the waters like an arrow. Indeed, had we encountered a hidden rock or obstacle, our little vessel would gave been crushed into lindling-wood. At last we were conscious that the atmosphere was growing decidedly colder, and, a few days later, icebergs were sighted far to the left. My father argued, and correctly, that the winds which filled our sails came from the warm climate "within." The time of the year was certainly most auspicious for us to make our dash for the "outside" world and attempt to scud our fishing sloop through open channels of the frozen zone which surrounds the polar regions. We were soon amid the ice-packs, and now our little craft got through the narrow channels and escaped being crushed I know not. The compass behaved in the same drunken and unreliable fashion in passing over the southern curve or edge of the earth's shell as it had done on our inbound trip at the northern entrance. It gyrated, dipped and seemed like a thing possessed". 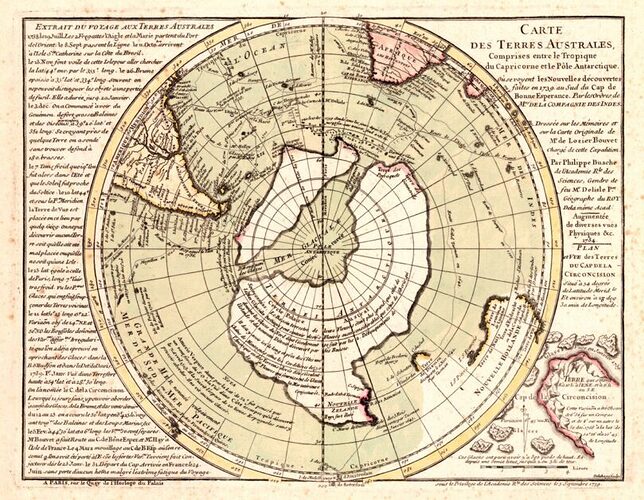 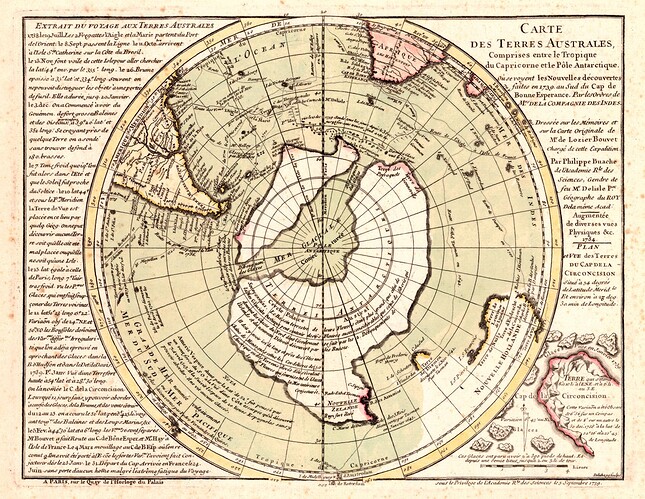 I'm not entirely sure what to think or make of the observations in this critical article: 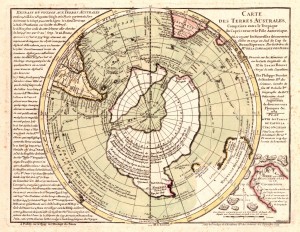 The eighteenth century Philippe Buache’s map (supposedly of 1739, although, as we shall see, there are complications with the date) has suffered the same fate as Piri’s and Orontius Finaeus’s maps, to be used as evidence for an ancient civilisation...

Regardless of the remarks of this critic, I still have to say that your observations and remarks about the Jansen's are spot on and there's more going on here than even the critics want to admit or consider.

I will also say that Olaf Jansen was a very honest man and truly blessed as well , to have seen such extraordinary sights with his own eyes and also surviving to tell the story...!

To go to the holow earth would be like going back to the Dvarpara Yuga.

Yes @deandddd , it would likely appear to be like that - certainly not like the Kalyug that we on the outer surface of Earth are currently experiencing !

Yes, Jansen's version that he and his father sailed out of the inner earth and over the the southern seas stands, so to speak. Truely, I think that this "Bad Archaeology" writer just has his diapers tied in a knot. The fact that Antarctica is covered with ice, and was during the times of Phillipe Buache is nothing that even Buache didn't consider; he mentiones on the map that there was "conjecture" involved. By the same token, incongruent comparisons with the Piris Reis can be chalked up to a certain amount of conjecture because the cartographer and his sources didn't know the exact outlines of the inland, waterway thoroughfare (I think we can forgive them ffor that). Changing sea levels will also change coastlines ...

At this point, I think that we can dismiss "Bad Archaeology" as bad commentary.

But there is more. There were sources and expeditions during the age of discovery and exploration, the 1500s, that we haven't known about. Just to give one idea about how divergent are our ideas of reality as compared with the truth, there was a Portuguese colony established in Puerto Rico where the city of Ponce now stands, which was established in 1432. Half of the last names of that city are of Portuguese origin, although this is not the case in the rest of the island, nor is this phenomenon typical in the rest of the Caribbean. Without going into motives and details, it was abandoned a few years later although the colonists were never rescued!

More to the point; there is a map that Harry Hubbard presents in the video of the Lazarian Collection of Antarctica which has the words "Portuguese" and a date from the 1500s, right in the middle of Antarctica next to the South Pole. Believe it or not! Supposedly, Antarctica wasn't discovered until 1820.

The Portuguese couldn't have trekked there over the ice because such a journey wasn't possible in those days. But such a journey by inland waterway would have been possible; not easy, but possible. such sources, when put together with previous maps from even Greek times, could have given birth to the Philppe Buache map.

Any lack of absolute accuracy doesn't take away from the fact that Antarctica has a watery thoroughway and that, given the inward curvature close to the opening, the Portuguese felt that they had arived at the South Pole.

Wow, what's the timestamp of the Lazeria Maps video wherein you noticed this @deandddd?

I was recalling from memory from over a year ago about the Portuguese at the South Pole. I looked again, but I haven't found it yet. I will because I know it is there.

From 45:30 - 48:30, though, you can see a map of the initial part of four continents beginning just inside of the inner world.

In a map from 1569, there was a written comment about the Portuguese finding Penguins, so there was a lot of exploration going on back then, and they knew about Antarctica.

I finally asked Harry about the Portuguese comment on one of those maps. He wrote that I should use "the table of contents: 1600 terra australis quadus".

Videos don't have a table of contents.

What do you think?

He would be referring to this timestamp: 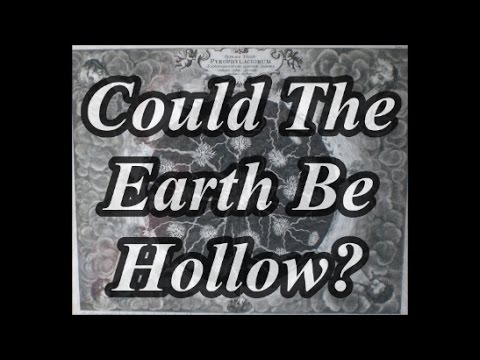 Note the other private message I sent you as well regarding this yesterday.

Here are somewhat large versions of his that map of the 1600 Terra Australis Quadus map: 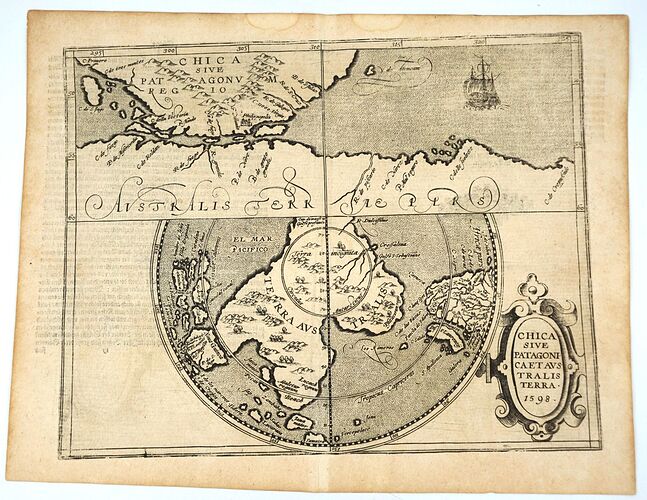 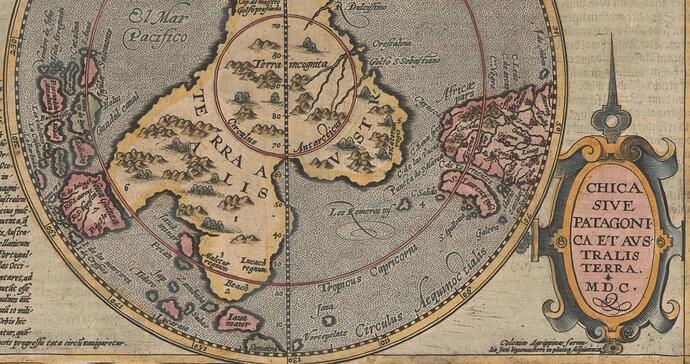