About Polar dominance ... Remembering that the orifice to the hollow earth is above the New Siberian Islands, note in the following video that the Russians have the icebreakers and dictate the routes that ships must follow. Certainly, these routes must be away from the orifice.

And they have enough military resources to back up their dictates.

Many nations are anxious to get into the Arctic. The CHinese call themselves a "Near-Arctic Nation". Talk about double speak!

This Gravitas video has it all! 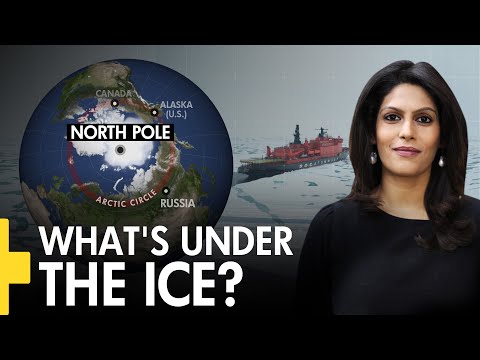 And the fact that the Russians shepherd ships away from the orifice and keep a watchful eye confirms suspicions that the Russians have relations with the hollow earthers, and that they receive orientation from them. Notice that Russian society is more traditionally moral and religious than western society. Where they are not so it is because of influence from the West.

Juxtapose this situation with the fact that western leaders worship Baphomet and his crew of underground creatures and demons. They do this on Caribbean Islands and in Switzerland, apparently. Such underground denizens also came to be worshipped in Egypt and Sumeria, and we recently saw the tunnel network from Odessa, Ukraine, which is supposed to stretch underneath Turkey and to Sumeria.

So our own western world is under the influence of demons such as Baphomet, but we in the West believe that we are the good guys. And the Russians follow traditional religion, but they are suppposed to be bad guys.

I think it's a bit late for us to come to our senses, though.

Nice video @deandddd , it smartly collates and correlates all the elements and characters of the new "Power Play" going on in the Arctic - far away from the public eye !