Folks , as if the Nazca lines in Peru and the underground sites in the region weren't mysterious enough , sample this GIGANTIC Sand dune (the world's tallest) in the same area . I have not seen ANY sand dune of such proportions - even higher than the surrounding hills ?!

**This makes me wonder , what geological event/forces could have created this MASSIVE sand dune (right next to a mountain range) in the first place ? Also , what enigmatic secrets of the ancient Nazca civilisation might lie buried beneath this bizarre sand dune ? 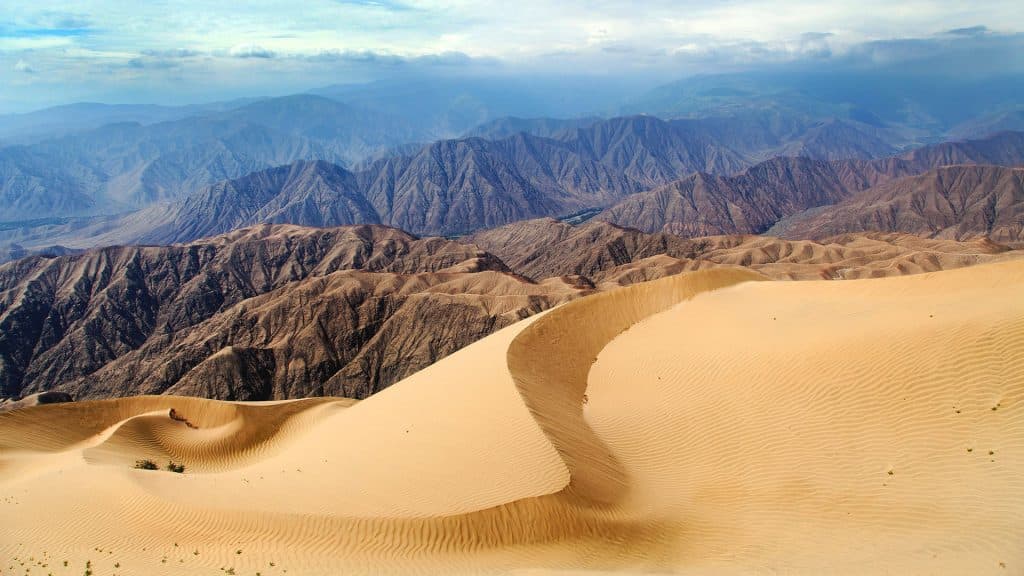 The city of Nazca attracts tourists from all over the world hoping to overfly the ancient geoglyphs known as the Nazca Lines. These lines were drawn on the desert floor by pre-Columbian cultures. Founded in the late 16th century, the city of Nazca was recently reconstructed after being completely destroyed in 1996 by a violent earthquake. In the background of the above picture, taken at sunset from Nazca’s Main Square garden, we see the summit of Cerro Blanco, still gleaming in reddish hues from lingering rays of sunlight (alpenglow). Considered as one of the tallest sand dunes in the world, it rises 3,860 ft (1,176 m) from its base. Asymmetry of dune slopes indicates that the prevailing wind direction here is from the southwest – Pacific Ocean. Even though Nazca isn’t far from the Pacific, the climate of this region is exceptionally arid and largely controlled by the cold Humboldt Current, which limits moisture availability. In fact, annual precipitation rarely exceeds 1 in (25 mm). Photo taken on July 24, 2013.