List members , Norse mythology has some of the most intricate stories about beings that inhabit both the Hollow Earth and also cross over to the outer surface - a fascinating article that once again proves the universality of dragon mythology (it is NOT exclusively a Chinese legend) :- 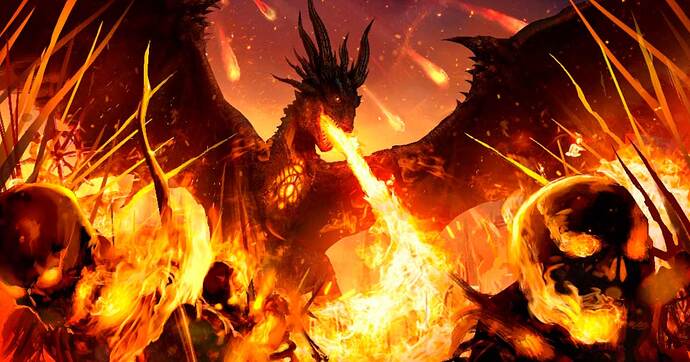 A dark dragon, feathered, with corpses strewn about its body. An ancient evil that nibbles away at the structure of the universe itself. 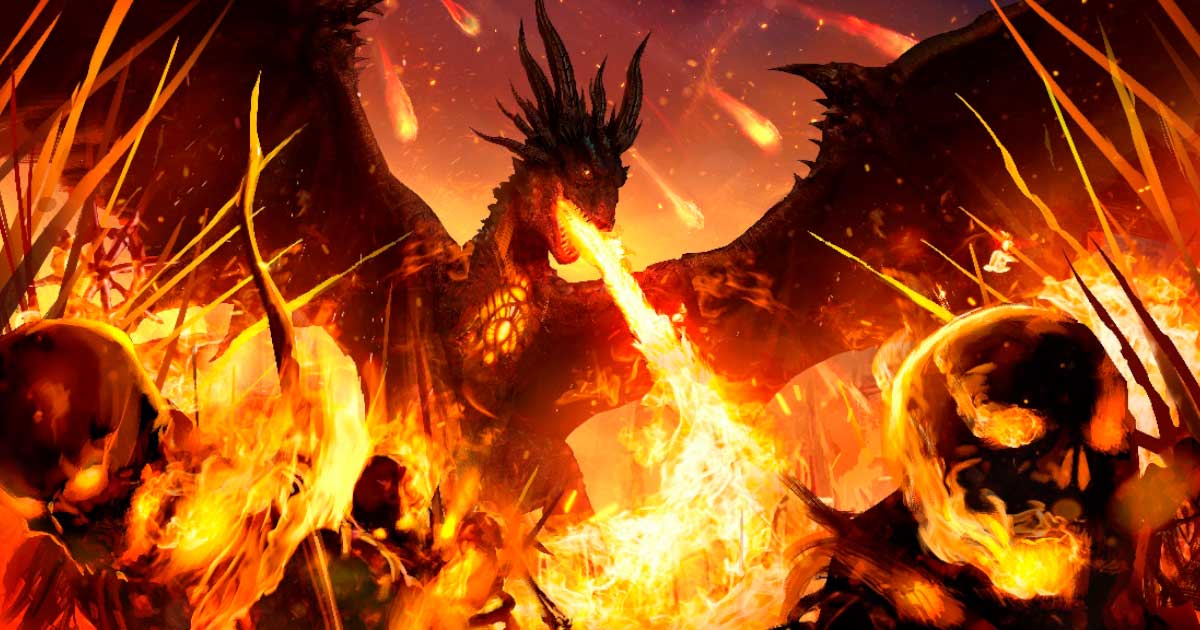 A dark dragon, feathered, with corpses strewn about its body. An ancient evil that nibbles away at the structure of the universe itself. The “curse-striker.” A beast constantly engaged in a battle of wits with eagles, communicating with them by… a squirrel? All this and more is part of the mythology of Nidhogg in Norse legend.

Tourism Through the Ages: The Human Desire to Explore

Nidhogg and Yggdrasil, the Tree of Life

Yggdrasil, the World Tree, is a towering tree containing the nine realms of Norse mythology. Nidhogg dwelled in Hvergelmir, one of three wells among the roots of the tree. From here, he devoured the roots, hoping to destroy the tree and tip the cosmos into chaos. Other sources claimed Nidhogg lived close to the realm of Niflheim, the frozen wasteland home of Hel and her army of the dead.

Hel’s realm was one of several possible destinations for humans after death. If one had not died honorably in battle, they might find themselves in Helheim. Deeper still was a place known as Nastrond, where the souls of the wicked – murderers and oath-breakers – would be sent after death. There, Nidhogg would feast upon their soul until the coming of Ragnarök, when the dragon would be freed from his imprisoning roots.

Nastrond is, however, a debated component of Norse mythology. This is because many who study Norse mythology do not believe that this deeper portion of Helheim is of Norse origin! They argue that the ideals behind such a realm are not represented in other aspects of their mythology and posit that Nastrond may have been added later by Christian scholars. 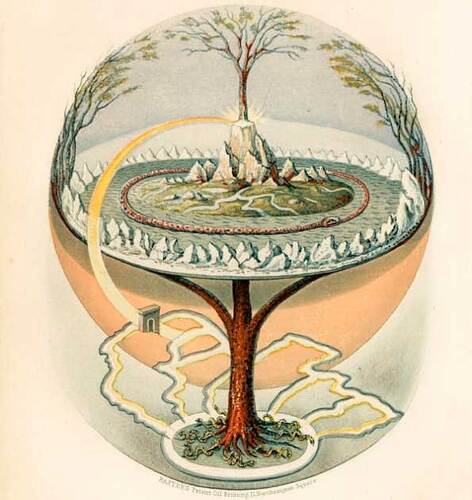 Nidhogg versus the Eagle: A Feud Aided by a Squirrel

At the top of the tree of life was an eagle who went unnamed throughout Norse mythology. Nidhogg and the eagle despised each other, yet never left their respective perches to challenge one another directly. Instead, they relied on a squirrel named Ratatoskr to convey messages of malice and insult between them.

At face value, this part of Nidhogg’s story in Norse mythology seems rather benign and even a little odd. It was anything but. Mythologies are often representative of cultural ideals. Thus, Ratatoskr being a squirrel was likely due to his role in the mythology; those who conveyed hateful messages between feuding parties were thought to be dishonorable; hence the choice of an insignificant creature. The wrathful nature of the words also contributed to the poisoning of Yggdrasil. 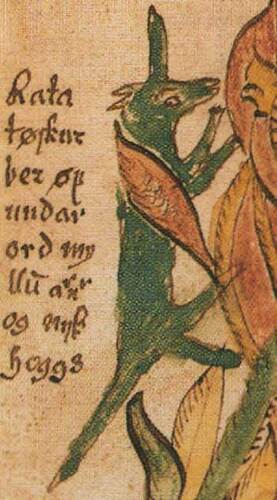 The Curse-striker and Ragnarök, a Limited Role?

Surprisingly, Nidhogg is not referenced as playing any major role in the world-ending events of Ragnarök. There is a passage in one of the poems of the Poetic Edda (an ancient collection of Norse narrative poetry) that mentions Nidhogg breaking free from the roots of Yggdrasil, soaring through the air with corpses tangled in his feathers, but this seems to be the only source that did.

There are modern scholars who believe that Nidhogg was never intended to be a dramatic, destructive force to be feared. Rather, they see the name as descriptive of his mythological purpose. The first portion of the name, níð, was an ancient Norse reference to the loss of one’s honor. Anyone labeled dishonored was considered an outcast. Nidhogg, then, can be thought of as the embodiment of dishonor and villainy, and his destruction of the World Tree was a metaphor for the decay of Norse society.

Nidhogg in Norse mythology is representative of what makes the study of myths so interesting. Though he was a relatively small character, rarely appearing in script or image, there is a wealth of interesting interpretations and debates that rise from his story. Was he an ancient parable, warning people to honor their laws and culture? Was he a demon of the Norse world, punishing those cursed to the lowest depths of Helheim? A harbinger of doom? Or was he just a snake trapped in a tree who whispered insults to an eagle through their mutual companion, a talking squirrel