My trip to Ladakh , adjacent to Tibet...

List members , I finally ticked one of the most important items off my own bucket list - spent a week with family in Ladakh...all I can say is , that place is more mesmerising than all accounts , more mysterious than ever described and the views are breathtaking (literally , because of the high altitude and low oxygen levels !) , any direction you look in .

Ladakh is part of the erstwhile state of Jammu & Kashmir in India , recently made a Union Territory of India , in it's own right . It is as scarcely populated as Tibet and the Indian army is present in full force throughout this forbidding landscape - to counter the Chinese forces on the other side of the border...

The Ladakh region matches the elevation of the Tibetan plateau , even exceeding it in some places such as the formidable Siachen Glacier and the frigid Karakoram Pass .

You get to see the same stuff you see in Tibet - jagged snow peaks all around , enormously high mountain passes , remote mountain palaces and Buddhist monasteries , like the Potala Palace of Lhasa in Tibet (with sealed tunnels and chambers underground) , you see pristine lakes , you also see strange caves sitting on a mountain wall hundreds of feet from the ground (locals claim there are ancient sages/monks still meditating inside them) , or from the surface of a mountainous river , you see Yaks grazing on steep slopes...and so much more .

**As an Indian , I would never get permission to visit Tibet , but visiting Ladakh area of India (sandwiched between Pakistan and China) is the next best thing :))

***The icing on the cake came when the Dalai Lama himself visited Leh , the capital of Ladakh , on 23rd of July...interestingly , besides visting Buddhist Monasteries there , he also visited the Moravian Church in Leh and that is where I caught a glimpse of that great man as he was leaving safely in his car , accompanied by security forces...

Ladakh is a very enigmatic place , the domain of the mighty Indus river whose waters are sourced from China , India , Pakistan and Afghanistan - it forms the dividing line between the Indian subcontinent and the Eurasian continent...the extremely rare snow leopard also lives there .

Over a period of 8 days , I tried to absorb as much as I could about the place , accumulating memories that will last a lifetime , but it still seems small compared to the vastness of that surreal , Martian looking terrain !

Thanks for sharing your feelings from this experience! If you have any photos you would feel comfortable sharing, that would be amazing. It would be nice to see untouched images that might reveal some of your experience from your perspective.

@Soretna , good to know your thoughts....while most of the photos and videos are of family , let me sift through them and pull out those that are just of the scenery .

I would also be interested in seeing some photos of the scenery.

Thanks @SilverMoon , so while I sort through the images , here is a photo of the Dalai Lama in his vehicle , just when he was leaving from the Moravian Church in Leh , Ladakh (on 23rd July) :- 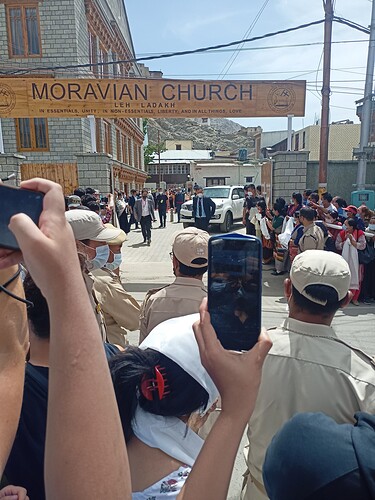 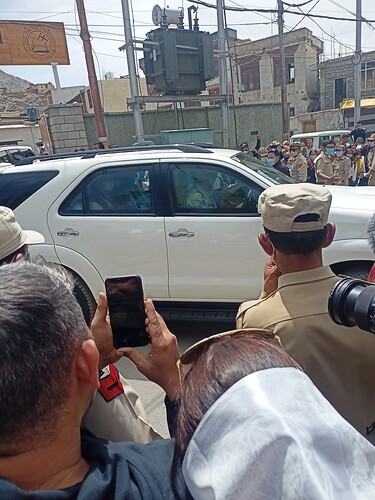 **Here is how it was reported in the media :- 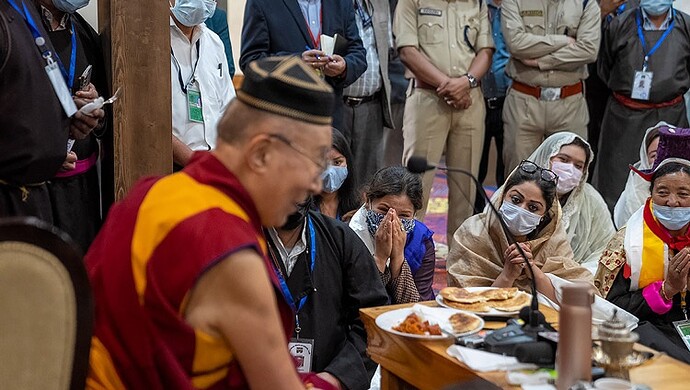 Folks , one of the major tributaries of the Indus River , called "Shyok" river locally , is a river with quite a personality...it has aptly been called the "river of death" in the Yarkandi language !

Since I did not have a DSLR camera , I could not do proper justice to the imagery of this river...instead I selected one of the better videos of it , that I could find on the net :- 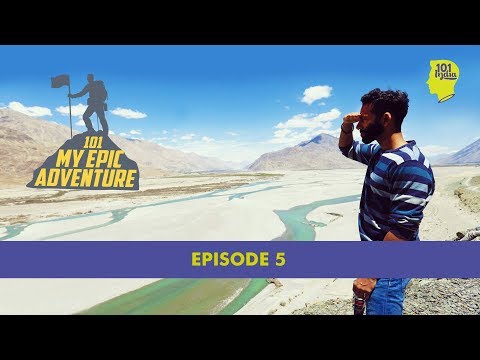 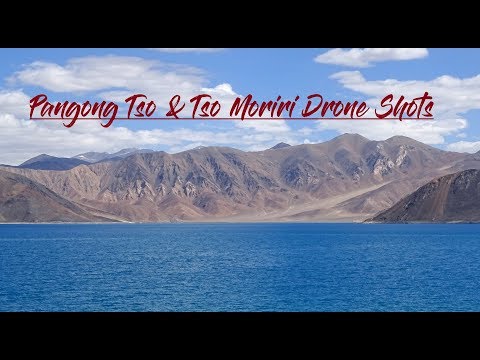 P.S. As a personal anecdote , I must add that while in Ladakh , don't miss an opportunity to take a ride on the double humped Bactrian camel , from Central Asia...doing so will give you a feel of the ancient Caravans along the legendary Silk Route . One notable point about Yaks - Yak butter tastes divine...no other butter in the world has a taste or texture like that of Yak butter :)) The Muslim culture , cuisine and dry fruits of the Baltistan region on the border with Pakistan , were also quite a revelation ! The oil and juice of the seabuckthorn plant (the famous Leh berry) is a miracle cure for many ailments (especially skin related)...try it if you ever visit Ladakh . In case you have interest in crystals and precious/semi precious stones , you will find a LOT in Ladakh - from Jade to Lapis Lazuli and many more exotic ones...

Then the amazing Buddhist monasteries of Ladakh , with their dragon symbolism , look so similar to the ones in Tibet - like those in Lhasa :- 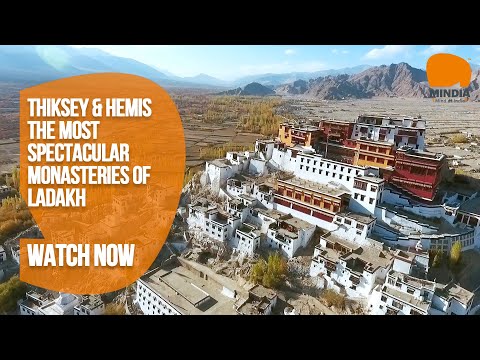 **Mysterious sightings of the mythical Yeti and even UFOs are par for the course in Ladakh , like they are in Tibet...here are some very credible accounts from a trusted source - no less than the India Army itself , these incidents took place few years ago... 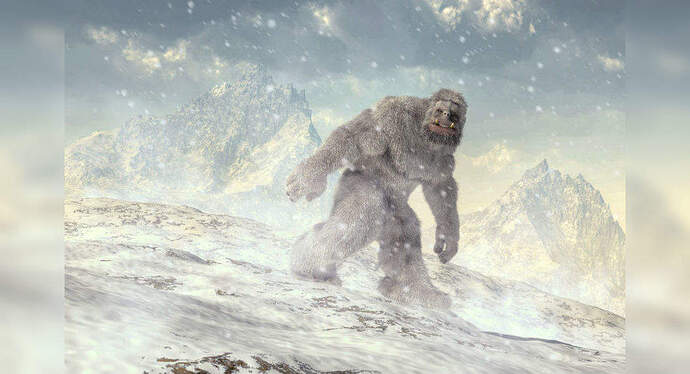 Yesterday, as the Indian Army posted photos of what it believes to be Yeti footprints, the internet broke for all good reason. One of the most popular and mystifying lores of the world, the search for Yeti or the Abominable Snowman has been a fantasy...

***The above sighting of a Yeti took place around the formidable Siachen glacier , also called the "highest battlefield on Earth" ! 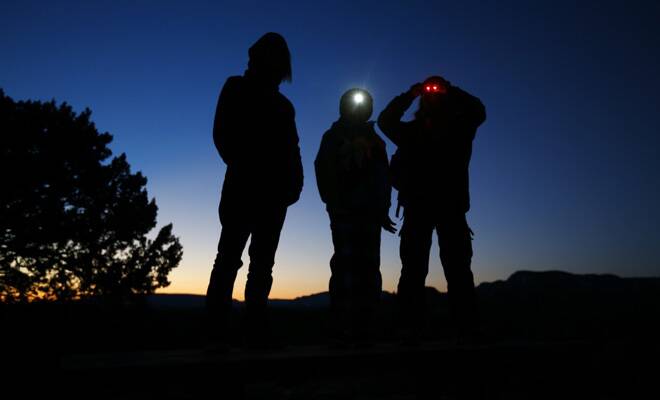 The officials have confirmed that these UFOs were not Chinese drones or satellites. 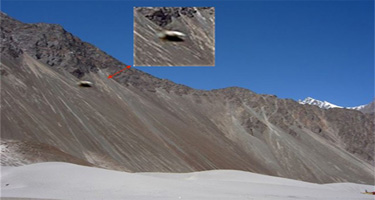 BANGALORE, INDIA - Indian and Chinese authorities have confirmed the existence of an underground UFO base in the Himalayas.

True @deandddd , this whole region from Tibet to Afghanistan is riddled with mysteries . Sample this one - found along the Karakoram highway in Pakistan , adjoining the Ladakh area of India :-

***High in the Indus Valley of Pakistan are some of THE most intricate & diverse petroglyphs on Earth ! 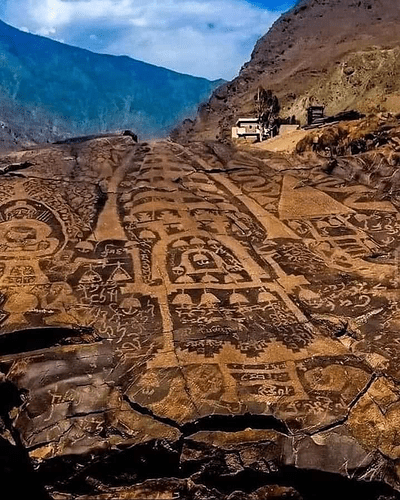 High in the Indus Valley of Pakistan are some of the most intricate and...

These are the ancient Shatial glyphs on the Karakoram Highway in the Giligit-Baltistan region. Dating from the Stone Age to the birth of Islam, the glyphs cover rocks and boulders stretching for over 100 kilometers. The writings and designs cover... 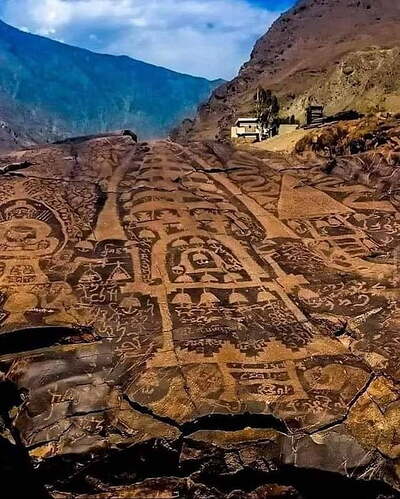 Glyphs over 10,000 years old? That means that they are from the previous yuga.

Yes @deandddd , these petroglyphs just prove the extreme antiquity of that region's culture .

But you know, if the glyphs go back to the Dvarpara Yuga, then that culture existed in a warm climate, even at those altitudes.

I wonder what life was like for them at that time?

@deandddd , there are several images of giants amongst these petroglyphs and that could be one possible clue...!