Lunar Images, Doctored by Chinese, too ...

Below is the url to a video from the Chinese Chang'e Rover on The Moon. 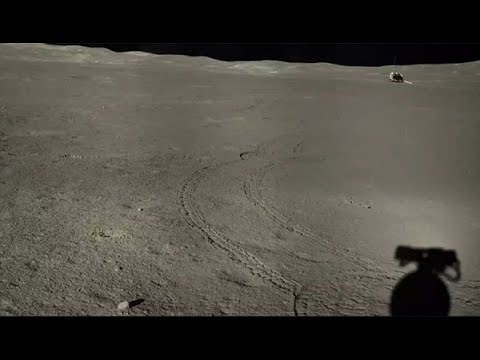 One thing that is interesting is how he reveals all the masking and doctoring.

Another thing is simply what he uncovers on the face of the long stretch of hills in the distance. He didn't interpret it as I do, but I think that what we are seeing is a sheer, flat vertical surface showing balconies - so to speak - doors, windows and openings.

The large, dark spot is certainly not a lander. I think it is an opening for large, aereal vehicles to fly through.

And if you look at the shadow of the rover and that of the rock, which appear constantly throughout, the angles are definitely different.

What a number of structures, one after another, all through the video. 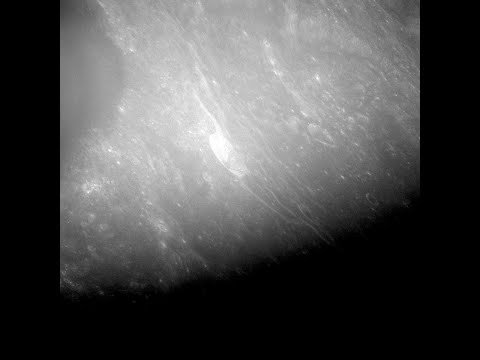 Here is Chris again narrating and revealing the lunar secrets of an Apollo 16 mission.

Towards the very end he wraps it up by stating that all of what we are seeing is a junkyard of the remanents of explosions and crashes, the leftovers of an interplanetary war. He points out that the same scenarios are there on Mars.

The Bhagavad Gita War has been wiped from our memories in The West, but India conserves its memory. Most Hindus know it as a war that enveloped the entire planet, but it went beyond our planet.

And the underworld demons have been doing cultural mop-up ever since. For example, the Greek culture had much in common with Hindu culture and histories. The stories about Herkcules and Dionysis have accurate counterparts in India. Krishan was known as Hari-cul-ish, Herkcules; and his brother Balaram was known as Bal in the Middle East and Greece.

But nobody in those places knew where these folklore stories came from, they didn't know about any commonality until they marched to India and ran into it.

So the remanents of this great war invoving the solar system are still there on The Moon and Mars, strewn about, but we have no concept of commonality.

And the fact that we have forgotten our origins makes the work of the underworld creatures so much easier.

I'll write something very interesting about commonality in a bit, maybe even later on today.

And also about the underground connection with the demons who have undermined our previous cultural understandings.

In the Bhagavat Purana, mention is made about human and even celestial human existence on other planets. There is even one comment about their visit to the Earth.

The Bhagavat Purana paints a different description of the planet. In the ninth canto, 18th chapter, a narration describes the activities of Devayani, the daughter of Shukra- the predominating regent of the planet Venus.

There, a palace garden is described full of lotuses, and trees of flowers and fruits, inhabited by sweetly singing birds and bumble bees. It is described that lotus-eyed girls took a walk along the bank of a reservoir. At one point in the narration, Shukra-Acharya, Devayani’s father, made a comment about grains in the field. According to this description, Venus seems to harbor life as on Earth.

In fact, according to the Puranic descriptions, there is life and activity on all the planets. For example, in the Bhagavat Purana, Canto 4, Chapter 20, Text 35 - 36, a reference is made to the way in which Maharaj Prithu, a king of the Earth, paid his respects to visitors from various celestial planets, and then a reference is made to the inhabitants of the earthly planets.

Now first of all, the reader will note that the text refers to earthly planets, in the plural. In the Vedic literature, one term used to refer to the Earth is Bhu Mandala, which means the " circle of the Sun, " which seems to refer to the planets along the plane of the solar system, as pointed out by Dr. Richard L. Thompson in his book “Mysteries of the Sacred Universe.” This is why the plural is used, the planets in the solar system are somehow grouped together in this sense because they are all on the same orbital plane. It is interesting, though, that we don’t apparently see inhabitants on any of the other planets in the solar system.

In fact, the Apollo astronauts have supposedly gone to the Moon and found no life there. Through their telescopes and space probes, astronomers tell us that there is no life on the other planets such as Mercury, Venus and Mars, either.

A C Bhaktivedanta Swami never agreed with such conclusions. In his purport to Text 26, Chapter 18, Canto 4 of the Bhagavat Purana, Bhaktivedanta Swami states that “ According to the Vedic literature, it is not true that the Moon does not produce food or that no living entity is living there.” In the purport to Canto 4, Chapter 22, Text 54, Bhaktivedanta Swami writes: “ The Vedic literature, however, repeatedly informs us that the Moon is full of highly elevated inhabitants who are counted amongst the demigods. We are therefore always in doubt about what kind of moon adventure the modern scientists of this Earth have undertaken.” Also, in his purport to the above-mentioned Text 6 from Canto 4, Chapter 20, of the Bhagavat Purana. A C Bhaktivedanta Swami, Prabhupada, mentions: “ In modern scientific society the idea is very prevalent that there is no life on other planets but that only on this Earth do living entities with intelligence and scientific knowledge exist. The Vedic literatures, however, do not accept this foolish theory. ... The Vedas give information that in all planets ... there are varieties of living entities ... We have information from the Vedic literature that in each and every planet, both material and spiritual, there are living entities of varied intelligence.”