Folks , this is a stunning new find using LIDAR technology . Like many other ancient Mayan sites , this too would have underground tunnels , that could now be explored :- 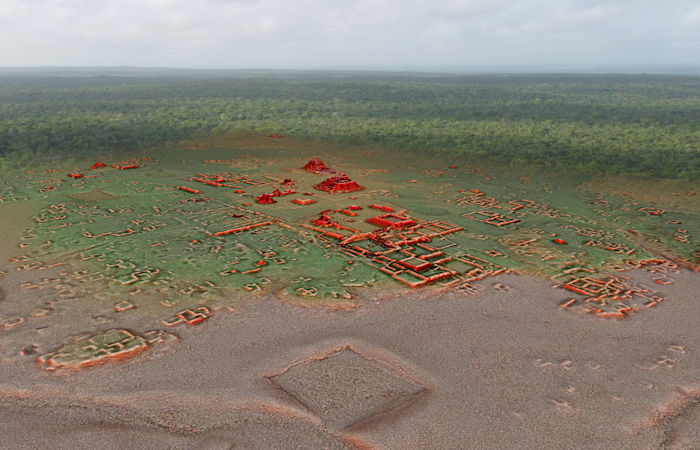 The use of LIDAR,  (light detection and ranging) has helped to uncover more secrets of Calakmul, an enormous ancient Maya city. As a result, researchers can now better understand the density and landscape modifications of Mexico's ancient Maya...

Jan Bartek – MessageToEagle.com – The use of LIDAR, (light detection and ranging) has helped to uncover more secrets of Calakmul, an enormous ancient Maya city. As a result, researchers can now better understand the density and landscape modifications of Mexico’s ancient Maya Calakmul settlement.

The results of the study are based on years of research conducted by scientists from the Bajo Laberinto Archaeological Project, a University of Calgary-led interinstitutional and multidisciplinary research project, in conjunction with Instituto Nacional de Antropología e Historia (INAH), Campeche.

“By using lidar imagery, we are now able to fully understand the immense size of the Calakmul urban settlement and its substantial landscape modifications, which supported an intensive agricultural system. All available land was covered with water canals, terraces, walls and dams, no doubt to provide food and water security for Calakmul residents,” says Kathryn Reese-Taylor, professor, department of Anthropology and Archaeology, UCalgary.

Located in the Calakmul bioreserve, a UNESCO Mixed World Heritage site since 2002 and 2014, the site of Calakmul was the new capital of the powerful Kanu’l (Snake) dynasty from ca. 635 to 850 CE. The Kanu’l regime dominated geopolitics of the Maya lowlands, controlling a vast network of vassal kingdoms.

Yet despite our knowledge of Calakmul’s far-reaching hegemony in the Maya region, to-date, researchers were uncertain of the extent of the urban settlement and landscape modifications in the capital city itself. This changed with the lidar survey.

Funded by a grant from the Social Sciences and Humanities Research Council of Canada to Dr. Reese-Taylor and Lic. Adriana Velazquez Morlet, director, INAH, Campeche, and with authorization from the INAH Archaeology Council and carried out by the National Center for Airborne Laser Mapping (NCALM) at the University of Houston and Aerotecnología Digital S.A. de C.V. of Pachuca, Mexico, the lidar survey covered 95 km2 and revealed the dense and complex urban sprawl that lies beneath the Calakmul forest canopy.

Although the number of people who lived at Calakmul during the height of the Snake king’s rule was not a complete surprise because of previous mapping and archaeological investigations by the Autonomous University of Campeche and INAH, the team was astonished at the scale and degree of urban construction. Immense apartment-style residential compounds have been identified throughout the surveyed area, some with as many as 60 individual structures—the seats of large households composed of extended families and affiliated members.

These large residential units were clustered around numerous temples, shrines and possible marketplaces, making Calakmul one of the largest cities in the Americas at 700 AD. Researchers were also able to see that the magnitude of landscape modification equaled the scale of the urban population. All available land was covered with water canals, terraces, walls, and dams, no doubt to provide maximum food and water security for the city dwellers.

Going forward, the lidar survey will be used by INAH to help with policy and planning for the Biosphere in anticipation of the expected increased tourism in the area. Lidar will also continue to support the Bajo Laberinto Archaeological Project which aims to investigate the causes for the rapid population increase at Calakmul and its effect on the region’s environment.

I think that, in the Mayan Penninsula, we find what the original South Indian culture was truly like, preserved.

You know @deandddd , the Maya community was mentioned even in the Mahabharat epic , as a people living in Pataal loka (can also be interpreted as the opposite side of the world from the Indian subcontinent)...!

Even from the perspective of what is above it, North America, the Yacatan is the "under" part, Patala. I think it might have been grouped with South America.

This is amazing information.

Yes , thanks @deandddd , technologies like LIDAR and GPR are a boon for such research...we can expect more stunning discoveries , like this one , in the coming years ! 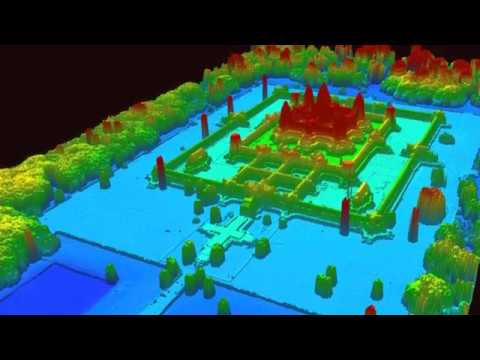 I think we could learn so much if we could explore underwater sites and underground sites, as well as hidden above ground sites. There is so much more to our history than we know.

The Amazon region has towns built of stone construction, on the surface, and no one is encouraged, or allowed, to just go and see.

I think if the forest was gone and people could go visit, they might be shocked at the number of cities there.

Yes , true @SilverMoon . At some point in the past , the tropical rainforest had reclaimed several of these ancient cities . One by one , those are now coming to light again !