At least we have allies in the Spanish language.

Very interesting, thanks for sharing. This seems to be an interesting book that was listed a few days ago (at the very least a collection of some interesting artwork even if no new info):

Paperback, 272 pages
Here are some images of that book: 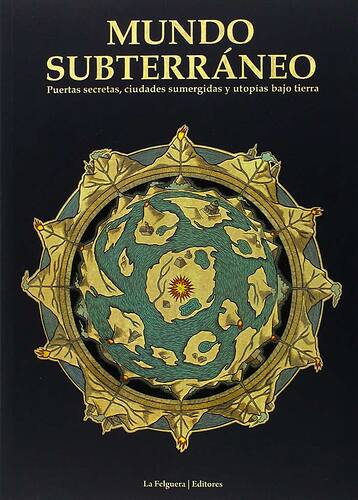 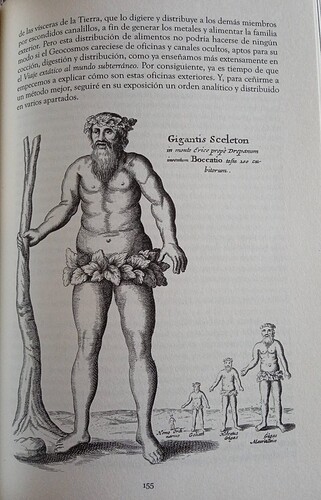 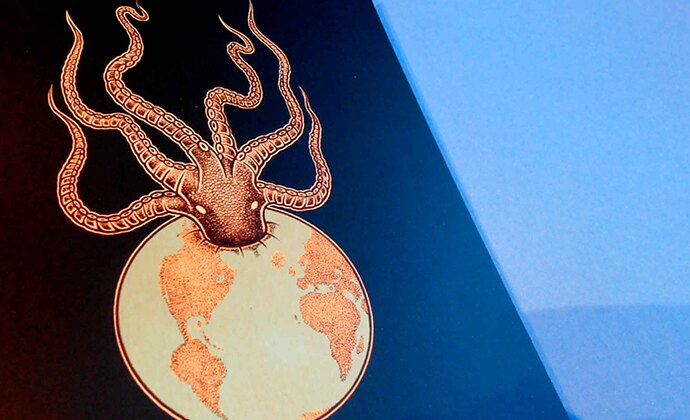 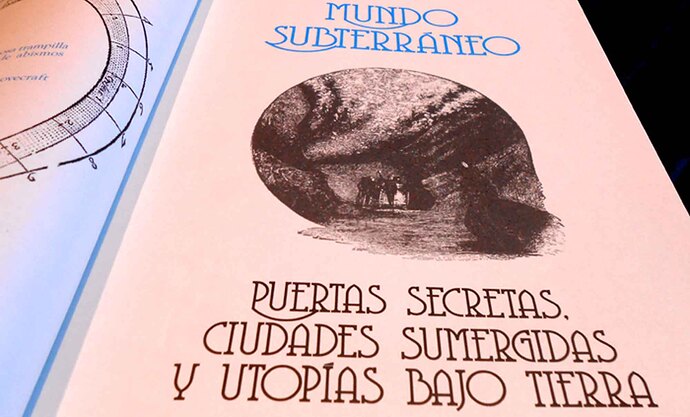 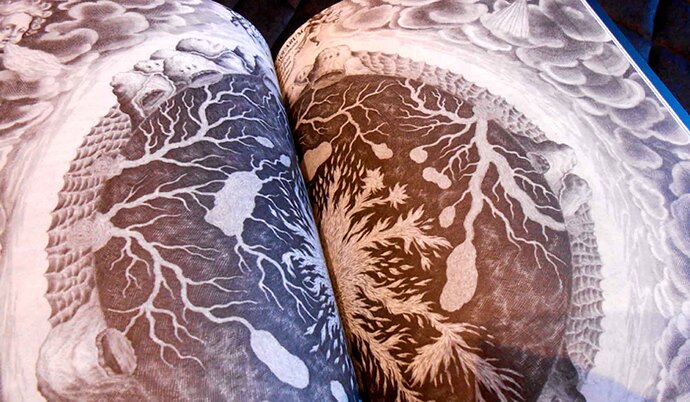 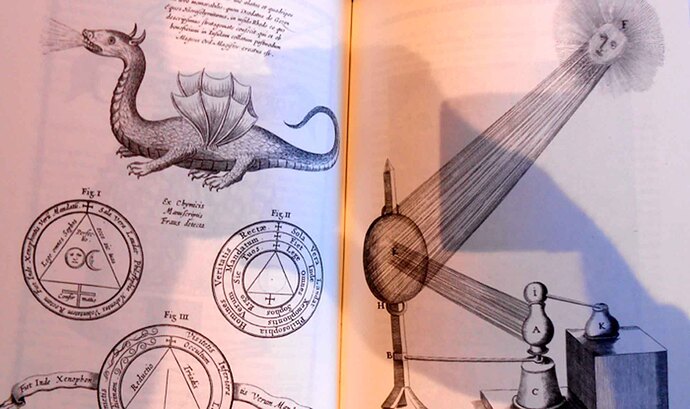 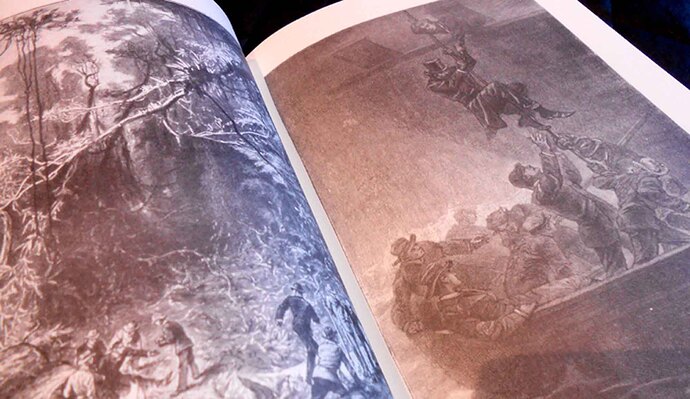 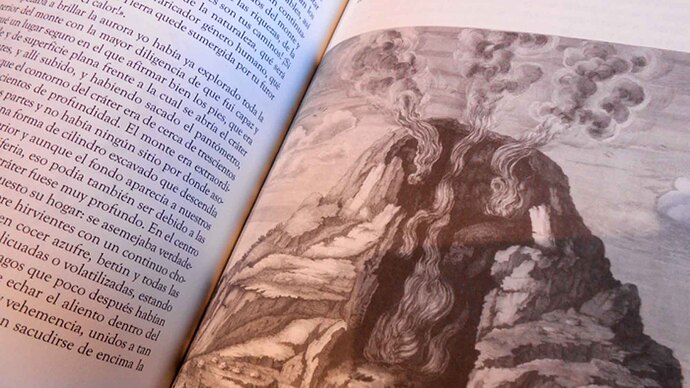 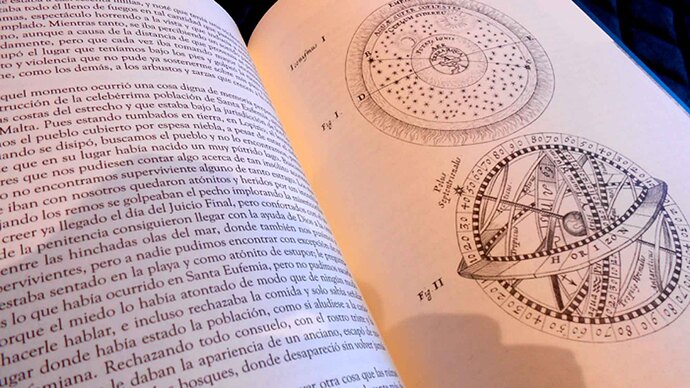 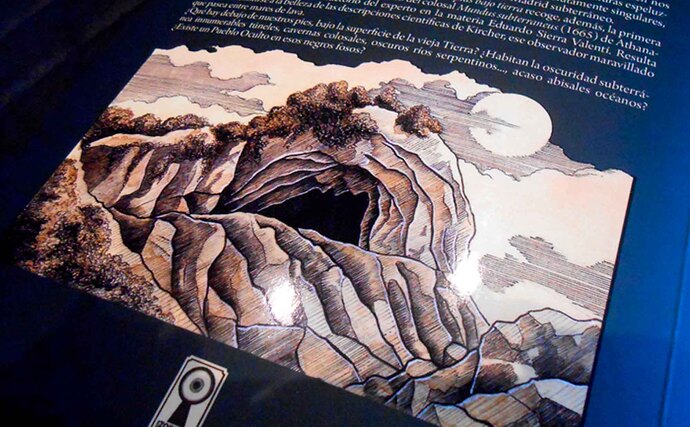 Wonderful, simply wonderful to see it.

Mundus Subterraneous was the Magnum Opus of Athanasius Kircher...he was no less of a visionary than Galileo...one turned his gaze heavenwards and the other , towards the Earth's interior !

Indeed - but taking this further, turning one's gaze heavenwards may actually be towards the inner sun as it is the throne of Jehovah and the beings of celestial glory here on this planet!

On a different note , @Soretna , the 3rd image posted by you (the one after the giant) , which symbolically (not literally) shows flames shooting out of the North Polar opening...it's incredible , just mind boggling to imagine that almost 400 years ago, Kircher the polymath & genius - had realised that the Polar regions are actually hot spots , emitting the heat of the inner Sun via the Polar opening !!

A different interpretation of that same image could be the Kraken monster/Vritra the Vedic Dragon , blocking up the North Polar opening , thus holding the waters captive !

Interesting for sure. I'm not sure that that particular image is Kircher's own drawing and was under the impression it was just artwork someone had generated perhaps for this book. The artwork is, however, quite interesting and neat overall even if from various artists.

@Soretna , this German Polymath Athanasius Kircher was such a genius - here is an interesting extract from his work :-

As a French writer put it some years later, “it would take a whole journal to indicate everything remarkable in this work.” There were extended treatments on the spontaneous generation of living animals from non-living matter, the unethical means by which alchemists pretended to change base metals into gold, and the apparent tricks of nature we now recognize as fossils.

***SPONTANEOUS generation of living animals from non-living matter...hmm ! This echoes what that British researcher , Rupert Sheldrake , talks about in his theory of Morphic Resonance - templates for life exist in nature at all times , it just "manifests" when favourable conditions arise in a particular environment !! You may recollect our discussions on this forum about how simpler life forms such as viruses , bacteria , insects and small aquatic creatures , seemingly "pop into existence" out of nowhere , then multiply rapidly eg. diverse varieties of fish found in the remotest
of mountainous lakes , or even mosquito larvae just appearing out of nowhere in stagnant pools of water !

Mainstream scientists will find it SO difficult to digest such a concept , they will FOREVER be stuck in their "chicken and egg" conundrum of what came first - the chicken or the egg ?? Who will tell them that their question itself may be framed incorrectly :)) 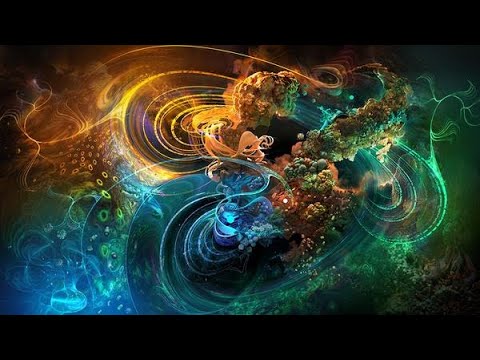