This article has some fantastic information. 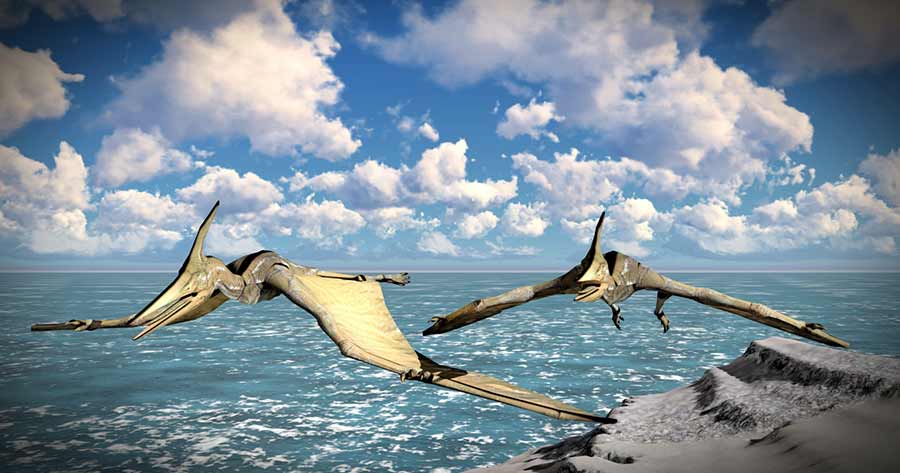 Throughout history, every major culture has stories of reptilian monsters who threatened their livelihood. From the Egypt to India, and even the Sioux Nation, tales of these flying dinosaurs or winged lizards have filled the cultural imagination of...

It’s not too long, but it will hold your attention.

Flying dragon and flying snake sightings are mentioned, too. Arjuna of The Bhagavad Gita had a grandson named Parikit who was killed by a flying snake named Tarkshaka.

Online Wikipedia: “ Astika was an ancient Hindu rishi (sage), and he was a son of Jaratkaru by the serpent goddess Manasa - a sister of the great serpent king Vasuki. According to the Mahabharata , he saved the life of a serpent Takshaka, the king of snakes, when the king Janamejaya organized a snake sacrifice known as Sarpa Satra, where he made great sacrifices of serpents, to avenge for the death of his father Parikshit[1] due to snakebite of Takshaka. Ultimately, he induced and prevailed upon the king to end his persecution of the serpent race.[2] That day was Shukla Paksha Panchami in Shravan and is since celebrated as the festival of Nag Panchami.[3] “

The article doesn’t say much about the origins of these creatures,except for one about a third of the way down: “ On a warm night in 1619, while contemplating the serenity of the heavens, I saw a shining dragon of great size in front of Mt. Pilatus, coming from the opposite side of the lake, a cave that is named Flue, moving rapidly in an agitated way, seen flying across; it was of a large size, with a long tail, a long neck, a reptile’s head, and ferocious gaping jaws.”

I call this type of information “tip of the iceberg evidence”. They have underground origins. Bats live underground in caves, and they have webbed wings, too.

Folks , the most interesting part of this story , which to me makes it genuine , is the point about bioluminescence .

Back in the heyday of the dinosaur age , over 65 million years ago , pterodactyls were clearly living on the Earth's surface . So , when that giant asteroid struck our planet , some of the (relatively) smaller dinosaurs like the pterodactyls , probably managed to escape into the underground cavern networks below .

There , over millions of years , they would have evolved....bioluminescence is usually associated with deep sea creatures , where Sunlight never reaches . Maybe , pterodactyls too needed some "light" , to see in the pitch dark of the cavern worlds below - so they may have gradually developed bioluminescence...

A more bizarre possibility could be that over the ages , pterodactyls managed to mingle their genes with some bioluminescent creature of the cavern worlds & hence these strange flying creatures being sighted now are actually hybrids ?? An intriguing possibility indeed !

I can say one thing, flying snakes are still around.

And the Jerome Clark book mentions a couple more incidences.