Folks , this is a mind-boggling video , that's got incredible content - many cavern world connections here . It's an absolute must watch ! 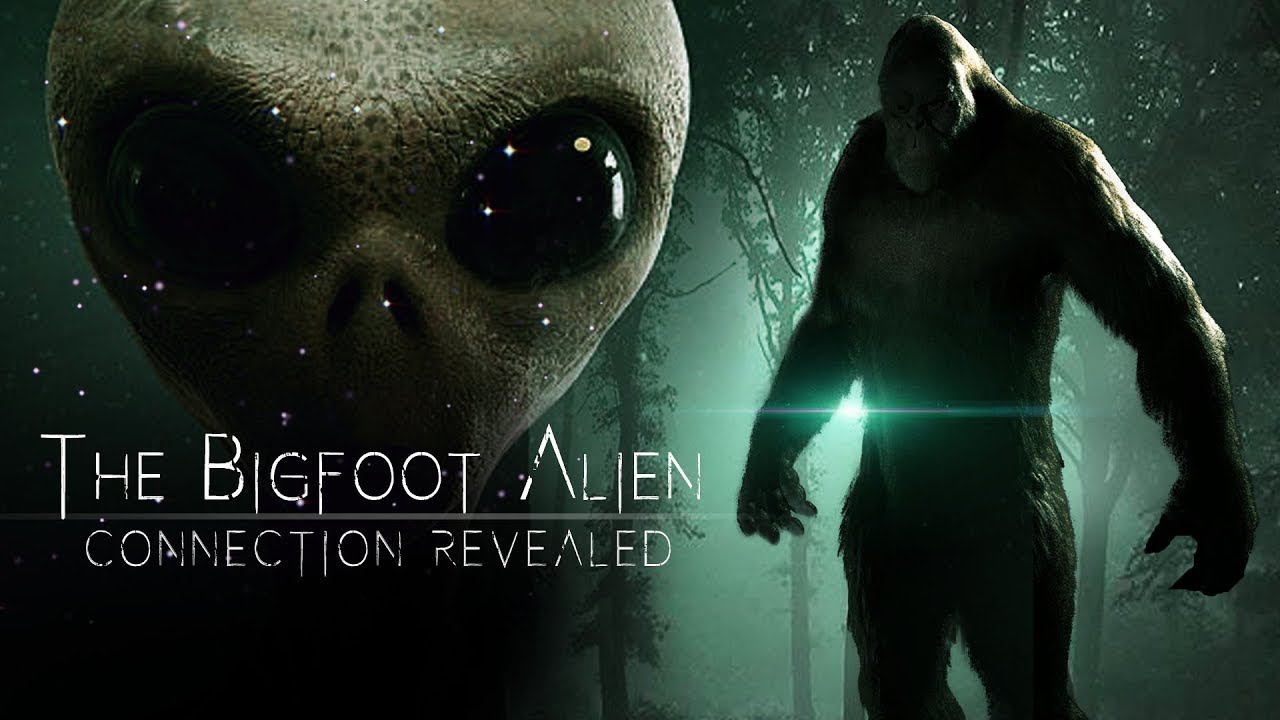 List members , I found these two fascinating articles on this subject :- 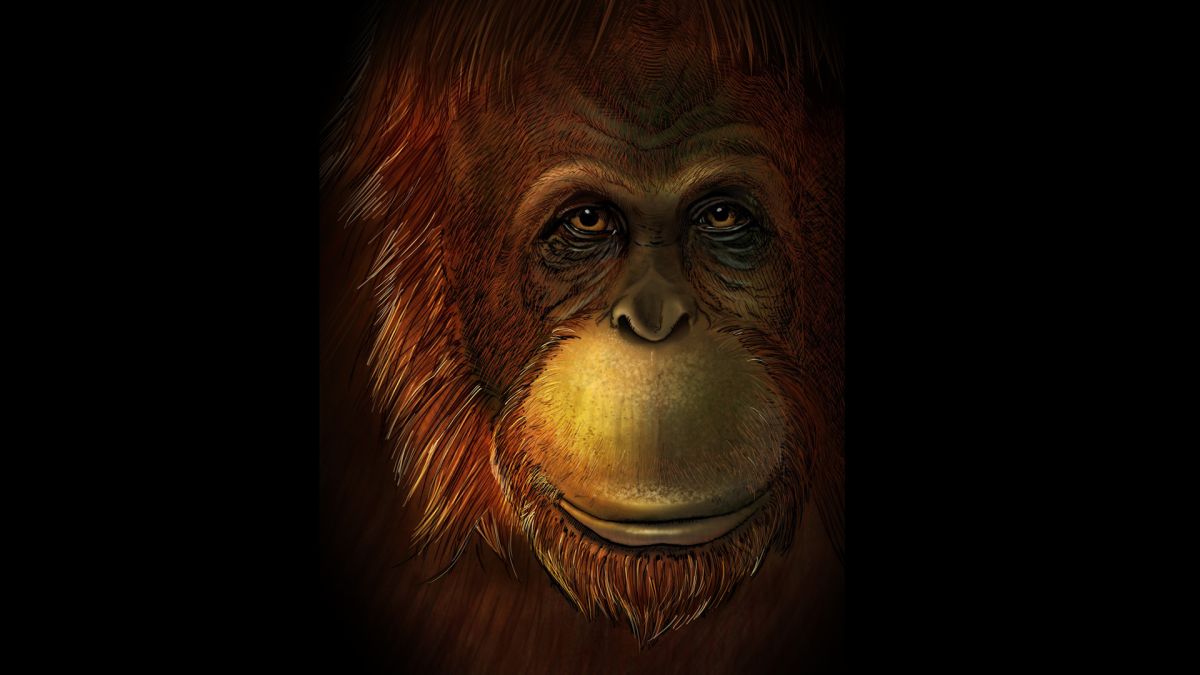 The massive, extinct primate was twice as tall as an adult human.

The massive, extinct primate was twice as tall as an adult human. 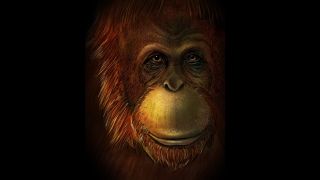 The mythical and elusive "Bigfoot" is a creature of legend, but for millions of years, the original Bigfoot — a shaggy, bipedal ape twice the size of an adult human — roamed the forests of Southeast Asia, before going extinct hundreds of thousands of years ago.

Scientists are now developing a clearer picture of the giant animal's place on the primate family tree, after conducting groundbreaking analysis of proteins in tooth enamel dating to nearly 2 million years ago.

Gigantopithecus blacki dwarfed the great apes that live today; it stood around 10 feet (3 meters) tall and weighed up to 595 lbs. (270 kilograms). But as massive as Gigantopithecus was in life, fossils of the hefty primate have been few and hard to find — thousands of teeth and four partial jaws — leaving many questions about the extinct ape's evolutionary lineage and appearance.

Related: Kind of a Big Deal: How King Kong Measures Up (Images)

Genetic analysis of fossils can provide important clues about long-extinct animals, but in very old fossils from warm, humid geographic regions, the DNA is usually too degraded to be of much use. For example, in subtropical Asia where Gigantopithecus lived, the only viable DNA previously obtained came from other animals' fossils that were no more than 10,000 years years old, according to a new study, published online today (Nov. 13) in the journal Nature.

However, the study authors had recently devised a new method for recovering and reconstructing protein sequences from dental enamel, and they tested this technique on a Gigantopithecus molar dating to 1.9 million years ago. They then compared what they found to a database of protein sequences from great apes alive today.

They found that the extinct "Bigfoot" isn't a close human relative, like chimpanzees and bonobos. Rather, the sequences that most resembled Gigantopithecus proteins belonged to modern orangutans, and the giant ape's lineage is thought to have split from its cousin's around 12 million to 10 million years ago, the scientists wrote in the study. The success of their method raises intriguing possibilities for investigating protein sequences in other extinct primates from tropical areas — "namely, extinct species more closely associated with our own evolutionary lineage," Cappellini said.

In reconstructions, Gigantopithecus often resembles an oversize orangutan; in the past, these artistic representations have been based on limited information from the fossils and from what was known about the primate's range and ancient habitat, Cappellini said. But even though the new evidence confirms a close evolutionary relationship between Gigantopithecus and orangutans, the data can't tell scientists what the extinct ape may have looked like, Cappellini added.

"The information we retrieved can't say anything about appearance, phenotype or biology," Cappellini explained. "There's no evidence for that." 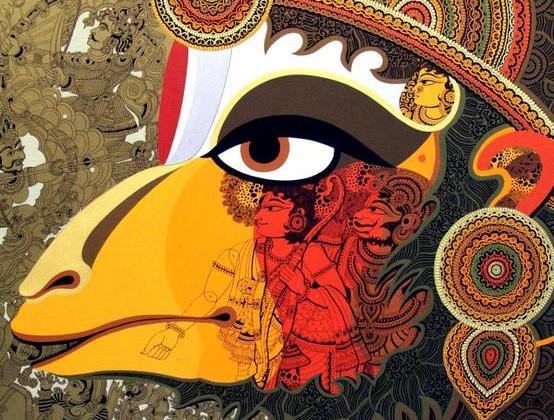 Jambavantha Race in Ramayana were not Bears

Jambavantha Race in Ramayana were not Bears - Jambavan or Jambavantha was depicted in Ramayana as a Riksha-Raja (King of Bears).He is really the first of these races who walked on two legs and were created directly by the creator...

Jambavantha Race in Ramayana were not Bears 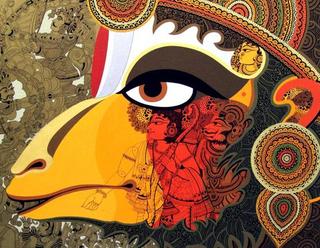 He is really the first of these races who walked on two legs and were created directly by the creator Brahma.

Puranas have clearly described that there are many tribes and races who are more developed than humans.

Vanaras, Kimpurushas were among such advanced races.

Jambavan was always depicted as in reality, Riksha means a star and the sanskrit word, ‘Antariksha‘ (अन्तरिक्ष, which means ‘space between the stars‘) is derived from it.

‘Ursa Major‘ (Latin: “Larger Bear“) is a constellation visible throughout the year in most of the northern hemisphere and it has mythological significance in numerous world cultures.

The seven brightest stars of Ursa Major form the asterism known as the Big Dipper in the USA and Canada, the Plough in the United Kingdom, the Großer Wagen in Germany & Austria and the Saptarishi in India.

jambavathi weds krishnaJambavan is not an actual bear because he had a daughter named Jambavathi, whom he got married with Lord SriKrishna.

Jambavathi went onto become one of the queens of Dwaraka and she had a son with Krishna, named Samba.

This Samba was the only successor of Krishna (after krishna’s demise) and his son Vajranabha constructed the present Krishna temple in dwaraka.

Bhagavata Purana describes a 28 day fight between Jambavantha and Krishna for ‘Syamantakamani‘ (A diamond which is said to have been cut into multiple pieces later and one such piece is the famous Kohinoor which was found in Guntur district of Andhra Pradesh, India. This was later taken by Mughal emperors and then got exported to London during british rule in India).

It was on the 28th day that Jambavan realized that Krishna is avatar of Vishnu, who inturn in Lord Rama.

So he withdrew from battle and offered him the diamond.

Lord Krishna addressed him as King Jambavan of the forest, because he and not the lion was actually the king of the forest; with his naked hand, without a weapon, Jambavan killed the lion and took the diamond from it.

Jambavan had a boon from Rama in Lanka that the lord would fight with him once, which was fulfilled in the form of Krishna.

At the foot of Mount Mahendra, where Hanuman is about to take a leap, Jambavan mentions that he could have jumped over the ocean to Lanka except that he got injured when he was beating the drum for Vishnu during the Vamana Avatara when the great god measured the three worlds (continents) in three feet.

Vamana’s shoulder struck Jambavan and he was injured which limited his mobility. And once during the Samudra-Manthan (churning of milky ocean),he was present at the time of the event.

He got to know about the all-curing plant Vishalyakarni from the gods there and he later used this information to order Hanuman to help an injured and unconscious Lakshmana in the great battle with the Lanka emperor, Ravana.

The description by Valmiki in Ramanaya suggests that Jambavan was a very sturdy and strong fighter.

He looked like a strong blackman who had thick hair allover his body.

“Those giants who appear like black clouds or black collyrium with body full of hairs” – Yuddha Kanda 6.27

No bear throws stones at others.

They also pluck out huge trees from roots and fight with them (similar to Vanaras).

Ramayana depicts Vanaras to be Golden to Tawny colored skin and Hanuman to have coral colored face, while Jambavan and his men were dark in color.

This description matches with the infamous ‘Big Foot‘.

These races are called as Kimpurusha in Puranas because it simply means “what kind of person is this ? (Kim = what, Purusha = Person)”. Kinnara mean, it is doubtful and hard to say if it is man or monkey. Yeti, Sasquatch, Big Foot etc belong to such races and they exist even today.

The example of Zana and her great-grand children prove the existence of giants.

In Mahabharata, Bheema the second of Pandavas married a giant women Hidimbi after he killed Her brother Hidimba. They had a giant son named Ghatotkach, who created terror among Kaurava camp during Kurukshetra war.

Jamthun (जामथुन) village in Ratlam tahsil in Ratlam district in Madhya Pradesh, India, located in northwest of Ratlam city, has traces of ancient habitation. It is known as the city of Jamvanta (जाम्‍वन्त) or Jamvanta Nagari. Ancient bricks have been found in excavations.

Jambavan cave is located at village named Ranavav, 17 km from Porbandar, off Rajkot-Porbandar highway in Gujarat.

Inside the cave there is the spot where Lord Sri Krishna and Jambavan fought over the Syamantaka jewel for 28 days continuously day and night.

There is an exact spot where Jambavan gave Syamantaka jewel and gifted his daughter Jambavati for marriage to Lord Krishna .

Inside the cave there are 2 tunnels. One tunnel leads to Junagarh which is 2 hours away, and other leads to Dwarka .

Jambavan, together with Parasuram and Hanuman, is considered to be one of the few to have been present for both Ram and Krishna avatars. Said to have been present for the churning of the ocean and thus witness to the Kurma avatar, and further the Vaman avatar, Jambavan may well be the longest lived of the chiranjivis and have been witness to the most avatars than any other earthly being .