Abundant liquid mercury, mica, and pyrite found in tunnels beneath the pyramids !

Folks , this is a mind blowing story about the ancient city of Teotihuacán , in Mexico :- 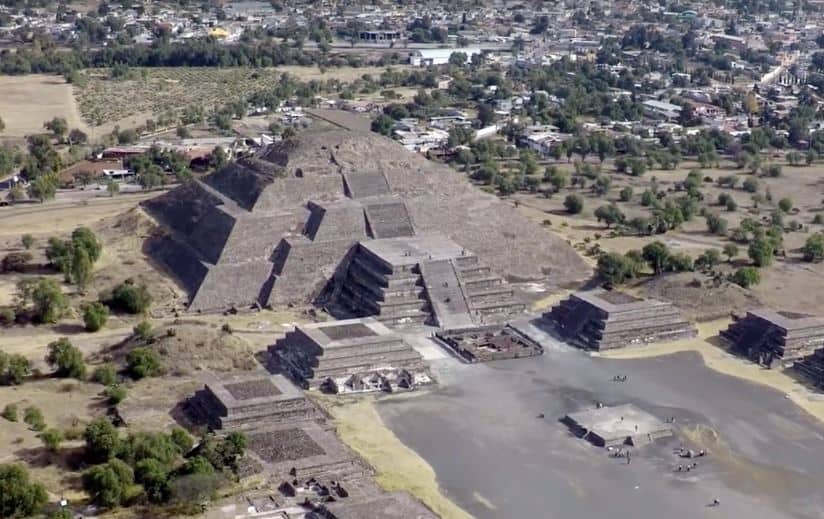 Abundant liquid mercury, mica, and pyrite found in tunnels beneath the pyramids

For part two, see: Was the ancient city of Teotihuacán abandoned when an electromagnetic power plant exploded?

Abundant liquid mercury, mica, and pyrite found in tunnels beneath the pyramids

This is part one of a two-part exploration of the Ancient Aliens episode, “City of the Gods.”

For part two, see: Was the ancient city of Teotihuacán abandoned when an electromagnetic power plant exploded?

As fans of the Ancient Aliens series on the History channel, some episodes really stand out. Season 12, Episode 7, titled “City of the Gods,” is one such example. Although even fans may have some doubts about the often wild ideas and questions about extraterrestrials, this show was stunning. It was so fascinating that this article will be made up of two parts.

The episode covers the Mesoamerican pre-Aztec city of Teotihuacán (pronounced tay-oh-tee-wah-KAHN), founded sometime around 400 BC. Teotihuacán translates as ‘the place where men become gods’ in Nahuatl, the language of the Aztecs. The name also translates to “birthplace of the gods,” or “the place where gods were born.”

Nobody knows for sure who built the city, not even the Aztecs, who named the place. It’s a mystery that, of course, leads the show to point to possible ancient aliens. In this case, it seems more probable after you learn more.

Keep in mind, Teotihuacán stumps mainstream archaeologists. According to Smithsonian:

“They took their secrets with them. Today, even after more than a century of excavation at the site, there is an extraordinary amount we do not know about the Teotihuacanos. They did have some kind of quasi-hieroglyphic written language, but we haven’t cracked it; we don’t know what tongue was spoken inside the city, or even what the natives called the place. We have a conception of the religion they practiced, but we don’t know much about the priestly class, or the relative piety of the city’s citizenry, or the makeup of the courts or the military.”

“We don’t know exactly what led to the city’s founding, or who ruled over it during its half-millennium of dominance, or what exactly caused its fall. As Matthew Robb, the curator of Mesoamerican art at San Francisco’s de Young Museum, told me, ‘This city wasn’t designed to answer our questions.'”

The largest city in the western hemisphere before the 15th century, Teotihuacán is an eight-square mile city. In its day, it functioned like a modern-day Manhattan, with thousands of apartment-like family dwellings built around the center.

This ancient Mesoamerican metropolis seemed to spring out of nowhere. With roughly 100,000 to 200,000 residents at its peak, the city required substantial infrastructure and resources. However, it had no military structures at all, which may be partly why it later collapsed after 700 years. 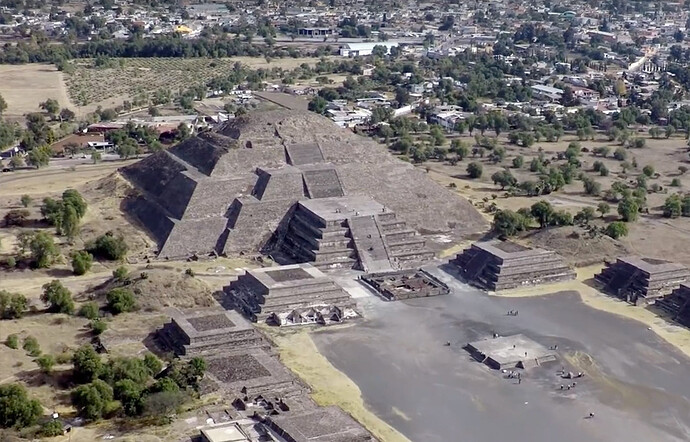 A theory suggests that the poorer classes rose up against the elite. There is evidence of a great fire around this time, and ancient astronaut theorists suspect it was due to an explosion at the main Pyramid and the Avenue of the Dead. They suspect it served as an electromagnetic power plant at one time, tapping into the resonant power of the Earth.

Was mercury part of the technology for spacecraft at Teotihuacán? Considering that the element is mentioned in ancient Indian texts as integral to flying ships called Vimanas, it remains a possibility.

“So here we have the idea that this mercury is being found at archeological sites is really part of the propulsion of some of the craft that the extraterrestrials were using here on Earth,” says author David Childress.

In part two, we’ll take a closer look at these discoveries at Teotihuacán and the giant fire that ancient astronaut theorists believe erupted from the ‘power plant.’ 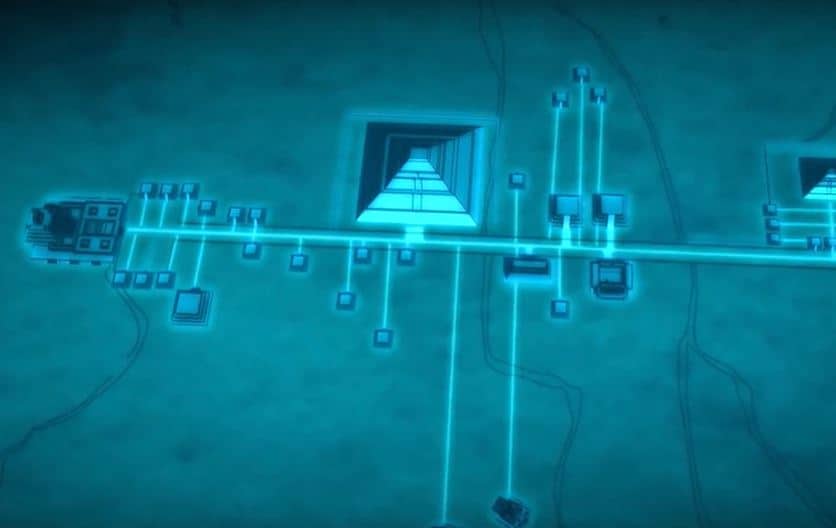 Was the ancient city of Teotihuacán abandoned when an electromagnetic power...

For part one: Abundant liquid mercury, mica, and pyrite found in tunnels beneath the pyramids