And the article says: "Earth quakes in China are not a natural happening". 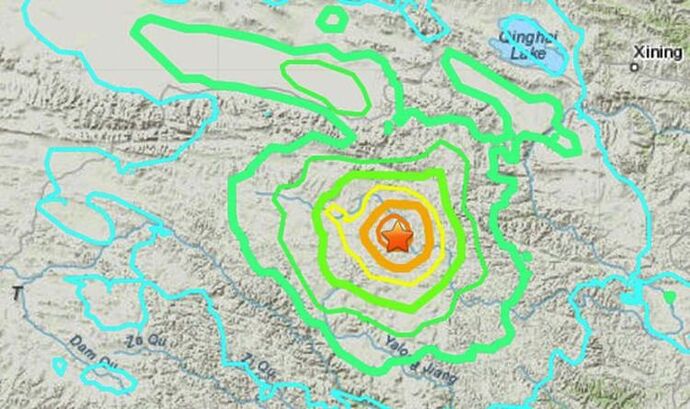 CHINA has been rocked by a huge 7.4 magnitude earthquake on the same day a person was killed in an earlier deady quake.

I would say that somebody just beamed a reality check into the heartland of China.

This quake might actually imply that significant warfare is going on below the surface, already!

And furthermore ... Recall that there were strong tremors beneath southern California a few months ago, but there was a Marine division on top, directing things, and for a while. We can assume that there were explosions planted and that the explosions that set off the tremors were done on purpose. But the good guys beat the bad guys; Marines on top!

This time, there was an earthquake where earthquakes don't happen, and we'll suppose that it was certainly due to an underground explosion. But it wasn't directed by the Chinese Army. So I imagine that the good guys did it to them, the good guys beat the bad guys again.